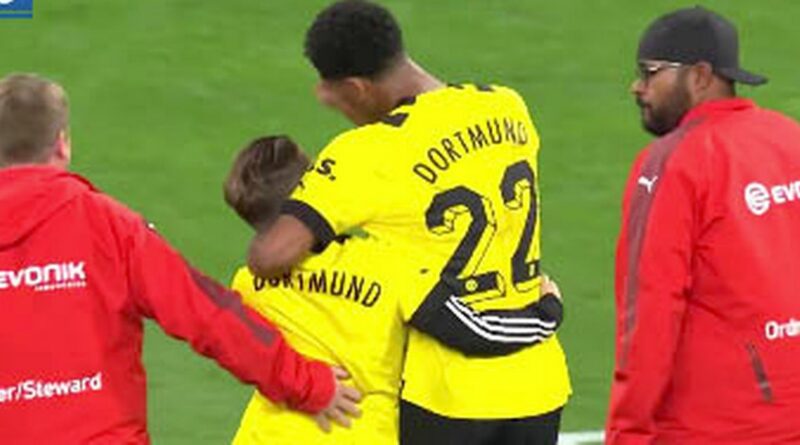 The teenage midfielder played the full 90 minutes as his side made it four wins from five in the Bundesliga by beating Hoffenheim 1-0 at home on Friday night. A 16th minute goal from captain Marco Reus proved to be the difference between the two sides as Dortmund climbed to the top of the table ahead of the rest of their rivals playing this weekend.

However, the match had to be briefly paused during the final 10 minutes after a young Dortmund fan ran onto the pitch.

READ MORE: Liverpool and Chelsea both made approaches for Jude Bellingham this summer

The supporter made a beeline for Bellingham after managing to evade security and get onto the playing surface at Signal Iduna Park.

Bellingham could be seen hugging the youngster as security approached the pair, before helping to walk the fan off the pitch so that play could resume.

Luckily for Dortmund, they were able to see out the remainder of the match without conceding an equaliser, despite the stoppage time added due to the delay caused by the pitch invasion.

They had failed to do the same in their last home match, though, conceding three times after the 89th minute to throw away a 2-0 lead against Werder Bremen.

Bellingham has become a star in Germany since joining Dortmund from boyhood club Birmingham City in 2020 for £22.5million following a breakthrough season for the Championship side.

He has since gone on to make 95 appearances for the German giants, scoring 11 goals and providing 19 assists from midfield in the process. Bellingham was also a member of the side which won the German Cup in 2021.

Should Jude Bellingham move to the Premier League next summer? Let us know in the comments section below.

Later that summer, he was included in Gareth Southgate's England squad for the Euros, playing three times as the Three Lions made it all the way to the final. He has won 15 caps for his country since making his debut as a 17-year-old in November 2020.

Still a teenager, Bellingham was strongly linked with a return to England this summer, with a host of Premier League giants linked with a move. However, it is understood that only Liverpool and Chelsea made approaches for this services during the transfer window. 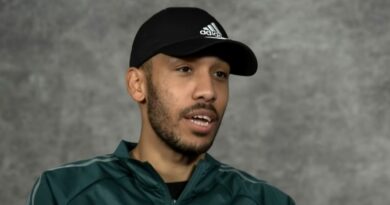