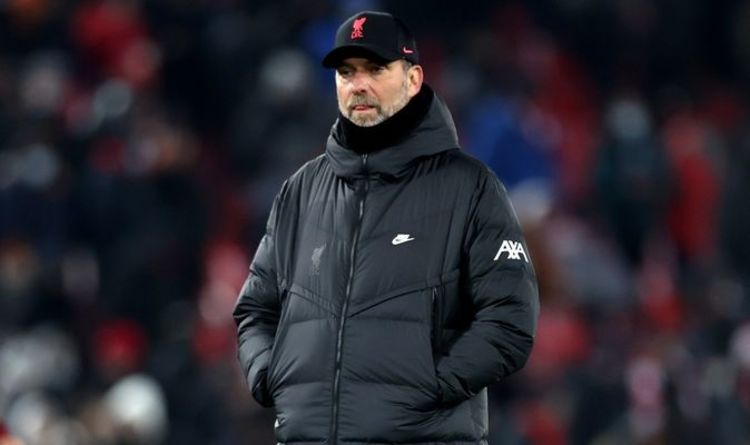 What would Liverpool and Jurgen Klopp’s ideal signing in the January transfer window be? With Mohamed Salah and Sadio Mane set to depart for the Africa Cup of Nations, it would require somebody with a strong track record of contributing goals and assists in the Premier League.

Klopp would most likely favour a player he has worked with before and understands the intricacies of his system and contains the physical stamina and intensity to thrive.

How about a player entering his prime years having already wracked up 200 Premier League appearances and averaged a goal or assist every two matches?

Liverpool’s stringent pragmatism and desire to barter and negotiate every single aspect precedes itself; therefore, the sight of a cash-strapped, European giant who not only wants to move said player on, but desperately needs to.

And finally, how about a star arriving with an enormous point to prove and the intrinsic motivation of representing his country in the upcoming 2022 World Cup – how about Philippe Coutinho?

Coutinho didn’t just leave Anfield under a dark cloud, he escaped out the exit door with a tidal wave of anger and fury in close pursuit. The disrespectful nature in which his £142million transfer to Barcelona in January 2018 was secured bordered on the outrageous.

Liverpool desperately tried to convince Coutinho to stay but he was belligerent to their approaches and determined in his stance to leave. Not only did he reject every single olive tree offered by the Reds, but he also reportedly paid around £11.5m to help secure his exit, according to the Times.

However, the footballing landscape has shifted somewhat seismically as Coutinho currently finds himself amidst the rubble of Barcelona’s spectacular collapse. His £275,000 per week wages are burying the Catalans, prompting them to issue an ‘SOS’ distress call to his agents in the hope they can speedily manufacture a move for Coutinho.

Such is Barcelona’s desperation to shift Coutinho from their crippling wage bill, Liverpool would likely be in a position where they could loan the Brazilian and pay half of his salary, with the Catalans supplementing the other half.

An 18-month deal would not only help fill the void departed by Salah and Mane when they head to the Africa Cup of Nations, it would also take Liverpool to the end of Salah, Mane, and Roberto Firmino’s contracts. Salah will surely put pen to paper on a new deal at Anfield, yet uncertainty and ambiguity remains within the negotiations of Mane and Firmino.

If the Liverpool duo decide to take up a new challenge and depart Anfield at the end of their contract, they will have a ready-made replacement in Coutinho, who would not cost them a single penny in transfer fees.

Coutinho has been a shadow of his former self, but so have Ousmane Dembele, Frenkie de Jong, Antoine Griezmann, and many other high-profile signings who were unsurprisingly unable to thrive in a landscape dominated by constant managerial changes and off-field political instability.

The latter has been outstanding in the Champions League since returning to Atletico Madrid this summer, even if his form in La Liga has fallen somewhat short of his usual standards.

Griezmann did not depart Diego Simeone’s in the most graceful fashion, but the awkward atmosphere was soon dissipated with positive performances and goals. Coutinho is not the first world class player to depart the Premier League and struggle in La Liga.

Eden Hazard has not lived up to expectations at Real Madrid when he seemed ready to take the Bernabeu from storm after a world class season with Chelsea. The Brazilian forward would expect and understand the inevitable outcry which would very well greet his return to Anfield, but such furore would be eased Klopp were to lend his support to the loan deal.

And all would be close to being forgiven and forgotten if Coutinho was to generate momentum with one of his trademark curling efforts from 25-yards.

Reports from Fichajes, via the Mirror, have claimed Arsenal manager Mikel Arteta has given a “resounding yes” to a possible move for Coutinho, and that news should be received with little surprise.

Out of sheer desperation, Barcelona will be selling silk at the price of polyester, and Liverpool should be at the front of the queue, with their loose change at the ready.

Champions League quiz: Can you name every winning manager?