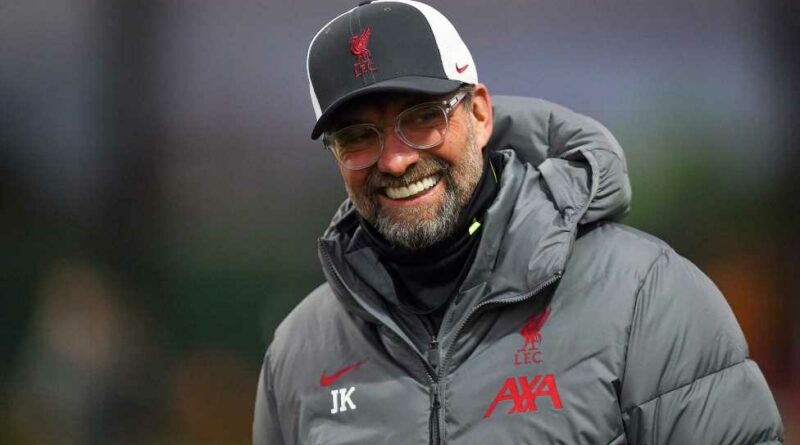 Liverpool manager Jurgen Klopp insists he and owners Fenway Sports Group are on the same page when it comes to transfer business in the midst of the Covid-19 pandemic.

The defending Premier League champions are unlikely to bring anyone in during the January window as the club, like many others, keep a tight rein on their finances after an unprecedented 10 months.

So any chance of bringing in a centre-back as cover for the three senior players he currently has injured is a non-starter.

But Klopp accepts that is the understandable and responsible course of action – he prefers to do his significant business in the summer anyway – and rejected suggestions John W Henry’s FSG did not understand his needs.

“And that is an understanding how we have it. They see exactly the same things I see about necessity of players and stuff – it’s not that I say ‘By the way a centre-half would be really nice’ and they say ‘Wow, a centre-half. Really? Why?’.

“It is all clear, all on the table, we work on that. It is the situation and on top of that we have January, not the easiest transfer window, having not the money exactly like we want.

“It is a window where other clubs say ‘No, we have enough (money) to survive’ so we don’t do anything on our targets.

“It is nothing to do with worrying (about whether it affects their chances of defending their title) or not. These are the facts.

“My job is to deal with the circumstances which I always do. If the world would be in a completely normal place, we would try everything to do the right stuff now but the world is not in a normal place so I don’t know why we constantly try to treat the football like it is independent of other issues around.”

The news there will be no incomings this month will no doubt infuriate some sections of the fan base, who have seen a drop-off in performances recently with just two wins in six matches and none in their last three.

Klopp, however, brushed that aside.

“I am a football supporter but not employed here as a supporter, I am employed as a manager,” he added.

“As a supporter I see we need a centre-half and another club has a good one so bring him in. I understand that.

“My job is not that, my job is to make the players we have here as strong as possible to deal with it.

“Would one centre-half help and sort all our problems? For a game or two and then he could be injured as well.

“It is the trickiest situation you can imagine; you have three senior centre-halves and they are all injured. That doesn’t happen a lot but it happened.

“We have to deal with it and we cannot solve it on the transfer market.

“The club tries what they can but if they can’t then we have to do what we did so far: get stronger as a group, stick more together and fight against the world, fight against the circumstances, strike back with all we have and make the most special season ever of it.”

League 2 could end season – in decision that may impact Prem