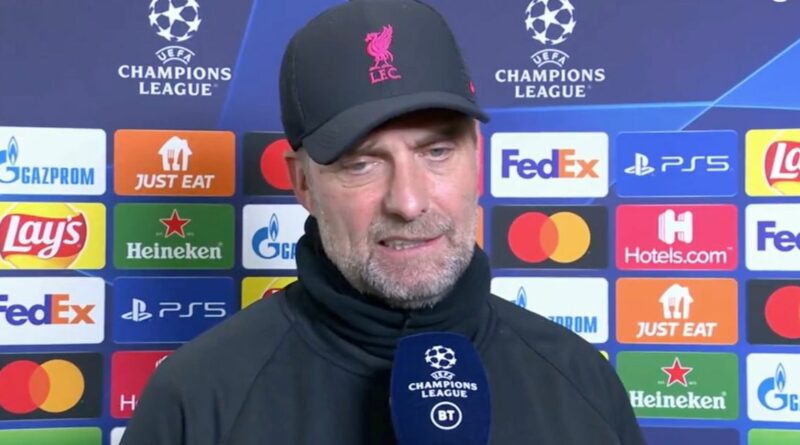 Jurgen Klopp has asked BT Sport to move Liverpool's trip to Newcastle United later this month as the row over fixture congestion rages on.

The Reds boss has been publicly critical of the fixture list this season as Liverpool's matches pile up as they approach the end of the season and continue to chase a quadruple. Now, he has called on BT Sport to switch the kick-off time for their league match against Newcastle on April 30.

Liverpool are set to travel to St. James' Park for a 12:30 kick-off, less than 72 hours after their Champions League semi-final first leg against Villarreal.

Speaking ahead of Saturday's FA Cup semi-final against Manchester City, via The Athletic, Klopp explained: “If you want to cause us problems you send us to 12.30 at Newcastle.

“I don’t understand it. I can understand that people want to see a football match between Liverpool and Newcastle but I don’t see why any team should have an advantage or a disadvantage.

“The league and the broadcaster really have to try at least to help. We will see. I haven’t heard anything yet. Nobody from BT contacted me yet. But I’d say common sense would tell you that it's probably the right thing to do to move the game slightly backwards.”

Should Liverpool's clash with Newcastle United be moved? Let us know in the comments section below.

Klopp is unhappy with Liverpool having to play Newcastle under three days after they host Villarreal at Anfield on April 27, before travelling to Spain for the return leg on May 3.

Those three matches are part of 10 that the Reds currently have in the next 38 days to the end of their season, although they could have two more if they reach the final of both the FA Cup and the Champions League.

Liverpool remain in the hunt for a quadruple, having already won the League Cup in February and are just one point behind league leaders City with seven matches remaining.

The two title chasers meet again in the FA Cup on Saturday lunchtime, having both progressed to the last four of the Champions League on Wednesday night.