Liverpool boss Jurgen Klopp has admitted his players “lost the plot” as Aston Villa recorded a famous 7-2 victory against the defending Premier League champions on Sunday. The day had already seen a few shock results with West Ham recording a 3-0 win over Leicester while Tottenham thrashed Manchester United 6-1.

But the biggest shock of all came at Villa park with Dean Smith’s side picking apart Klopp’s side from the very first whistle.

Liverpool looked all at sea early on with Villa breaking through their high line on a regular basis.

Adrian was deputising in goal for the injured Alisson and he was at fault for Villa’s opening goal after gifting Ollie Watkins an easy tap in inside four minutes.

He soon doubled his lead midway through the first half with a brilliant effort.

JUST IN: Liverpool player ratings: One player gets a 3 in defensive horror 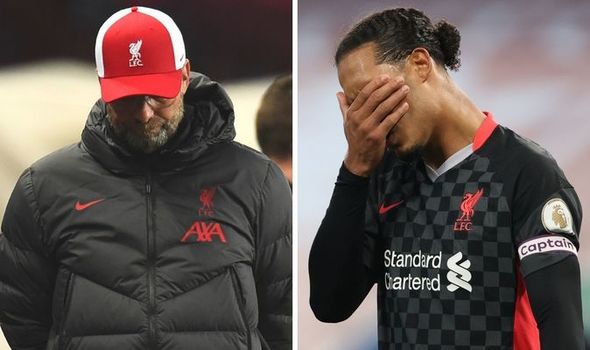 Mohamed Salah halved the deficit soon after but Liverpool never truly looked comfortable at the back with Villa capitalising with every move forward.

John McGinn’s deflected effort from outside the box restored Villa’s two-goal lead before Watkins completed his hat-trick before half-time.

Klopp made some changes to his system at the break with Takumi Minamino coming on for Naby Keita but that failed to alter the outcome.

Ross Barkley soon made it five after the break to mark his debut with a goal.

West Ham in transfer battle for Liverpool and Chelsea stars

Salah’s second of the game came as a mere consolation before Jack Grealish scored twice late on to round off the record victory.

Klopp could be seen smiling in disbelief on the touchlines towards the end of the game as he saw his side capitulate in the worst defeat of his reign at Anfield.

And the Liverpool boss tried to explain exactly what went wrong after the match.

“For different reasons Aston Villa, who did really well tonight, forced all the mistakes that we made,” he told Sky Sports.

“We played into their hands with the first goal and with the second, and the third. Then the game has a specific direction. 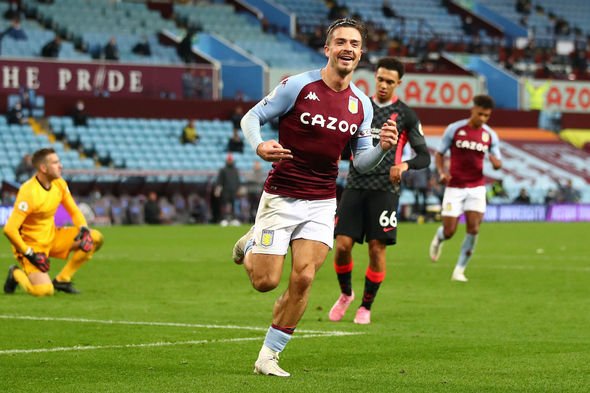 “So yes, you can say Adrian made a mistake it is obvious when he passed the ball there, easy goal for them.

“But we have conceded goals like this in the past, maybe not exactly like that, we obviously lost the plot. Our creating in the last third was good, it did not always get a goal but it was good. But when Villa got a chance our protection was below average.

“You could see it after the first half the body language dropped. But we are 4-1 down and how the game was, we should not stop playing. Just do the good stuff again but slightly better and finish the chances. We still had good moments but our moments led to nothing whereas theirs always ended in a big chance or a goal.

“Last week, Mr. Keane said we defended sloppy – tonight it was not sloppy, it was just bad. I have to admit that, I cannot change that now. I would love a training session tomorrow. I hope they all come back healthy and use the two days between return and derby. EFC in a good moment and a proper team.

“For me, we put all our rubbish things in one game. Fine, we can start again. I cannot change that now. I am 53 and have saw everything in football but it doesn’t mean I have a solution for everything.

“Villa did really well but we did so bad. We can defend so much better than tonight. We lost it in the wrong moments. It is difficult and that means we cannot score.”

Chelsea will avoid facing European giants if they beat Arsenal