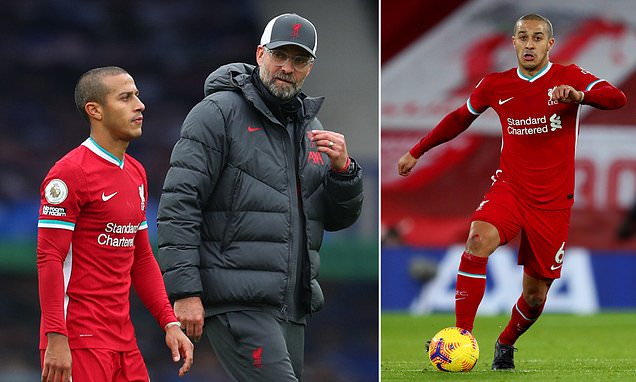 Jurgen Klopp has come to the defence of under-fire midfielder Thiago and blasted his critics.

The Spaniard has been criticised since joining Liverpool, with some suggesting that he doesn’t suit the club’s style of play and slows their game down.

During Liverpool’s recent slump, he has also been labelled as a ‘defensive liability’ by former Red and Sky Sports pundit Jamie Carragher. 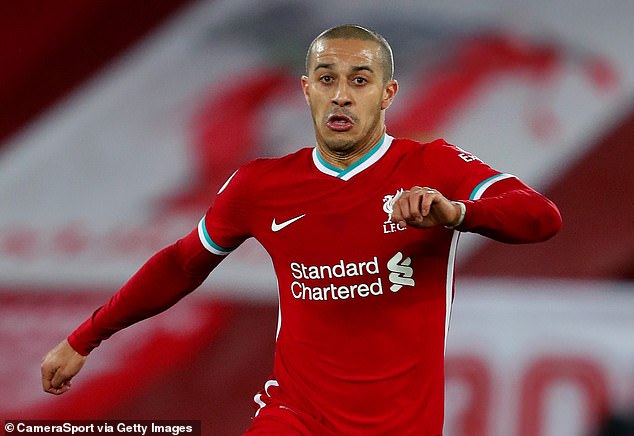 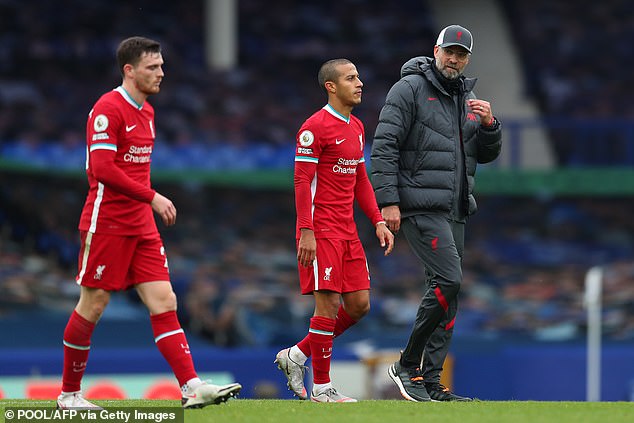 But Klopp has come to the defence of the former Bayern Munich star, saying that he has been ‘really unlucky’ and will need ‘time to adapt’ to the English game.

Speaking to Sky Sports, the German manager said: ‘He came in late, which is just the nature of some transfers, then he got Covid, got injured, and still had to adapt to a new team – and a team which was not exactly flying with no problems at all.

‘We’ve had to rebuild the team pretty much every three days because of changing the last line and changing a lot of things, so that’s just really unlucky for Thiago.

‘It’s just a public perception. ‘Oh, Thiago is in and we don’t perform well anymore.’ These kind of things are just b*******, let me say it like that. They are just not right.

‘Everybody needs time to adapt. Bayern played a different style, in a different league, and were much more dominant in the Bundesliga than any team can be in the Premier League. 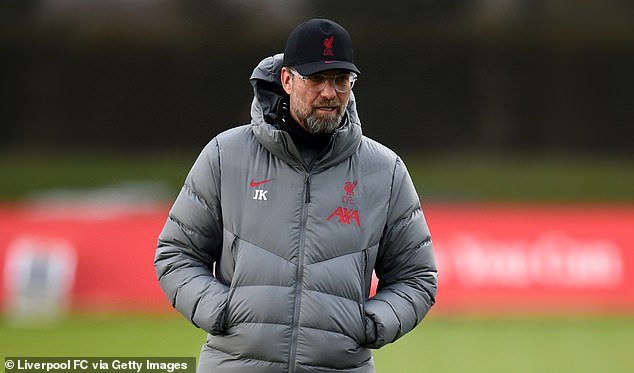 Thiago made his first-start for the club during the fiery 2-2 draw with Everton at Goodison Park in October.

The Spaniard suffered a knee injury after a rash challenge from Richarlison and was out of action for more than two months, before returning against Newcastle on December 30.

Liverpool and Thiago arrive into their rematch with Everton at Anfield on a poor run of form, with five defeats since the start of the year.

Klopp’s side look set to lose the Premier League title this season as they sit 16 points behind Manchester City, and are now in a race to make the Champions League places for next season. 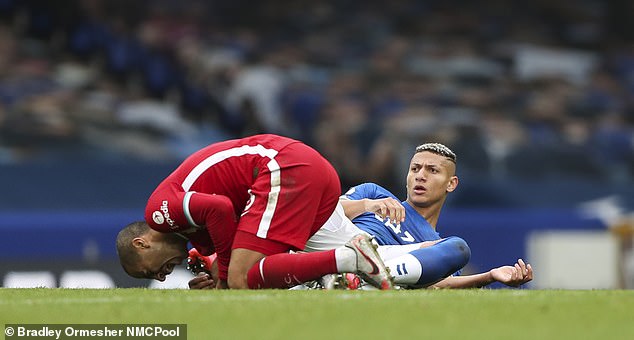