Jurgen Klopp has revealed his Liverpool stars were “angry” in the dressing room following their 1-1 draw with West Brom on Sunday.

New Baggies boss Sam Allardyce denied the Premier League champions a victory over the festive period, despite falling a goal behind early on at Anfield.

Sadio Mane broke the deadlock by thumping the ball past Sam Johnstone in the 12th minute, but after holding firm for the next 70 minutes Semi Ajayi popped up with a shock equaliser late on.

Liverpool missed the chance to extend their lead at the top of the table, and Klopp says his players were left in a sour mood afterwards.

“We should have won the game, or we wanted to win the game and we didn’t, and now we are all depressed or whatever.

“The boys are more angry than anything else because they know that it was not perfect.

“But that’s it and now, of course, we have to play the next game in three days.”

West Brom came away with a precious point despite registering just 20 per cent possession of the ball on Merseyside, with Klopp describing Allardyce’s defensive formation as “6-4-0”.

“We don’t live in dreamland and just win football matches because we want to win them,” he added.

“These kind of things, what the boys are able to do. That’s it.

“In the end, we just drew a Premier League game, that can happen. It can happen against West Brom, they had a new manager and they played in the first half a system I didn’t see a lot in my life, a 6-4-0 or whatever.

“That’s completely fine, they have challenges to stay this kind of disciplined for the rest of the season.

“We have to be disciplined as well, in a different way. We have to do both, being offensive, active, creative and defend. That’s what we have to do and we could have done that better. That’s it.” 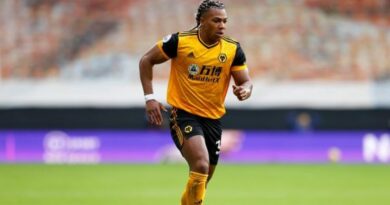