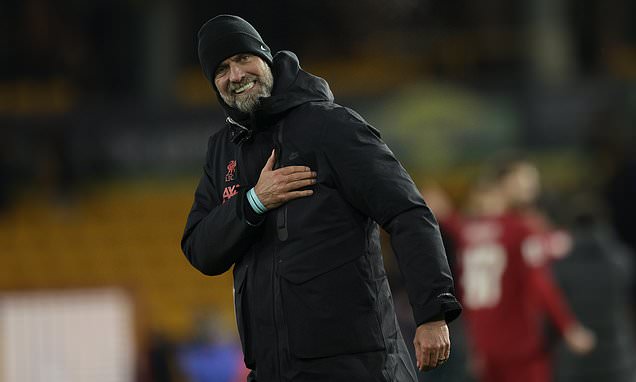 ‘It was the reaction we needed’: Jurgen Klopp hails Liverpool’s response to Brighton defeat in their victory over Wolves after he made EIGHT changes… as he lauds Harvey Elliott’s ‘exceptional’ winning goal at Molineux

Liverpool boss Jurgen Klopp hailed his side’s powers of recovery after they edged past Wolves in the FA Cup.

Harvey Elliott’s first-half stunner booked a fourth-round trip to Brighton as the holders kept their defence alive with a 1-0 win.

The Reds were demolished 3-0 at the Amex in the Premier League on Saturday – with Klopp calling it the worst performance of his managerial career – but believes his side responded at Molineux. 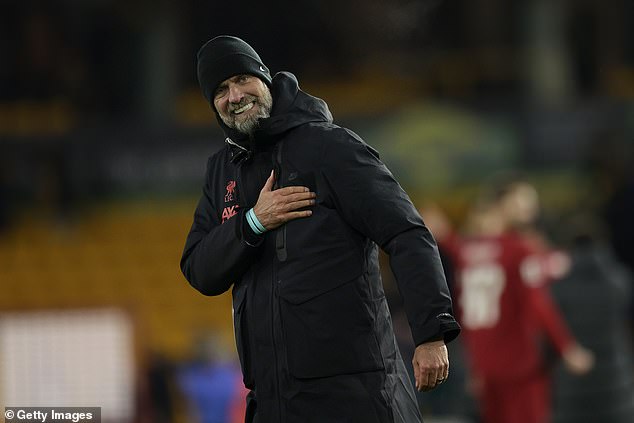 ‘Everybody got that reaction, it was the reaction we needed to show,’ he said after the third-round replay. ‘The game was completely different to last time. I’m really happy with that. All the individual performances were good.

‘It was good and I said to the boys after the game that’s how it feels when you play well and win. That’s why we are quite happy.

‘There’s a massive game coming up at the weekend (against Chelsea), if we had played another game like the last one I’m not sure what people would have thought before they arrived at the stadium. 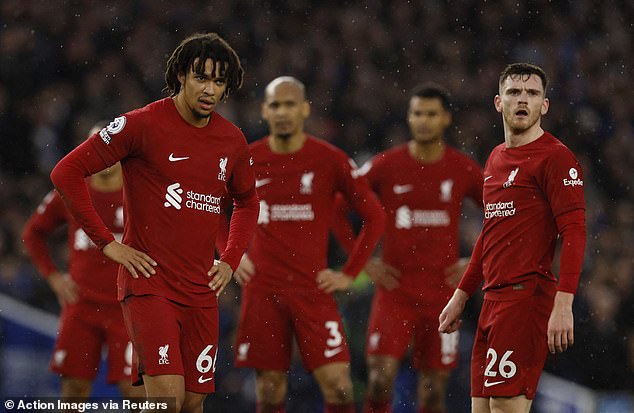 ‘We were compact, together and we had good challenges. We played really good football and scored an exceptional goal. Harvey saw something not a lot of people have seen. I wouldn’t have expected a shot in that moment.’

Following a brief floodlight failure in the opening seconds, Liverpool settled and Elliott won it after 13 minutes.

Rayan Ait-Nouri’s shot had been blocked and the visitors quickly moved up the pitch, with Thiago Alcantara finding Elliott inside his own half.

The England Under-21 star ran unopposed before catching Jose Sa out of position and beat the scrambling goalkeeper from 25 yards. 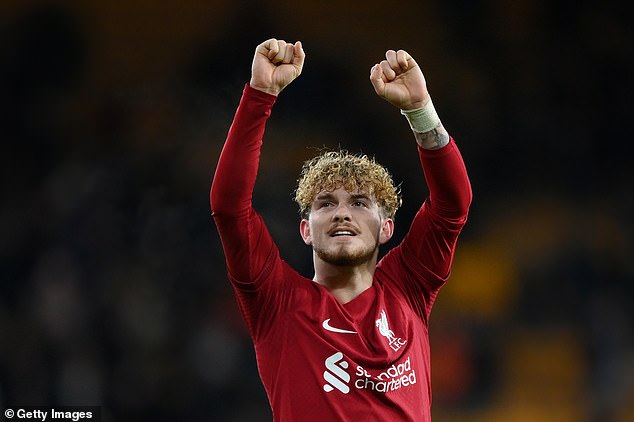 Fabio Carvalho had a goal chalked off for offside and Cody Gakpo drilled over as Liverpool comfortably made it to half-time.

Wolves emerged from the break reenergised, with Matheus Nunes and Nelson Semedo the reinforcements from the bench, and they pushed Liverpool back.

Yet for all their efforts, Wolves still struggled to create many meaningful openings – Liverpool’s organisation and determination earning them credit – and Adama Traore ballooned over from 18 yards.

Klopp’s men stood firm and Matheus Cunha volleyed over before his stoppage-time header was gathered by goalkeeper Caoimhin Kelleher either side of Curtis Jones going close to a second. 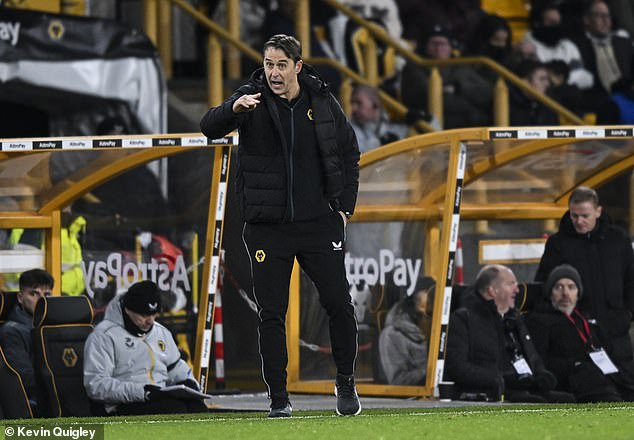 ‘We’re sad and frustrated for not continuing in the Cup. Looking at the two matches (including a 2-2 draw in the initial game) we deserved more, but this is football,’ said Wolves boss Julen Lopetegui.

‘In this match it was a pity because we suffered a strange goal in the first half. We started well, after the goal we suffered emotionally, and we were out of the match until half-time.

‘I wasn’t happy and we changed some things. Unfortunately for us we didn’t score. We had a big ambition to continue in the Cup and now we have to put the focus 100 per cent in the Premier League.

‘I hate losing and we lost so I’m sad. There’s no positive to be out of the Cup, never.’