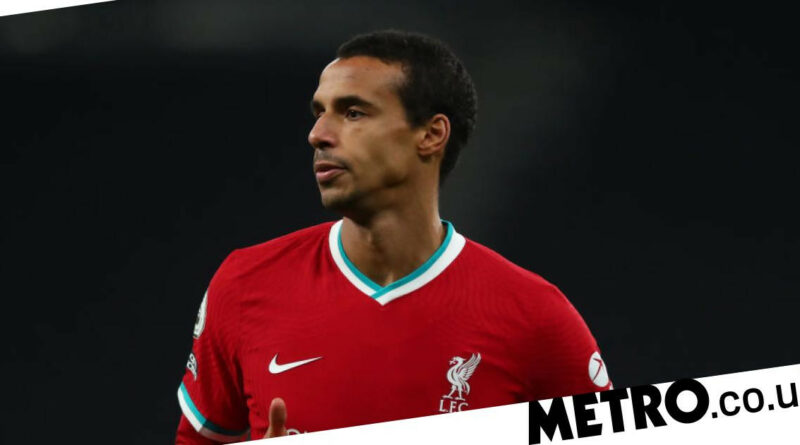 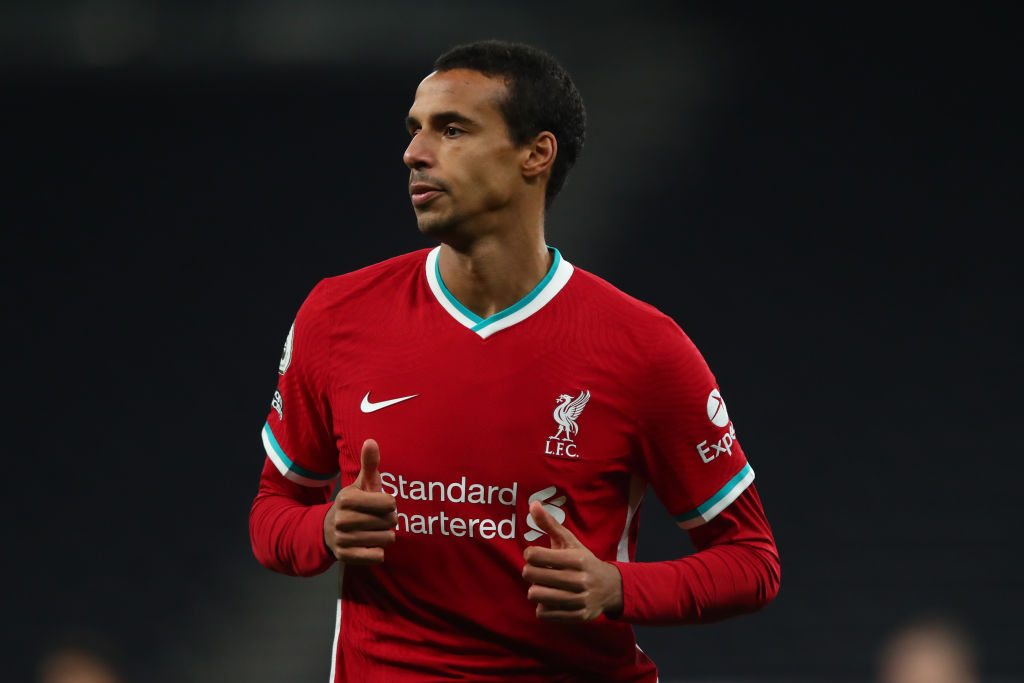 Jurgen Klopp is optmistic that Joel Matip’s ankle injury is not as serious as first feared, but has ruled Fabinho out of this weekend’s Premier League match against West Ham.

The champions returned to goalscoring and winning form in last night’s impressive 3-1 win over Tottenham, but their seemingly never-ending injury jinx reared its head again.

Joel Matip, who has struggled to maintain his fitness over the course of his Liverpool career, was forced off at half-time last night with what Klopp initially feared would be a long-term injury.

The initial prognosis, however, has been a positive one but and the 29-year-old could be in contention to feature against West Ham, but his part-time central defensive partner will not have recovered by Sunday, according to Klopp.

He said: ‘The scan hasn’t happened yet. We will know more in three or four hours. There are glimpses of hope that it is not that serious.

‘Fabinho has no chance for the weekend.’

Liverpool are likely to be deprived of the services of Vigril van Dijk and Joe Gomez until the end of the season and have fielded 14 central defensive combinations already this season.

The likes of Nat Phillips and Rhys Williams have both been pressed into emergency action, while Jordan Henderson has also filled in at the heart of his side’s defence on occasions.

Despite an almost unprecedented crisis, Liverpool have thus far resisted the temptation to make any signings in the January window. The transfer deadline is fast approaching and Klopp insists his club are doing all they can to find reinforcements.

He added: ‘I’m not sure there is an £80m centre-back available at the moment. We need to find the right player, and it needs to suit our financial situation as well

‘I know teams don’t want to sell this type of player right now. It needs to fit our situation and our financial situation. That is clear.

‘Everything is long-term. It’s about a solution, and that’s what we are working on. We will try. We have tried. We try to do the right things. There’s nothing to say until something happens so we will see.

‘The situation yesterday didn’t make it easier but we are trying to do the right things. If it’s possible then we will do it. If not, then no.’