Manager Jurgen Klopp admits the rhythm Liverpool need cannot be conjured out of thin air as a frustrating Merseyside derby edged them a point closer to ending a 30-year wait for the title.

Despite having 70 per cent possession at Goodison Park the champions-elect managed just three shots on target, exactly the same number as Everton had playing a much less offensive game.

Rhythm is a key factor the Reds boss often makes reference to but after a three-month break he knows he cannot expect too much, too soon.

“I liked the intensity level of the game from my boys, the high press, but I didn’t like too much the rhythm – but we cannot force that,” said Klopp, whose side cannot lift the title at home to Crystal Palace on Wednesday unless Manchester City, 23 points behind, lose to Burnley on Monday.

“I saw four weeks (of) training sessions and I was happy. It was just a difficult game. Physically we were ready, which was important.

“The defensive stuff was there, I liked offensively but you need moments. If you score in a moment it can change a situation.

“The performance level was OK, we played a year ago in April here, we’ve played in December here – the games look always the same.

“We have to respect the opponent as well and Everton were here to make our lives difficult and they could have won the game. A point is a deserved result.”

Liverpool lost two players to injury in the game but Klopp hopes both James Milner and Joel Matip will not be sidelined for long.

“Millie felt hamstring a little bit but we had this in the past. He is not often injured so hopefully not serious,” he added.

“Joel was unlucky and we had to make a quick decision. He bent or stretched his big toe, it is really painful but hopefully the pain settles now and it is nothing serious.” 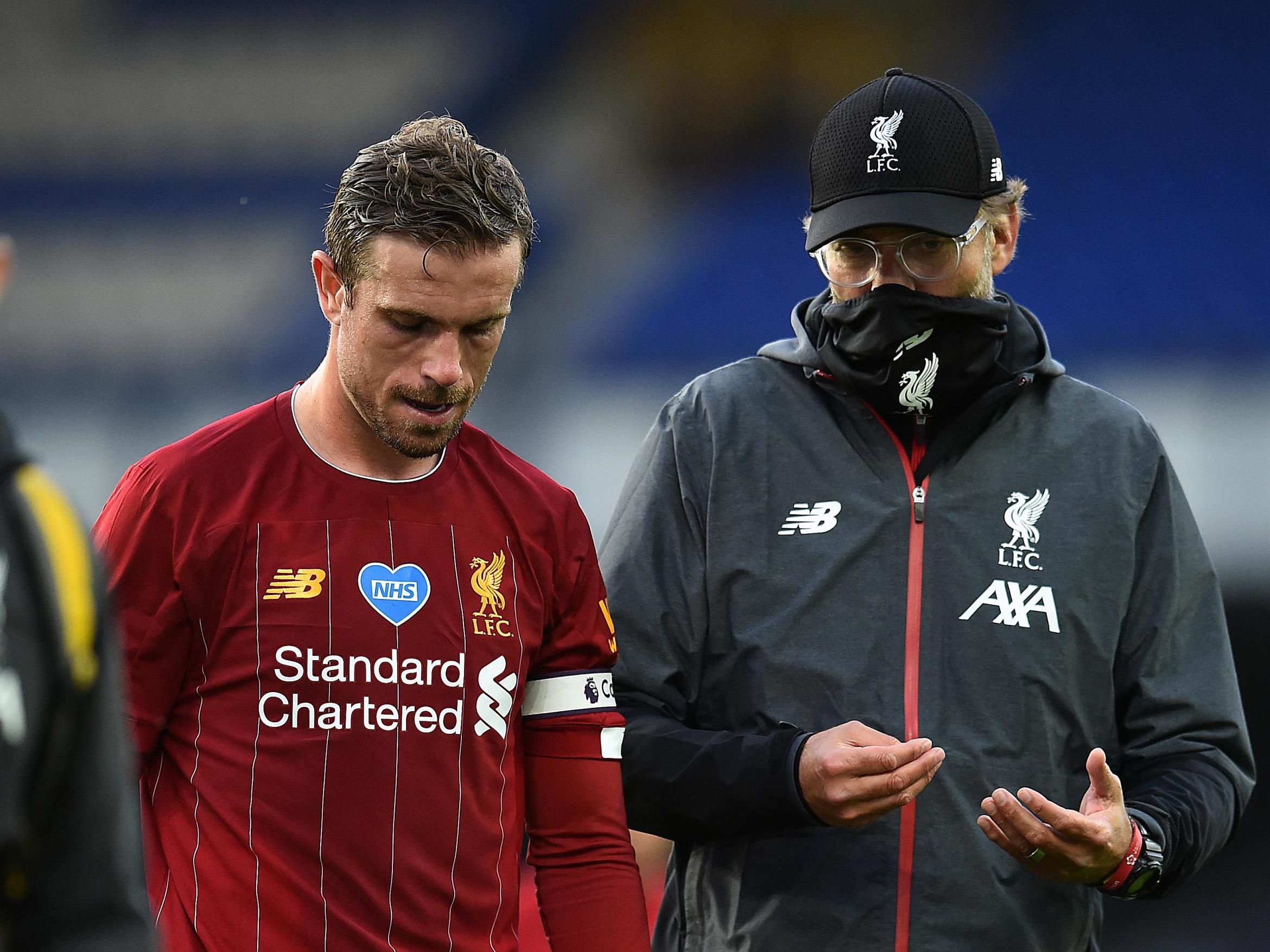 Everton could have snatched a rare victory late on had Reds goalkeeper Alisson Becker not denied Dominic Calvert-Lewin’s backheel, before Tom Davies hit the post with the follow-up.

It left manager Carlo Ancelotti satisfied with being only the third Premier League side to take points off Liverpool this season.

“Honestly we were very close to winning but it was a tough game, a difficult game,” he said.

“We performed really well defensively. At the end we had opportunities to score, we were a little bit unlucky.

“Also, Liverpool played a good game and had more possession. They pressed high and it was difficult to find a solution playing out form the back.

“I think we had the opportunities, we did our best, Calvert-Lewin did his best, Tom Davies did his best and we were a little bit unlucky.

“The draw was fair, Liverpool played a tough game. We have to focused on the performance, it was good and for this reason we can be satisfied.”

Everton midfielder Morgan Schneiderlin, a £20m signing from Manchester United in January 2017, appears close to joining Nice in cut-price deal after holding talks with the Ligue 1 club over the weekend. 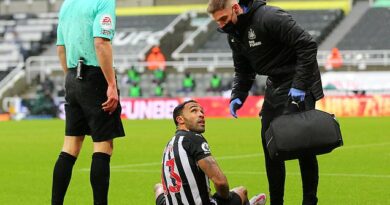 Newcastle's Callum Wilson out for EIGHT WEEKS with a hamstring tear