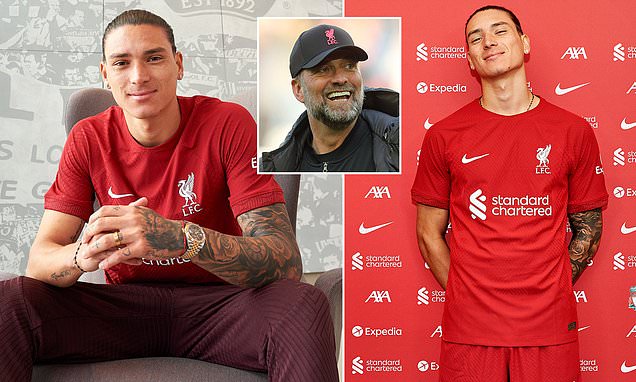 ‘We intend to nurture his talent and see it grow’: Jurgen Klopp promises to unlock new £85m record signing Darwin Nunez’s potential… but insists he is still a ‘work in progress’ as he calls for patience from fans

Jurgen Klopp has promised to unlock all the untapped potential in Darwin Nunez after Liverpool completed their statement signing of the summer transfer window.

Nunez, the Uruguay striker, completed the formalities of his move from Benfica yesterday, having a medical and signing a six-year contract that will see him earn in the region of £140,000 a week.

Liverpool have paid an initial £64million but bonuses could see the final figure reach £85m. 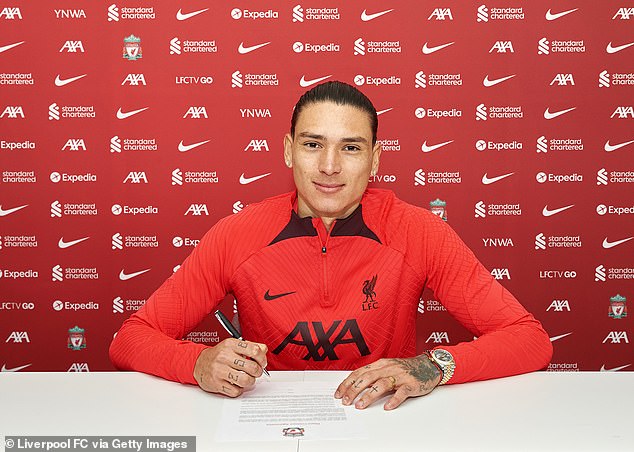 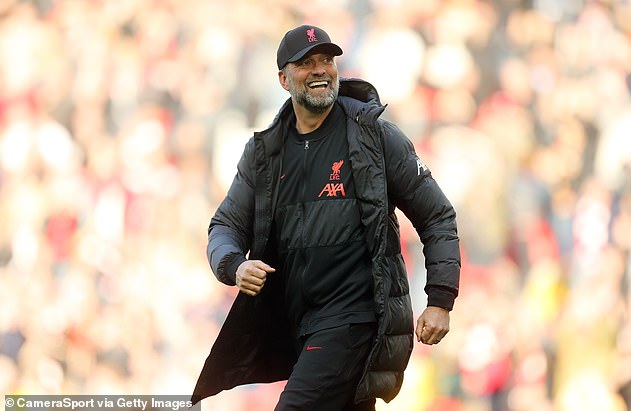 The 22-year-old, who has taken the No 27 shirt, had been pursued by Manchester United and Newcastle. West Ham were also keen but Nunez’s heart was set on Liverpool from the start and his attitude has thrilled Klopp.

‘It’s important we all recognise we are getting a work in progress with Darwin,’ said Klopp.

‘He recognises that himself, for sure. I love how much focus and humility he has.

‘We have wonderful attacking options already and he becomes part of that now. So there is no pressure on him at all. 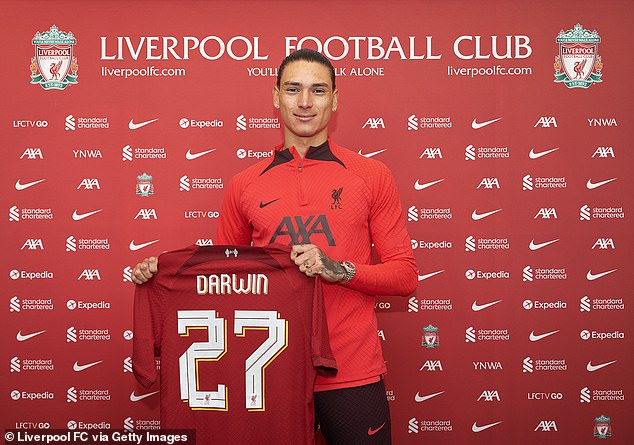 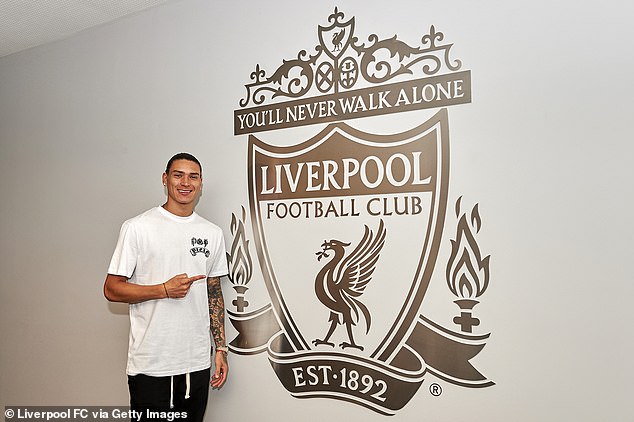 ‘He signs for a very long time and we intend to nurture his talent and see it grow.’

Nunez witnessed Liverpool winning two cups last season and he wants to play his part in a period of sustained success, saying: ‘When I arrived at the training ground, I was really surprised to see the set-up, the structure and all the trophies here.

‘You can then imagine yourself winning more trophies and then later on, when you come here again and see the trophies on display, you can say, “Look, I was a part of that, I was there at that time, winning trophies”.

That’s one of the reasons why I came here to Liverpool — to win trophies and titles. I want to win a lot of trophies at Liverpool.’ 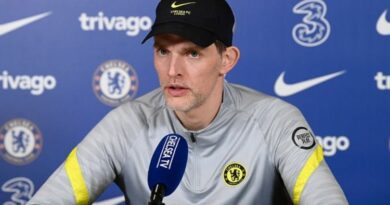