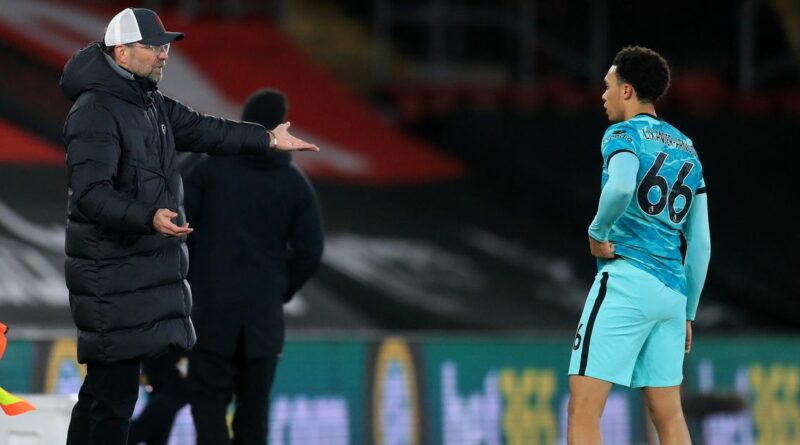 Liverpool boss Jurgen Klopp has defended Trent Alexander-Arnold after the 22-year-old's recent drop in form and backed him to "find his top shape rather soon".

Alexander-Arnold has been one of the Reds' top performers in recent years but he has not been at his best this season and former Liverpool goalkeeper David James suggested the right-back should be 'given a breather' after his display in the 1-0 loss to Southampton.

"Obviously the defending… we're talking about one game and everyone is entitled to a bad game but… Trent's performance's of late when you collect them together haven't been great.

"So therefore Jurgen, do you drop him or rest him? The word drop sounds almost somehow final. I think it’s giving someone a breather. I think he needs a rest definitely."

However, when asked about the criticism the defender has faced ahead of Liverpool's FA Cup clash with Aston Villa, Klopp backed Alexander-Arnold to get back to his best soon.

"The criticism is normal," Klopp said. "After you play football in public and make people used to the level Trent has shown over the last three or four years, that's normal.

"It was obviously not his best game [against Southampton], he knows that and we know that.

"There are explanations for this season, if you want – he has had good games as well and helped us in different moments – but the reason is he was out for a while with early Covid and had an injury that didn't help.

"He had no pre-season really and after, with the quality he has and the situation we were in, he played pretty early for us but he is now getting there, physically he is fine and he will find his top shape rather soon."