Liverpool manager Jurgen Klopp reflected on a special night when the club finally lifted the league title after 30 years – made all the better for beating Chelsea 5-3.

His side completed a third successive league season unbeaten at home after taking a first-half lead with goals from Naby Keita, Trent Alexander-Arnold and Georginio Wijnaldum.

Olivier Giroud pulled one back just before the interval but Roberto Firmino’s first Anfield goal of the campaign looked to have put the match beyond Frank Lampard’s side until substitutes Tammy Abraham and Christian Pulisic made a game of it.

Ultimately, it took Alex Oxlade-Chamberlain’s late goal to end the nerves and kick-start the party.

“Special. Absolutely special. We don’t have to compare as we never have done it before,” said the German.

“The boys gave us the opportunity to have a really special night. I think a lot of people thought before the game one team fights for the Champions League, the other team is maybe already on the beach.

“But these boys are so special. I could not be more proud. Throwing a performance like this in on the pitch tonight… it was an open game but nice, nice goals.

“Incredible goals, super footballing moments. I loved the game. We could enjoy it and we will enjoy the rest of the night.”

Despite prior warning, thousands of fans gathered outside the ground and let off fireworks as the trophy presentation took place inside Anfield. 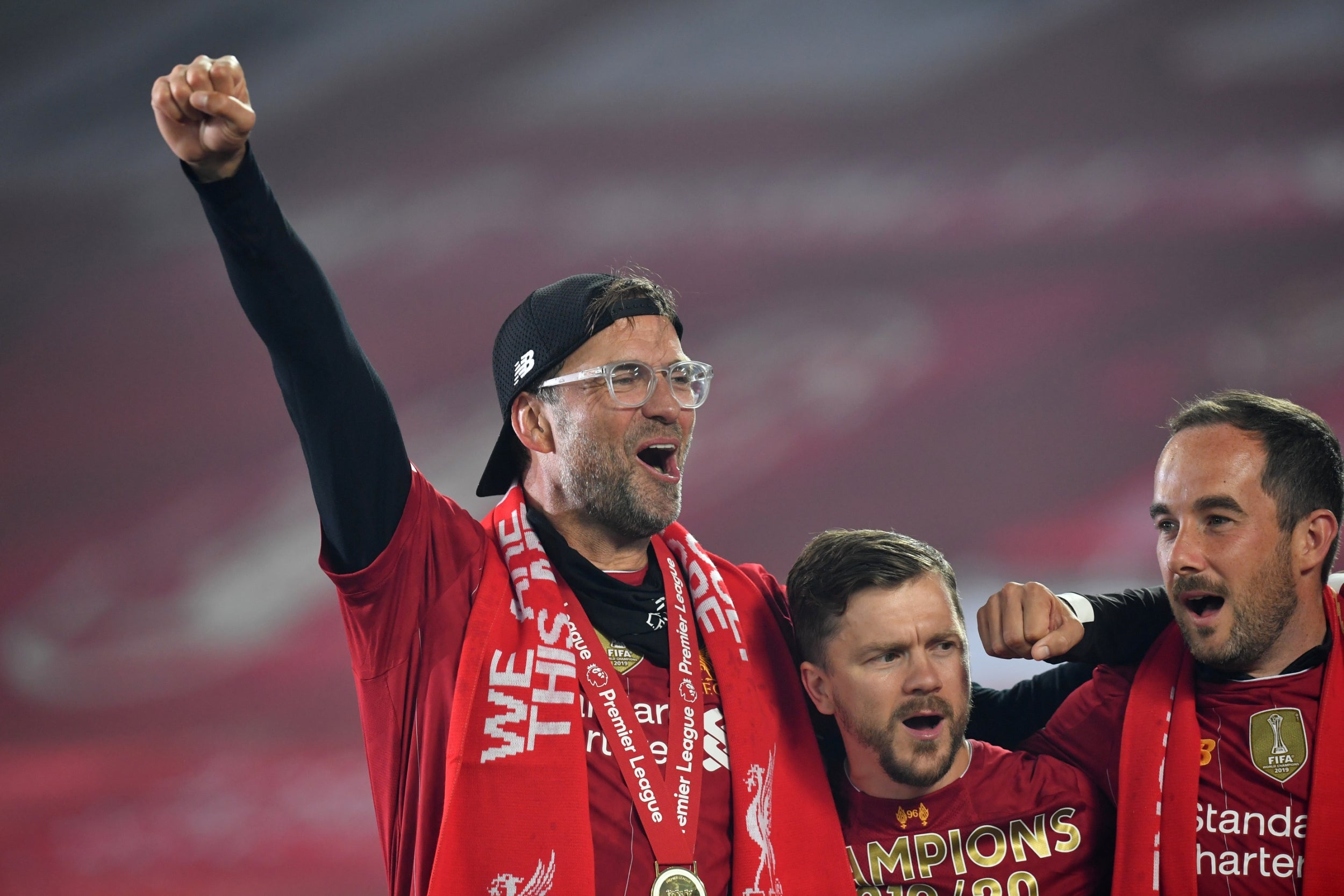 The squad, themselves, were heading off to a private party after the game but Klopp said: “We should all celebrate at home, drink what you want, prepare for a party when this bullsh** virus is over.”

Captain Jordan Henderson lifted the trophy, surrounded by the squad and Klopp and his backroom staff on a specially-erected podium on the Kop.

“It was absolutely great. Absolutely great. It made it even more special that the families could be in the stadium for the trophy lift, they were not allowed in for the game,” added Klopp.

“You want to share these moments with your loved ones – I had my loved ones around me with the staff and the players.

“You stand on the stage and there’s no-one in the stadium – not no-one but not as many as you imagine – but the people who organised it made the absolute best of it.

“I was never before on the Kop, it was pretty special and I think it made sense with people not in to use it to celebrate together.” 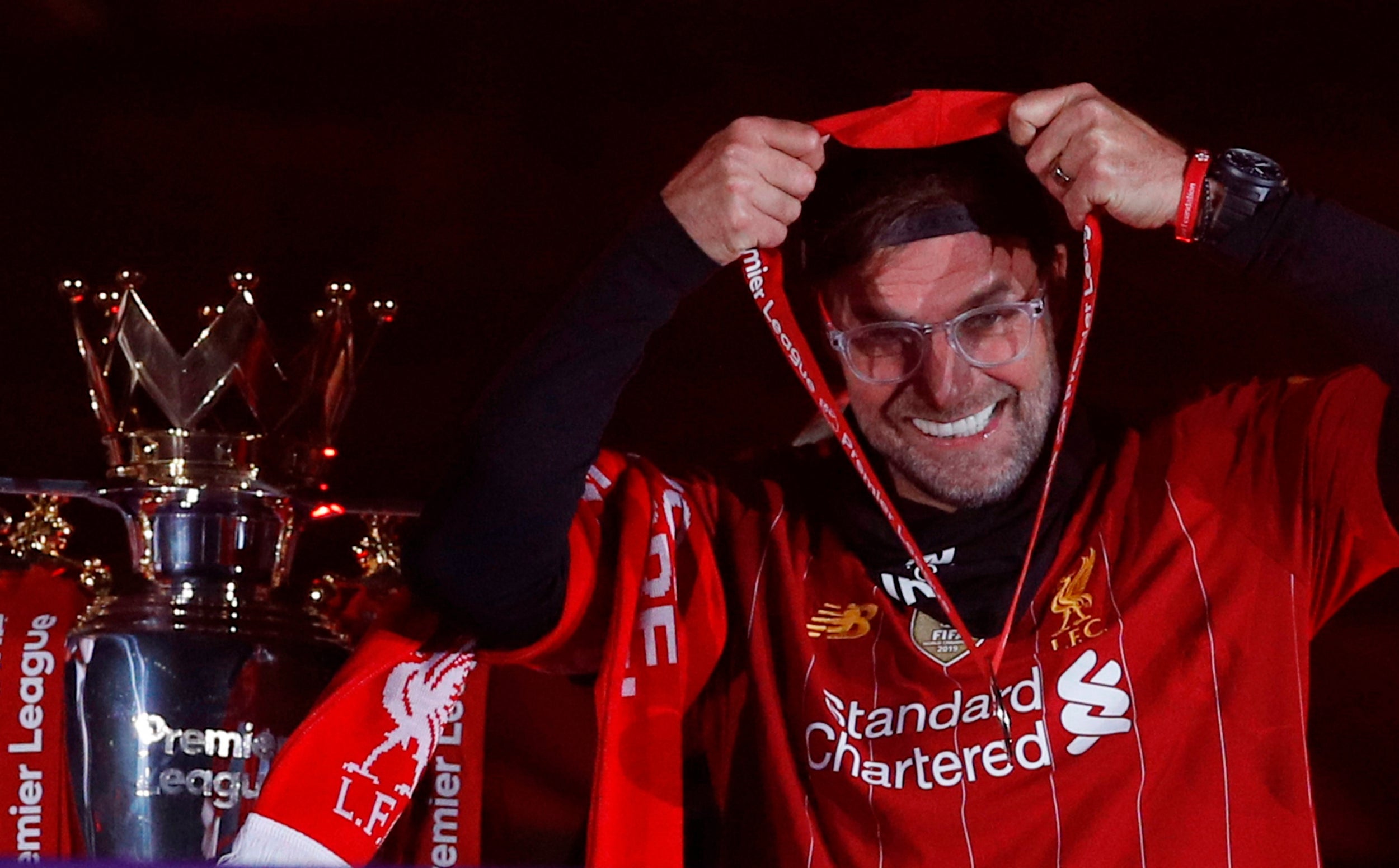 Klopp was involved in a heated exchange with Lampard after Mateo Kovacic was penalised for a lunge from behind on Sadio Mane which led to the free-kick from which Alexander-Arnold scored the Reds’ second.

And the Chelsea boss warned the new champions not to get arrogant on their success.

“For me, it wasn’t a foul from Kovacic, and there were a lot of things that weren’t going our way,” he told Sky Sports.

“But I’ve not got a problem with Jurgen Klopp. The way he’s managed this team has been fantastic.

“Fair play to Liverpool Football Club, they’ve won the league, but also don’t get too arrogant with it.

“That was my point, but it’s done. In match play, you can get emotional and that was it.”

A draw against Wolves at Stamford Bridge will be enough for Chelsea to secure Champions League football, however.

“We should have a feeling of achievement to this point… not many people expected us to be in the top four race but we have it in our own hands,” Lampard added.

“We are at the Bridge we have a really strong opponent coming in Wolves and it is up to us. I have belief in the players. We have to carry it on for one more game in the league.” 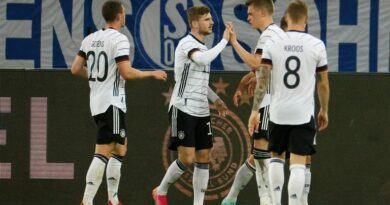 Everton transfer news: Fabian Delph explains what he will bring to Toffees after sealing move from Man City