Jurgen Klopp has staunchly defended Roberto Firmino after he bagged his second goal of the season in Liverpool’s 3-0 win over Leicester. Liverpool have now gone 64 Premier League games unbeaten after beating Leicester 3-0 on Sunday.

The Reds have been unstoppable at home in the league over several years now.

But they entered the game against Leicester with some doubts due to the injury crisis.

Joe Gomez and Virgil van Dijk are out long-term while both Trent Alexander-Arnold and Thiago Alcantara continue to recover from little issues.

Mohamed Salah was also unavailable after testing positive for coronavirus, leaving Klopp short of a number of key players.

JUST IN: Liverpool suffer yet another injury blow as Naby Keita limps off 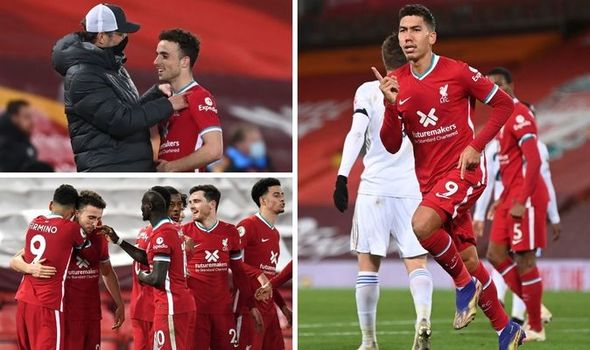 Liverpool were still able to name a strong line up against Leicester, but Brendan Rodgers’ side was tipped to provide a tough test at Anfield.

It was anything but though as Liverpool raced in front through an own goal from Jonny Evans.

Liverpool’s dominance continued in the second half with Firmino and Sadio Mane both being denied goalscoring opportunities.

Firmino eventually got his goal though late in the game with a powerful header.

The Brazilian has come under some criticism recently with some calling for him to be dropped, particularly due to Jota’s form.

But Klopp once again jumped to the defence of his No 9, slamming the criticism as “ridiculous”.

“That front line didn’t play too often together but how they did that tonight was not bad,” he said on Sky Sports. 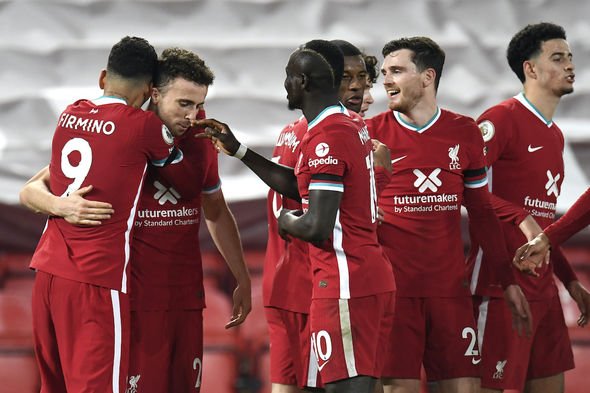 “Diogo is a smart player, Sadio put in an unbelievable shift.

“And Bobby, what people say about him is ridiculous.

“Just because you have nothing else to talk about sometimes is my feeling.

“You cannot be closer to a goal than he was tonight.

“Everybody thought in that moment, ‘yes, great’ and exactly the right goalscorer.

“He played outstanding again so all good.”

Patrick Cutrone to undergo Wolves medical ahead of £23m transfer