Carlo Ancelotti has revealed that Jurgen Klopp branded the decision to allow Liverpool's second-leg Champions League tie against Atletico Madrid to go ahead a 'criminal act.'

The Reds were knocked out of the European competition by Diego Simeone's side on March 11 after a 3-2 reverse in what was the Merseyside club’s final game before the coronavirus pandemic caused football to cease until further notice.

The Italian told Corriere dello Sport that the German boss was unhappy that the match was allowed to go ahead, owing to the seriousness of the ongoing COVID-19 situation.

The Everton boss said: "I spoke with Klopp a few days ago, he told me that the decision to play Liverpool-Atletico was a criminal act and I think he's right.

"We are all living a life that we were not used to and that will change us profoundly. I'm sure we will all have to downsize, starting with football."

The Toffees manager said that debate surrounding when the current season should start again – if at all – does not concern him presently.

He said: "Today, the priority is health, limiting the contagion. When you start again, when you finish, the dates… believe me, I don’t care. At the moment, that’s the last thing on my mind.

"I hear talk about cutting salaries, suspension of payments. They seem like inopportune solutions. Soon the economy will change, and that's at all levels: The TV rights will be less, players and coaches will earn less, tickets will cost less because people will have less money.

"I repeat, what matters now is to fight the virus effectively. Then, of course, if it will be possible to continue the season… otherwise, amen." 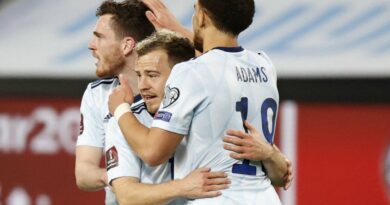 Is Scotland vs Faroe Islands on TV tonight? Kick-off time, channel and how to watch World Cup qualifier