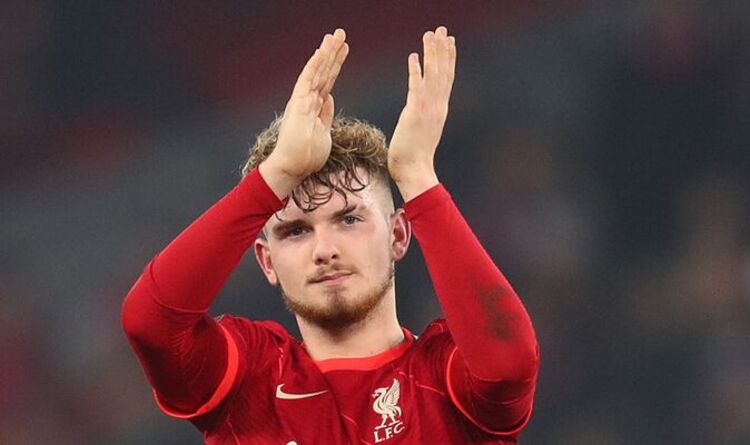 Albeit nearly four months late, but Liverpool appear to be on the brink of signing Fabio Carvalho from Fulham. Harvey Elliott’s transition to the Reds first-team has been a slow burner but he is now a regular feature – and that could work the same way for Carvalho.

Unfortunately, time was of the essence and the Reds were not able to secure the 19-year-old’s signature before the window slammed shut. But Liverpool and Klopp have a wonderful propensity of always getting the player they want.

Every potential transfer is meticulously scrutinised with the most cutting edge forms of data analysis, modern coaching methods, and perhaps most importantly of all, Klopp’s razor sharp instincts for spotting a talent. Their research is exhaustive, and perhaps arduous, but once they get their hooks into a player, they very rarely let them go.

It’s the reason why they were able to get Virgil van Dijk, after initially failing to sign him in the previous summer transfer window. They ran out of time to bring Carvalho to Anfield, but their admiration of the 19-year-old surely means only one thing – Klopp likes what he sees and he will likely push and develop the player in the same way he did with Harvey Elliott.

At 19-years-old, it is extremely vital to note that Elliott still has plenty of time to develop and grow at Anfield. After starting three of Liverpool’s first four Premier League matches, Elliott looked to have spectacularly displaced Thiago Alcantara in the starting eleven.

Unfortunately, Elliott’s horrendous dislocated ankle suffered in the Reds’ 3-0 away victory against Leeds United jettisoned him to the treatment room for nearly six months. Nevertheless, 10 appearances in a quite outstanding Merseysider midfield is a decent number for a player of Elliott’s infancy.

Thiago appears to have finally found his wonderfully, gifted feet an Anfield, completing a wonderful midfield tripartite alongside Fabinho and Jordan Henderson. Elliott’s path to the first team will likely be blocked by the outstanding trio, but you will not find articles suggesting he is fretting for a loan move or a permanent exit.

That is because he knows he is growing, and growing fast under Klopp. Carvalho’s football education and integration will likely follow a similar path to his former Fulham team mate.

Liverpool’s intensity is the most recognisable part of their game, but Klopp’s ‘Heavy Metal Football’ requires far more than an ability to sprint and press players for 90 minutes a game. It requires timing, technique, understanding, tactical nous, and an overriding confidence that you are good enough to play under Klopp.

Carvalho’s seven goals and seven assist in 29 Championship appearances for Marco Silva’s Fulham side is very impressive, but an ability to contribute in the final third alone would be fortunate to garner you a regular place on the bench.

Klopp’s philosophy will be ingrained in thousands of hours on the training ground, numerous minutes with the analysis teams, the occasional start in the cup competitions, or, as Elliott has experienced, the occasional baptism of fire in the Champions League or the Premier League.

Of course, he will still have to compete with the likes of Naby Keita, Alex Oxlade Chamberlain, and Elliott, before he even has an opportunity to push Thiago, Fabinho, and Henderson out of Klopp’s starting eleven. However, the Reds would not put their time and resources into chasing a player, unless they knew that they have the necessary attributes to thrive, either immediately or in the future.