London: The UEFA Champions League returned on Tuesday with wins for Juventus and Belgium's Club Brugge amid fresh speculation about the future of Europe's top club competition.

Manchester United and Liverpool are in talks with Europe's elite clubs to join a new FIFA-backed competition that would reshape the game's global landscape, Sky News reported on Tuesday. 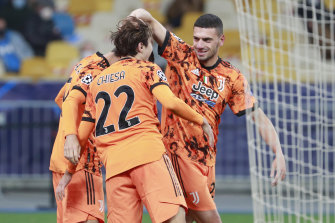 United declined to comment on the report and Liverpool did not immediately respond to a request for comment.

Citing unnamed "football industry" sources, Sky said more than 12 teams from Europe's top five leagues – in England, France, Germany, Italy and Spain – are in negotiations to become the founding members of the new competition, dubbed the European Premier League, with a provisional start date in 2022.

The report added the financiers are looking to raise a $6 billion funding package to kick-start the new tournament.

Sky said FIFA, football's world governing body, is working on a new format, which is expected to feature 18 teams playing fixtures during the regular European season before a knockout phase. Sky added that neither FIFA nor UEFA had commented on the story. 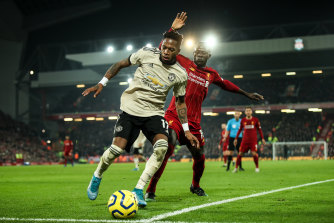 Manchester United and Liverpool are the first English teams mentioned whenever talk of a European breakaway heats up.Credit:Getty

A FIFA spokesperson said in an emailed statement: "FIFA does not wish to comment and participate in any speculation about topics which come up every now and then and, for which, institutional structures and regulatory frameworks are well in place at national, European and global level."

UEFA reiterated its president Aleksander Ceferin's opposition to any such Super League.

"The principles of solidarity, of promotion, relegation and open leagues are non-negotiable," a UEFA statement said.

"It is what makes European football work and the Champions League the best sports competition in the world. 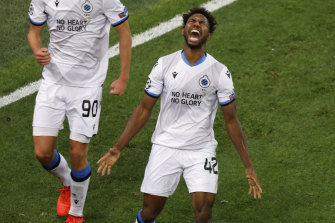 "UEFA and the clubs are committed to build on such strength not to destroy it to create a super league of 10, 12, even 24 clubs, which would inevitably become boring."

The idea of a European super league has been regularly floated over the last 20 years, with UEFA always coming out strongly against it.

On the pitch, Juventus made a winning start as they defeated Dynamo Kyiv 2-0 thanks to a pair of classic poacher's goals from Alvaro Morata in their Group G opener on Tuesday.

Juve coach Andrea Pirlo enjoyed his first win as a manager in Europe's elite club competition, which he won twice with AC Milan during his playing days as a midfielder.

With Cristiano Ronaldo ruled out following a positive test for COVID-19, Dejan Kulusevski was twinned with Morata up front and Federico Chiesa created some early chances for the visitors.

A clever backheel by Aaron Ramsey set up Kulusevski and although the Swedish winger's shot was saved, Morata was on hand to fire home the rebound and the Spaniard then stole in front of his marker to head home from close range in the 84th minute.

The COVID-19-limited crowd roared on the hosts but Kyiv struggled to create decent chances on their return to the Champions League after a four-year absence as Juve comfortably closed out the win.

"The goal early in the second half helped us because we had more space afterwards," said Juventus winger Chiesa. "We wanted this victory badly because it's important to have a great start.

"The expectations are always high at Juve, but we try to win every time we take the pitch." 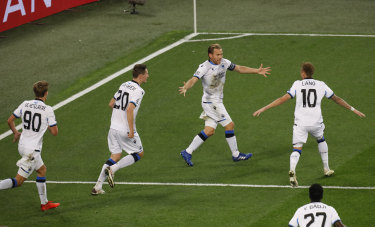 After a drab first half, Emmanuel Bonaventure fired the visitors ahead in the 63rd minute when he swept in a rebound from two metres after Yaroslav Rakitskyy twice cleared close-range efforts by De Ketelaere off the line.

Sebastian Driussi missed a gilt-edged opportunity to equalise when he blazed a shot over the bar from 10 metres before the home side levelled thanks to a freakish own goal by visiting goalkeeper Ethan Horvath in the 74th minute.

In December 2018, German magazine Der Spiegel, citing leaked documents, said that it had discovered plans driven by Real Madrid in conjunction with other top European clubs, for the creation of a breakaway league.

Following that report, the European Leagues group (EL), which represents 25 domestic leagues including England’s Premier League, Germany’s Bundesliga and Spain’s La Liga, voiced its “strong opposition” to any such plan.

UEFA is currently working with the European Club Association (ECA), whose members include Europe’s biggest clubs, to redesign the Champions League from 2024 onwards, although no concrete plans have emerged.

In February, 2019, Ceferin said there would be no Super League as long as he was president of UEFA and Andrea Agnelli was the head of the European Club Association.

The news follows the leaking of ‘Project Big Picture’, a proposal backed by Manchester United and Liverpool, for radical change of English football that was rejected by a meeting of Premier League clubs last week. 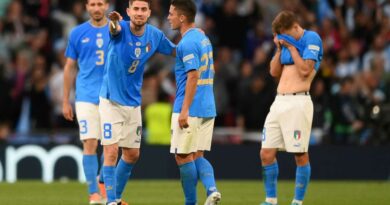 England vs Italy: A year on from winning Euro 2020, the European champions are in need of a reboot 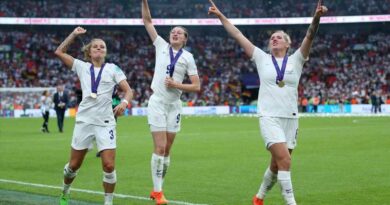