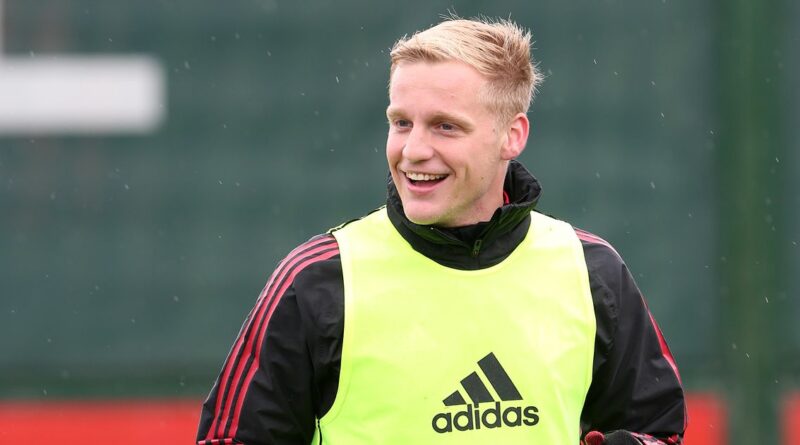 Van de Beek has endured a torrid time at United since making a £35million switch from Ajax last summer.

The Dutchman struggled to nail down a starting berth under boss Ole Gunnar Solskjaer last season.

And despite Solskjaer insisting that van de Beek was a key part of his plans this summer, the 24-year-old has tasted just six minutes of action in the Premier League this season.

According to La Stampa, via Football Italia, the Serie A side have made contact with the Dutchman's agent to discuss a January move.

The report states that any potential move would be a loan move with an obligation or an option to purchase van de Beek rather than United being able to immediately claw back any of the substantial sum they forked out for the midfielder.

It's beginning to look like a move away would be the best option for all parties as van de Beek continues to grow frustrated over a lack of opportunities at Old Trafford.

His furious reaction to being snubbed by Solskjaer during United's 2-1 Champions League win over Villarreal made headlines last month.

The Dutchman hurled his chewing gum down at the dugout in disgust after realising Fred would be introduced as United's final substitute rather than himself.

Do you think Donny van de Beek will leave Man Utd in January? Let us know your thoughts in the comments section below.

Juventus' interest in van de Beek is an interesting twist just days after the Italian giants were linked with former star, and current United midfielder, Paul Pogba following comments the Frenchman made after playing for France last week.

Pogba, who is in the final 12 months of his current United contract, refused to rule out a return to Turin.

But it looks like Juve have turned their attention to his beleaguered United team-mate – even after Pogba's public declaration of love for Turin.

Meanwhile, former United and Liverpool midfielder Paul Ince has slammed Solskjaer for lying to van de Beek to tempt the Dutch ace to the Premier League.

Speaking on The Kelly and Wrighty Show, he said: “If I’m going to buy a player, a top player from Ajax, the first thing I’m going to say is, ‘Am I going to play? Where do you see me fitting in, within the system, within the team?’

“From what I’m seeing for the last year and a half, he’s not told Donny the truth, he hasn’t had any game time. He’s got £35million sitting on the bench.

“I can hold my hands up if I’m on the bench and the team are winning and playing well.

“You can’t tell me that Fred and McTominay are playing well week in and week out, and even Pogba because they’re not.

“But he seems to play them all the time, and I’m sitting there watching them play, I would be livid.”

Juventus want Alexis Sanchez to team up with Cristiano Ronaldo