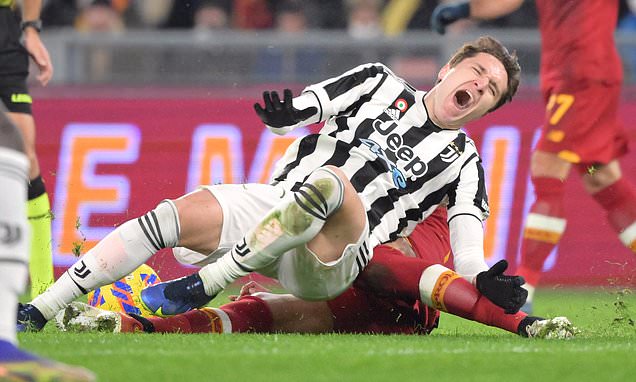 Juventus forward Federico Chiesa will require surgery on a torn ligament injury picked up in his side’s win over Roma, the Serie A side confirmed on Monday.

Chiesa, one of Juve’s standout performers this season, limped off in the 32nd minute at the Stadio Olimpico on Sunday, a thrilling match his side went on to win 4-3, before arriving on crutches at the club’s training ground for further tests the following morning.

The results dealt Juve a major blow as they look to turn their season around, and will likely deprive Italy of a frontline forward for their World Cup playoff in March. 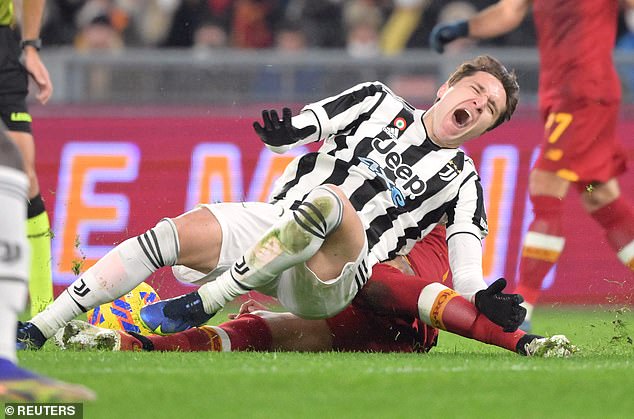 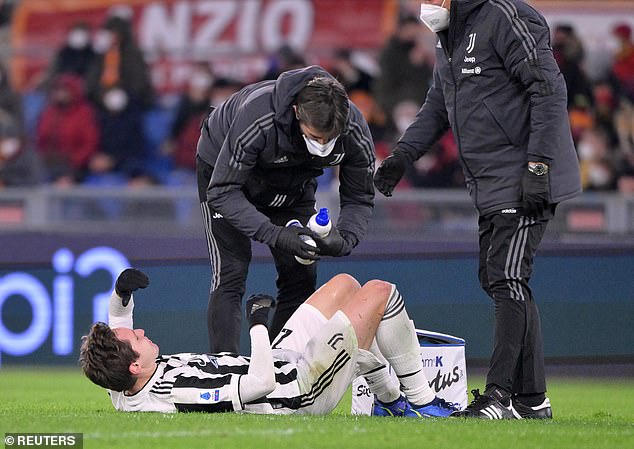 Chiesa will ‘require surgery in the coming days’ on an anterior cruciate ligament injury, his club said.

It is believed his injury will keep him out until September.

Juventus sit fifth in the Serie A standings, 11 points behind leaders Inter Milan, having played one game more.

After Sunday’s win, they are just three points off fourth-place Atalanta but have also played one match more than their rivals. 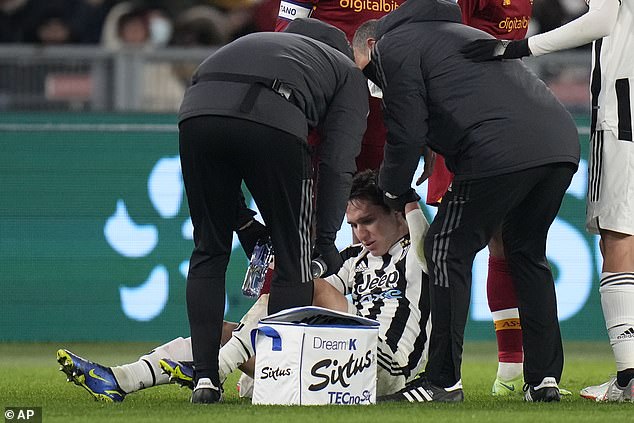 Roma held a 3-1 lead over Juve in the second half of their Serie A clash before Manuel Locatelli, Dejan Kulusevski and Mattia De Sciglio scored three times in just seven minutes to turn the game on its head.

Matthijs De Ligt was even sent off in the 81st minute but 10-man Juve held on to seal a dramatic away victory after Tammy Abraham, Henrikh Mkhitaryan and Lorenzo Pellegrini scored for Roma.

Wojciech Szczesny also saved a late penalty from Pellegrini in a match where Ainsley Maitland-Niles made his Roma debut after joining from Arsenal last week.

Lukaku has better record than Ronaldo AND Messi in internationals 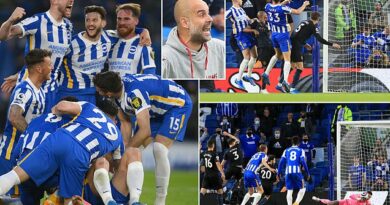