Chelsea have reportedly made an offer for Juventus midfielder Miralem Pjanic as the midfielder weighs up his options ahead of a likely summer move.

The Bosnian star looks to be on his way out of the Serie A giants and has been heavily linked with a switch to Barcelona, with Brazilian Arthur Melo possibly going to the other way.

But according to Corriere dello Sport, the 30-year-old has ‘listened to a proposal from Chelsea’ with the Blues keen on strengthening the squad with another quality midfielder with experience at the top level. 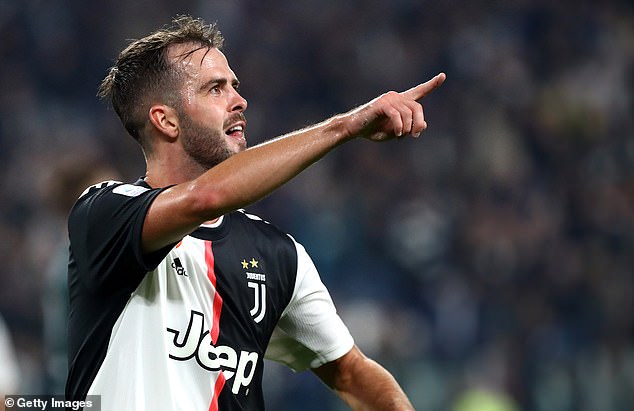 He has also received an offer from Ligue 1 outfit PSG, the report adds, with Pjanic resigned to leaving the Old Lady and acknowledging that ‘his adventure at Juventus might be reaching the end credits’.

Rumours from Spain suggest Pjanic, who has played 33 times for the club this season, has his heart set on a move to Barcelona, but the deal is said to have hit a snag with Arthur unwilling to go ahead with the swap move.

Spanish outlet Sport reported that the Catalan side are turning up the heat on the Brazilian to accept a move to Juventus so the deal can be completed. 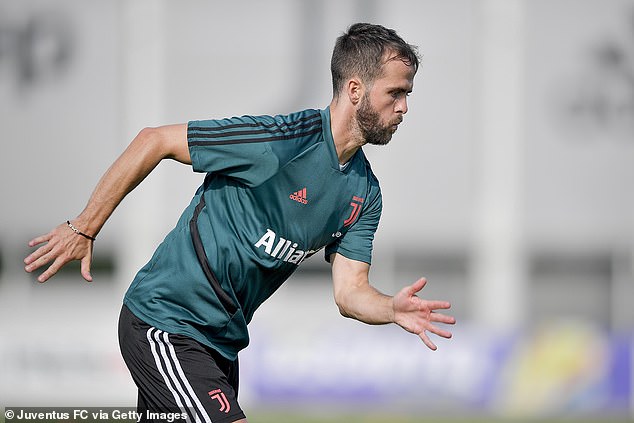 Chelsea are believed to be operating with a ‘one in, one out’ transfer policy this summer, with the club already wrapping up the signing of Hakim Ziyech from Ajax.

There are question marks over the future of N’Golo Kante and midfielder Jorginho has been linked with a move back to Serie A with Juventus thought to be interested.

Sportmediaset last week reported that the Italian side would be willing to offer Douglas Costa as a makeweight to land the player with ex-Chelsea manager Maurizio Sarri keen to be reunited with him.