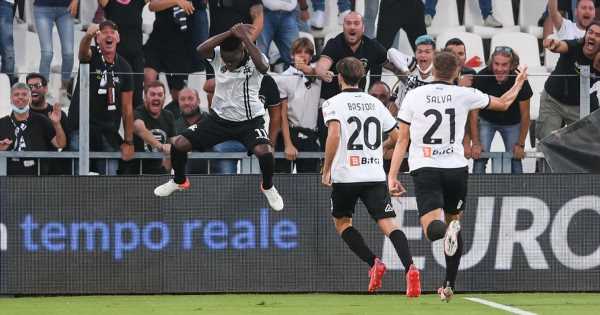 Juventus have been handed an unwelcome reminder of who they have been missing this season during the second-half of their Serie A clash against Spezia on Wednesday.

The Old Lady didn't win the league last season for the first time since 2011 – and that is despite Cristiano Ronaldo finishing as top scorer with 29 goals in 33 matches.

Following the departure of Andrea Pirlo and welcome return of Massimiliano Allegri, results have not gone to plan, with two defeats and two draws leaving them in the relegation zone before Wednesday's comeback victory.

During their trip to face Spezia, who were looking to go five points ahead of the Turin giants, Juventus were quick to hit back following Moise Kean's opener.

The goal came from Ghana international forward Emmanuel Gyasi, who has managed 17 league goals for the club since his move from Pistoiese back in 2016.

Despite his strike beating Wojciech Szczesny thanks to a defection, his celebration was a memorable one, and had taken inspiration from Manchester United new-boy Ronaldo.

Leaping into the air, the 27-year-old spun and uncrossed his arms, which has been done by Ronaldo since his time with Real Madrid.

Following that, Janis Antiste put the home side ahead, before Juventus struck back through Federico Chiesa and defender Matthijs de Ligt to win 3-2.

Will Juventus regret selling Cristiano Ronaldo? Tell us in the comments section

At the weekend Allegri had aimed a rant at his players during their draw against Milan, which handed the club their worst league start in over 60 years.

Euro 2020 star Chiesa was then singled out by his manager, whom he had brought on to go and win the fixture.

He said of the Italy international: “He entered in a difficult moment of the game. I needed him to bring the ball to the opponent’s half. He must grow and become aware of what he can do, because we are at Juventus.”

Adding: “I will admit that I made mistakes on the substitutions. I got it wrong. I should have put more defensive players on and put the 1-0 lead under lock and key. I take responsibility for that.

“If you don’t realise that you must put all personal issues aside, work as a full-back even if you’re a striker, then you won’t bring these results home. All we’ll remember is that we threw away two points.

“Luckily the referee whistled for the end, otherwise we could have lost it." 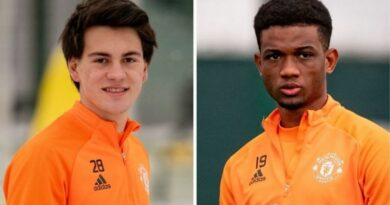