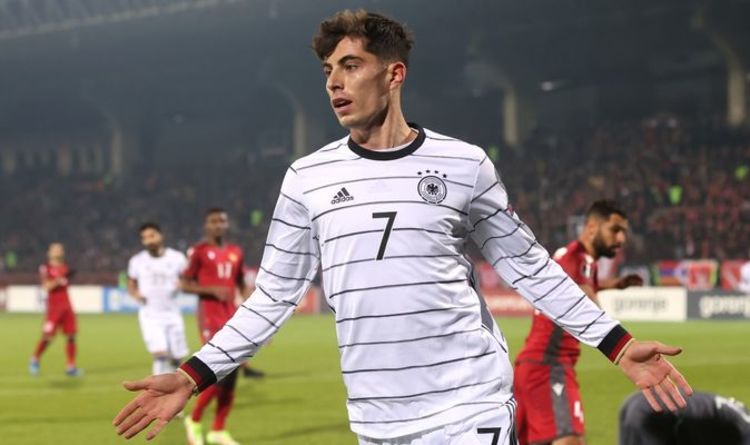 Kai Havertz sent a message to Chelsea boss Thomas Tuchel after firing Germany to a 4-1 win over Armenia on Sunday evening.

The Blues have been rocked by injuries to Romelu Lukaku and Timo Werner over the past month, leaving Tuchel’s side without a recognised striker.

But Havertz proved that he can be a capable deputy in that central striking role for the Blues in their absence with his clinical finish in Germany’s comprehensive World Cup Qualifying win.

Havertz opened the scoring for the Germans by tapping home a low cross after making an intelligent forward run in the box.

The 22-year-old has now netted in back-to-back games as he bids to put his disappointing first season in England behind him.

He managed to gloss over that disappointing tally by netting the winning goal in the Blues 1-0 triumph over Manchester City in the Champions League final back in May, but the pressure has been on the attacker to kick on this year.

Despite his woes in front of goal last year, Havertz always looked the most likely candidate to step up in the absence of Lukaku and Werner.

And his goal on Sunday evening means that the Blues ace now has five goals in his last nine games for both club and country.

It’s now up to him to replicate that form on a consistent basis so he can finally start to repay his gargantuan price tag.

Havertz’s goal against Armenia will come as an added bonus for Chelsea considering there were concerns over whether the attacker would be fit to play in the qualifier.

Havertz was a major doubt to feature after taking a nasty tumble over an advertising hoarding in the 1-1 draw with Burnley before the international break.

That knock was enough to prevent Havertz from featuring in two training sessions during the week before Flick confirmed the Chelsea star was fit enough to feature against Armenia.

Despite the club-record £97.5m arrival of Lukaku this summer, the Blues are seemingly still in the market for attacking reinforcements.

Amd after struggling to really impose himself on any set position during his year in London so far, Havertz now has the opportunity to prove to Tuchel that he can be the answer to their striking conundrum following his goalscoring exploits on the international stage. 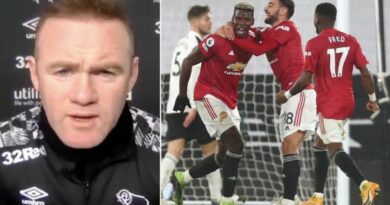