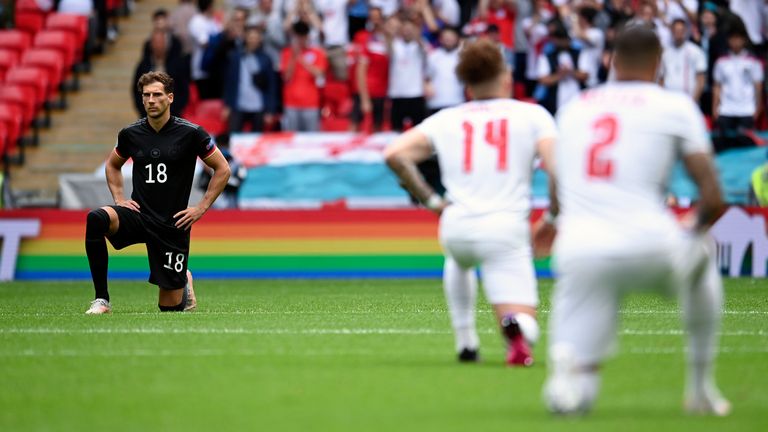 Kalvin Phillips believes the support for England players taking a knee is moving in the right direction ahead of Thursday’s World Cup qualifier against Hungary in Budapest.

Hungary will play their next two UEFA-sanctioned home matches behind closed doors after being charged with racist and homophobic offences by the governing body, with a third game suspended.

The supporter ban does not cover the upcoming England game, with World Cup Qualifiers played under FIFA jurisdiction, with the Puskas Arena set to have more than 60,000 home fans as England’s supporters have not been able to make the journey.

England players were adamant they would continue to take a knee before kick-off in a stance against racism and discrimination during a summer which saw the gesture jeered by their own fans en route to the Euro 2020 final.

The boos were gradually taken over by cheers as attendances increased and Leeds midfielder Phillips feels that shows the players were right to stick to their guns.

“It’s hard to say we’re starting to win but we’re going in the right direction,” he said.

“The boos at Middlesbrough were disappointing and heartbreaking for us but as time went on, the more vocal we were that we were going to take the knee and support what we believe in…I think a lot of fans understood that and they did switch the other way and carried on cheering for us.

“I obviously know about the situation [in Hungary] and how it’s been over there but it’s not happened yet, so I can’t really say anything on that.

“I just know that us, as a group know, we’ll carry on taking the knee because it’s important for us, important for our country and to fight racial abuse.”

Despite supporters beginning to back players taking a knee, there is still plenty to be done to tackle racism after three England players were abused after the shootout defeat to Italy in the Euro 2020 final.

Marcus Rashford, Jadon Sancho and Bukayo Saka were the targets of racist abuse on social media after missing their penalties.

Asked if the reaction took the shine off reaching a first major final in 55 years, Phillips replied: “Not really. 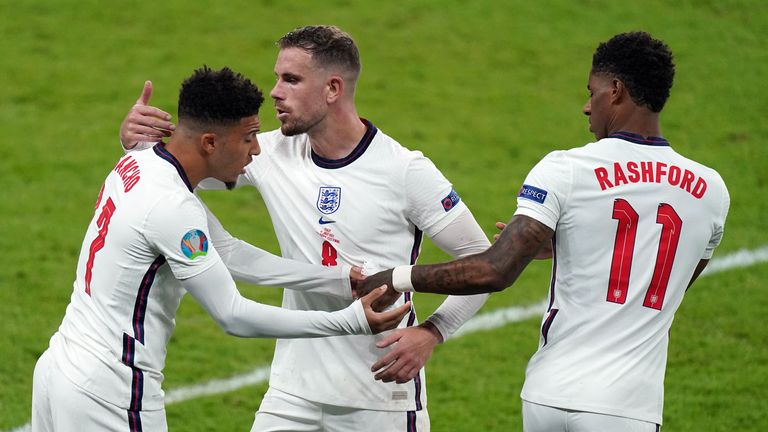 “Obviously it is out of our hands. If I had it my way, if I was in charge of any of the social media teams or anything I would just block them or report them to the authorities.

“It is very hard to do that and that is what we are pushing towards. That is what we need to do. For me personally, it doesn’t take the edge off it, playing for my country.

“I want to make my family and my country proud, regardless of what goes on outside. I am not going to let things like that, but other than that it is a major honour.”

Phillips, who was voted England men’s player of the year on Tuesday, was the first player to rush over and console Saka after the Arsenal forward missed the deciding spot-kick.

“For me as a person, I feel like if anybody feels disappointed or anything, I want them to be able to come and talk to me,” he said.

“In the way we lost the final, especially for Bukayo because he is so young, on a big stage, I just felt like I needed to go over and console him. 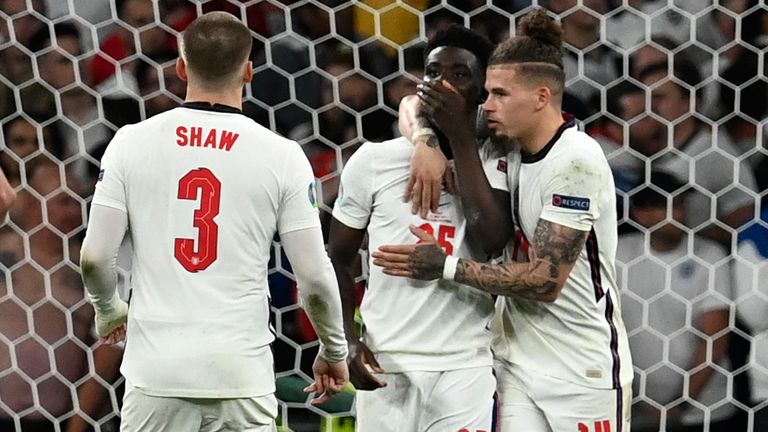 “I just said ‘don’t worry about it. I said ‘it happens in football.’ I said to him ‘lift your head up.’

“Obviously he is going to be upset at that moment but even after the game in the changing room I’m just saying ‘listen, that’s the way football is and if it was anybody else, we’d all do the same. We all think the world of you right now’.” 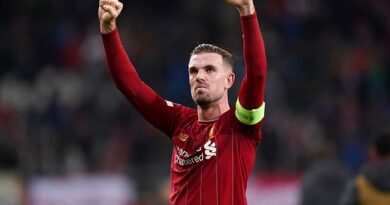 Liverpool 'to open talks' over new deal with Jordan Henderson