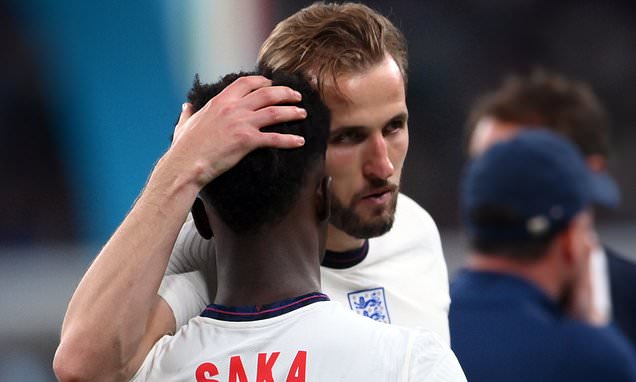 Harry Kane backs Marcus Rashford, Jadon Sancho and Bukayo Saka to recover from penalty-taking heartache in Euro 2020 final defeat to Italy and insists it will give England more motivation for the World Cup in Qatar

Harry Kane has defended Marcus Rashford, Jadon Sancho and Bukayo Saka after the trio missed from the spot in an agonising defeat on penalties to Italy in the Euro 2020 final – as the Tottenham Hotspur striker backed the team to use the disappointment as fuel for next year’s World Cup in Qatar.

However, the national team captain admitted that the loss would ‘probably hurt for the rest of our careers’.

Things were looking rosy when Luke Shaw gave the hosts the lead in record-quick time before Leonardo Bonucci’s equaliser midway through the second half, with extra time coming and going before that familiar sinking feeling from 12 yards. 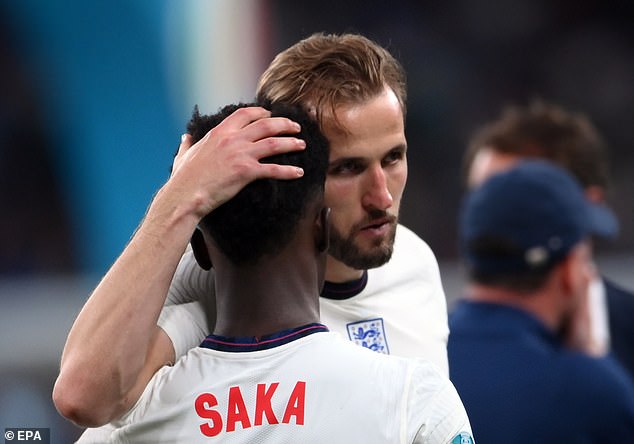 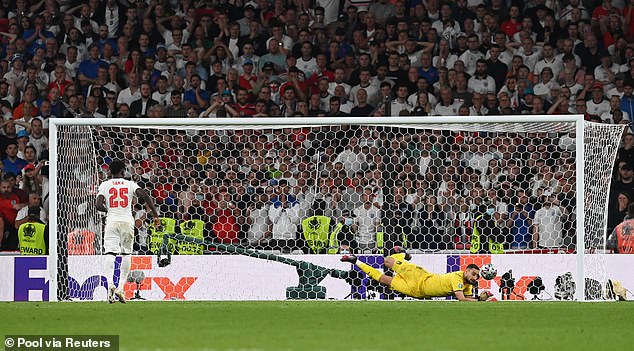 After an emotionally draining evening at Wembley, Kane told the BBC: ‘We couldn’t have given more. Penalties are the worst feeling in the world when you lose.

‘But we should be proud of our tournament, we’ve got to hold our heads up high. It’s going to hurt now.

‘Italy are a very good side. Maybe we dropped too deep, they had a lot of the ball but we looked fairly in control.

‘After that it was 50/50 and penalties is penalties, it just wasn’t our night. Anyone can miss a penalty, those boys are going to grow from it and it will give us even more motivation to do well at the World Cup next year.

‘It will probably hurt for the rest of our careers, but that’s football. All we can do is build and learn.’

Speaking to ITV, Kane focused on the positives of the team’s progression under Gareth Southgate: ‘(I’ve said to the boys) to hold their heads up high. 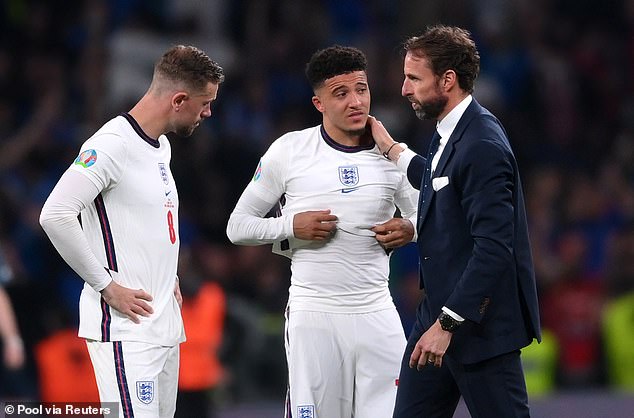 ‘You know we’ve come a long way since Russia, broke down a lot of barriers, got to our first final in a very long time and we should be very proud of that.

‘Of course we want to win, it’s going to hurt for a long time. Penalties are the worst way to lose and unfortunately it wasn’t our night for that.

‘It’s not easy to take a penalty in the highest of pressure you’re going to face. We told everyone to stick to their process. 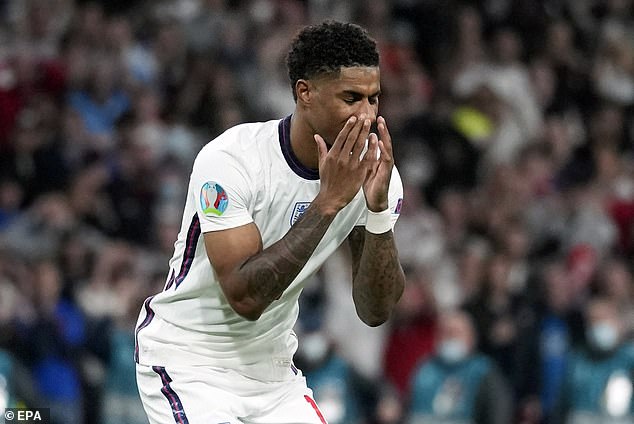 ‘Sometimes the goalkeeper makes a good save and that’s what happened tonight. We’ll be behind each other all the way.

‘We started in the perfect way, but that sometimes puts you in the mindset to drop in and protect the lead.

‘I think that’s what kind of happened to us today. We couldn’t get on the ball as we normally have in games and keep possession.

‘Credit to Italy, who are a very good side. We’ll look at things we could have done better, but that’s what we’ve got to learn going forward. 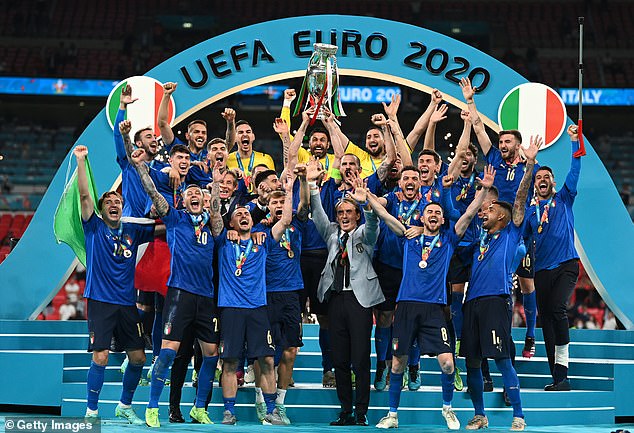 ‘I think for sure (it’s) a missed opportunity right now. (It’s) not often you get in the final for your national team. It’s been 55 years since we last won.

‘The opportunity was there for us, but we didn’t take it and that’s what hurts. That’s going to hurt for a long time, but that’s part of the game. We’ve got to get on with it and move on.

‘We’ve got to build belief from this, we’ve got a great young squad loads of amazing players. We need to dust ourselves down, hold our heads up high and get ready for that tournament.’