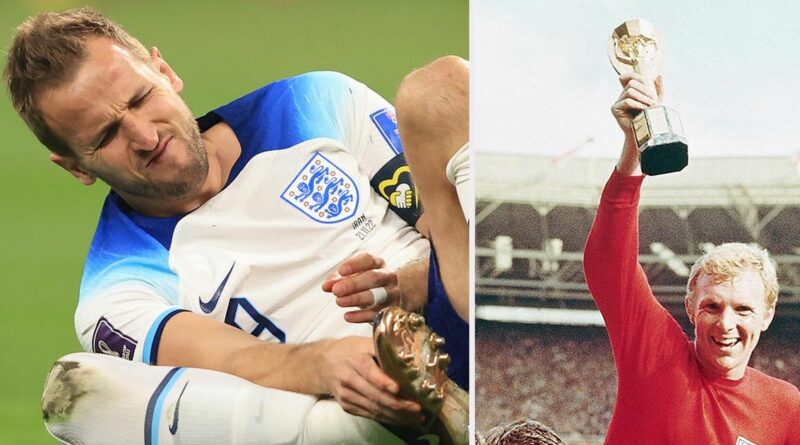 Injury fears surrounding Harry Kane at the 2022 World Cup have sparked comparisons to England's only successful tournament back in 1966 – with fans dreaming of glory 56 years later.

The England skipper has been sent for a scan on his ankle following a poorly timed tackle that left him clutching his foot during England's win over Iran – despite initially playing on.

Rewinding to the 1996 showpiece, Sir Alf Ramsey's hosts begun the tournament with Jimmy Greaves and Roger Hunt up front – before an enforced change following the win over France.

Tottenham icon Greaves required 14 stitches after French midfielder Joseph Bonnel raked his studs down his shin – which gave him a permanent scar.

Ramsey responded by bringing in Geoff Hurst, who scored in the quarter-final against Argentina to keep his place in the semi-final against Portugal before netting his hat-trick in the final against West Germany.

As well as having come into the tournament as the star striker, the Spurs connection between Kane and Greaves has left supporters considering a repeat of history.

Do England have enough to win the World Cup without Harry Kane? Tell us in the comments section below.

A second agreed: "Callum Wilson will do fine…could end up being a Jimmy Greaves/Geoff Hurst scenario!"

Callum Wilson could well earn a starting sport for England's Group B clash against the United States on Friday (November 25) and beyond should Kane's scan come back with bad news.

Greaves spoke emotionally about his place on the bench years after the final, with fans now hoping that Kane is fit to keep his place in the side to avoid a similar heartbreak.

The icon, who passed in 2021 aged 81, said: "I danced around the pitch with everyone else but even in this moment of triumph and great happiness, deep down I felt my sadness.

"Throughout my years as a professional footballer I had dreamed of playing in a World Cup Final. I had missed out on the match of a lifetime and it hurt."

However, there is hope that the scan is simply precautionary following the brutal tackle from Morteza Pouraliganji which left the 29-year-old in agony.

The fact that Kane continued on to play for 25 further minutes before being withdrawn can either be seen as a positive or a negative, with Southgate feeling upbeat.

He said after the 6-2 victory in which Kane assisted goals for both Raheem Sterling and Marcus Rashford: "I think Harry's fine. It looked like a bad tackle but he carried on in the game. We took him off because we felt it was a moment in the game we could do that." 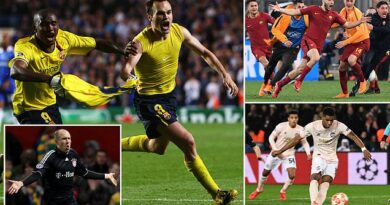 The most dramatic away goal moments in the Champions League

Istanbul Basaksehir 3-4 RB Leipzig: Pressure is on for Man United 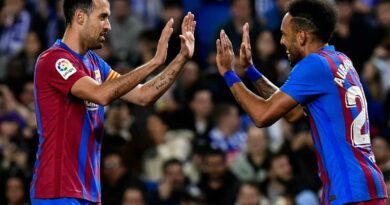