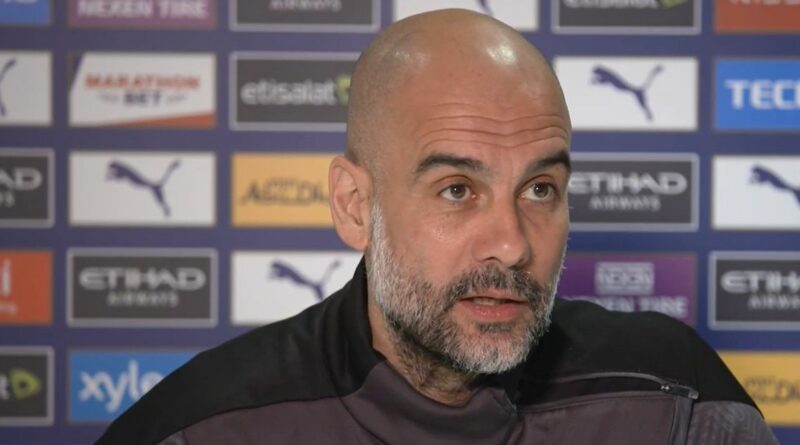 Wantaway Tottenham star Harry Kane’s potential move to Manchester City remains in doubt – after Pep Guardiola previously moaned about the “impossible” cost it would take to sign him.

Kane enjoyed yet another excellent season in front of goal, winning the Premier League’s golden boot award for the third time in six years.

But the England captain’s individual talents have not been matched by his club’s performances, with Spurs finishing seventh in the top-flight last season.

Tottenham’s inability to challenge for silverware has left Kane wanting out, with City and Manchester United the frontrunners to sign the 27-year-old.

City are in need of a new striker having allowed Sergio Aguero to depart on a free transfer at the end of last season. Kane is their top target to fill that gap in their squad, but Tottenham chairman Daniel Levy will take some convincing that he should allow his star striker to join a rival club.

The Englishman’s contract also has three years left to run on his contract, meaning Tottenham can virtually name their price for Kane.

And with Kane currently starring for England at Euro 2020, having scored three goals in his last two games, that price is only rising.

Will Harry Kane leave Tottenham this summer? Comment below. Currently, that price tag is more than £150million, with City having already seen a £100m bid rejected.

Erling Haaland has also been linked with a Kane deal proving expensive, but Borussia Dortmund are demanding a substantial fee for the Norwegian.

City’s failure to bring in a striker yet has left some to point out Guardiola's exasperation in April about the "impossible" prices that have been quoted by the selling clubs.

“At the prices (quoted) we are not going to buy any strikers. It is impossible, we cannot afford it,” Guardiola told Catalan network TV3 at the time.

"All clubs are struggling financially, we are not an exception. We have Gabriel (Jesus) and Ferran (Torres) who have been incredible in this position.

“We have young players in the academy and we play many times with a false nine. There is more of a chance we aren't going to buy a striker for next season.”