The forward, who scored 44 goals in all competitions last season, picked up the LaLiga Santander Pichichi Trophy, the Di Stefano Trophy and the Hyundai Supporters’ MVP Trophy at the Goya Theatre.

Speaking after the event, Benzema, who also won the Champions League and LaLiga with Real Madrid last season, told Marca he was was ‘very proud’ to be recognised for his work, but was quick to state he is hungry to carry on scoring as he looks for even more major achievements. 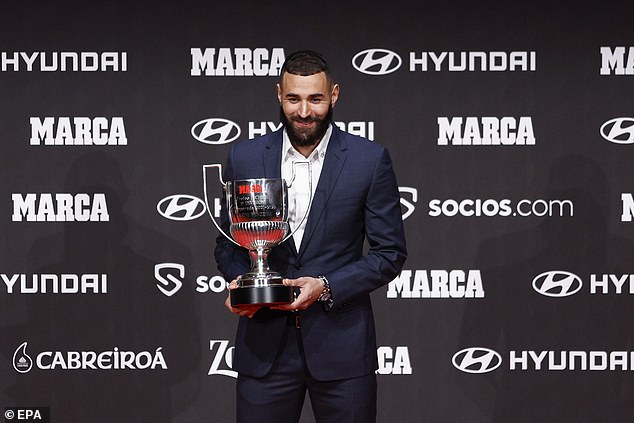 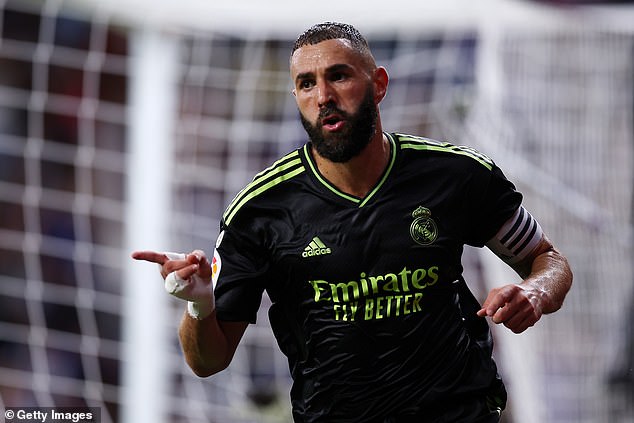 Benzema, 34, admitted he is hungry for ‘more’ goals after netting 44 times last season

‘I feel very proud of my work,’ he said. ‘I think this year is going to be a difficult year. I always want to do more.

‘I’m going to try and do more, that includes winning LaLiga, scoring a lot of goals and most importantly, enjoying myself on the pitch.’

It is the first time the France forward has won the Pichichi trophy, which is awarded to La Liga’s top goalscorer each season. 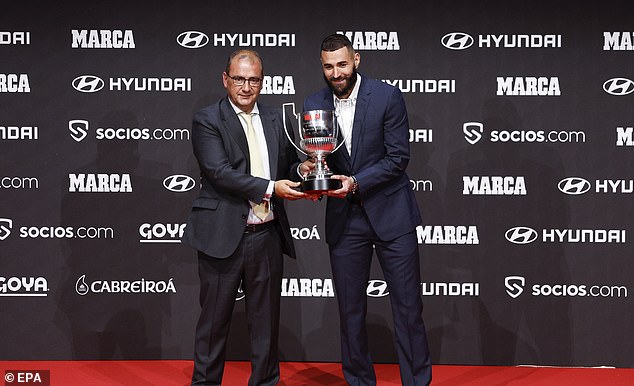 It was Benzema’s first time winning Pichichi trophy, which is given to LaLiga’s top goalscorer

‘It’s a very important trophy for me, thanks to my team-mates,’ Benzema added.

‘Without them I wouldn’t be here today. Thanks to the fans, the club and the president.

‘Every year is different, every year our rivals want to win LaLiga and let’s see what happens this year.

Benzema has been out of action for nearly a month after picking up a knock in Real Madrid’s Champions League game against Celtic earlier this month. 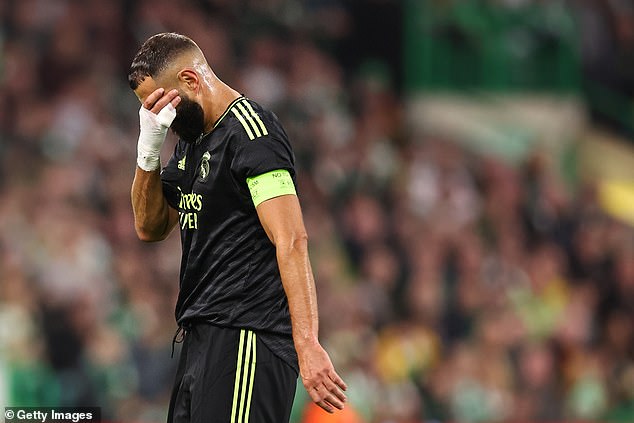 Benzema has been out injured for nearly a month, but seems set to return this weekend

But, speaking to AS via Football Espana, the 34-year-old revealed he is ready to return to the team for their fixture against Osasuna on Sunday.

He said: ‘I am happy to return to the team. I have spent time doing and I have had time to do a preseason.

‘I feel very good, comfortable. I am looking forward to playing on Sunday.’