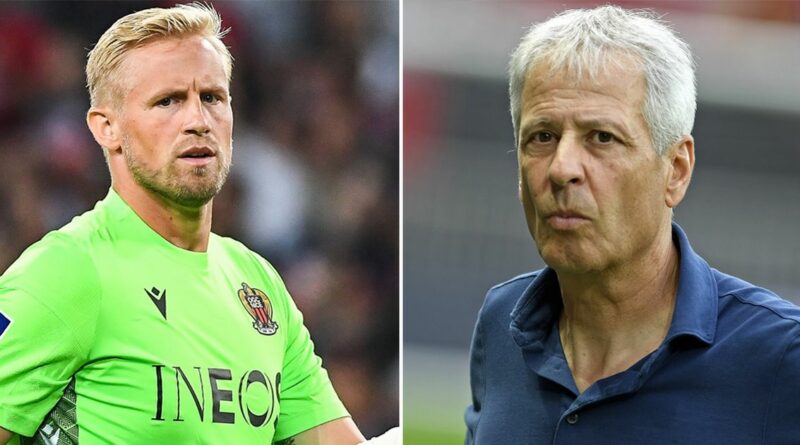 Kasper Schmeichel is said to have 'infuriated' OGC Nice chiefs after rocking up to the club overweight and 'demanding' first-team football despite the goalkeeper's Ligue 1 career beginning poorly.

The Denmark international made the move to the south of France after 11 years at Leicester, where he won the Premier League famously in 2015/16 and is revered as a legend. This summer, though, he told Brendan Rodgers he wanted out and the club obliged despite him having one year left on his contract.

However, it has been anything but a good start to life south of the English Channel for Schmeichel – who has done little to impress his new manager Lucien Favre since making the move. In fact, there has been widespread frustration by the 35-year-old's antics according to local media.

According to RMC Sport, the veteran stopped arrived in the summer with a 'very high' body fat percentage, which led him to making the wrong first impression with his new boss. Former Chelsea ace Marcin Bulka has been Nice's No. 1 as a result this season.

There were further strains put on the relationship when Schmeichel's entourage reportedly went above Favre to ask club owner and Britain's richest man Sir Jim Ratcliffe about starting the first game of the season against Toulouse.

That request went on to fall on deaf ears with Bulka being utilised instead, on loan from PSG.

But Schmeichel has not just stopped there with the goalkeeper allegedly not adhering to squad rules.

It is further reported that the former Fox does not stick to meeting times or club-mandated rest days. However, Favre did grant his wish by starting Schmeichel in the next six games – a run where Nice won twice.

Meanwhile, the keeper's replacement at Leicester has also had a poor start to the season with Danny Ward struggling in the Premier League. Rodgers' side are rock bottom of the table where he is battling to save his own job. 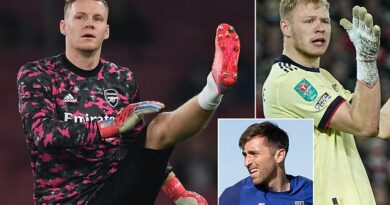 Liverpool in danger of being KICKED OUT of Carabao Cup