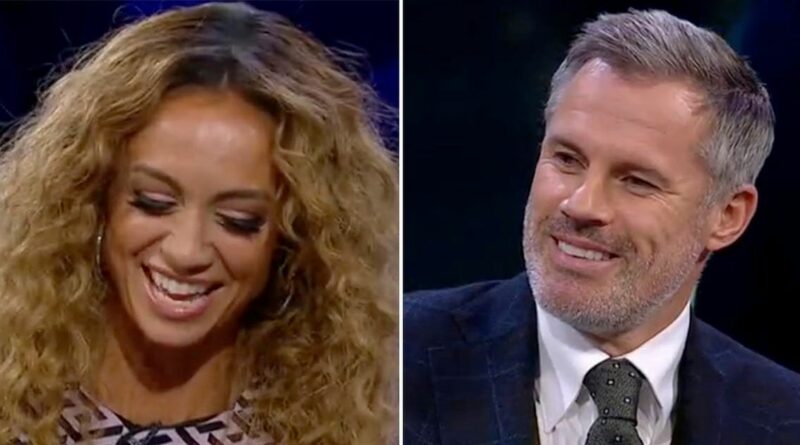 Although Kate Abdo's ability to translate French, Spanish and German in real time earned the commendation of Thierry Henry and Micah Richards – Jamie Carragher had other ideas.

The CBS Sports host and her colleagues on their Champions League coverage were back in the studio this week – and shown interviews by PSG's Kylian Mbappe, Federico Valverde of Real Madrid and RB Leipzig boss Marco Rose.

Abdo effortlessly translated the questions and answers from all three for the English speaking viewers, with Henry offering a fist-bump before Richards and Carragher replied.

Richards said: "Wow Kate! Three interviews in three languages. The first one French, second one in Spanish and the third one in German!"

Carragher then added: "Let's not get too carried away… can she do four?"

With Abdo asking: "What have we got?" Carragher let out: "Can you do Souse?"

Who is the best presenter in football? Give us your thoughts in the comments section below.

The Liverpool legend then entered a monologue while turning up his regional accent to leave Richards in stitches, with Abdo asking her colleague to slow down and revealing that her mum is in fact a scouser.

Meanwhile, social media was also full of praise for Abdo, as one fan said: "This is a tremendous ability on top of being an ace presenter. A very good use of having languages."

A second added: "She is unbelievable at her job. It is so damn impressive."

A third agreed: "So incredibly impressive and in a live studio environment too."

Earlier in the evening, Carragher and Richards did their best impressions of Christopher Nkunku's balloon celebration for RB Leipzig.

Richards said: "But look at this for a celebration there! Absolutely… I feel left out! So why not!"

With the pair grabbing red balloons, they blew them up simultaneously before posing in the style of Nkunku – then releasing them to fly across the studio. 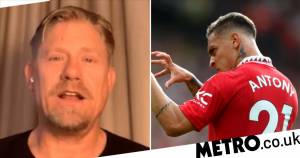