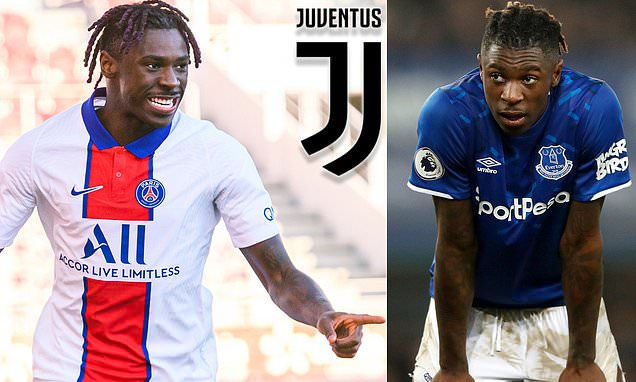 Moise Kean could make a shock return to Juventus this summer, with the Italian giants reportedly interested in doing a player-plus-cash deal with Everton to bring the 21-year-old back to Turin after his impressive form for Paris Saint-Germain.

Kean joined Juve’s academy in 2010 and worked his way up through the ranks, eventually making his first-team debut against Pescara in November 2016 to become the club’s youngest-ever debutant at 16 years, eight months and 23 days before scoring eight goals in 21 games for the Old Lady prior to his Merseyside move in 2019.

Kean did not quite live up to the price tag for the Toffees, scoring twice in 29 Premier League appearances in his debut season before joining PSG on a season-long loan in October last year – and could now be returning home, according to Tutto Mercato. 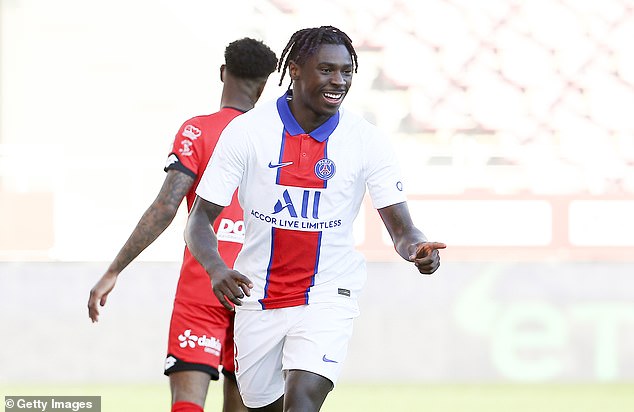 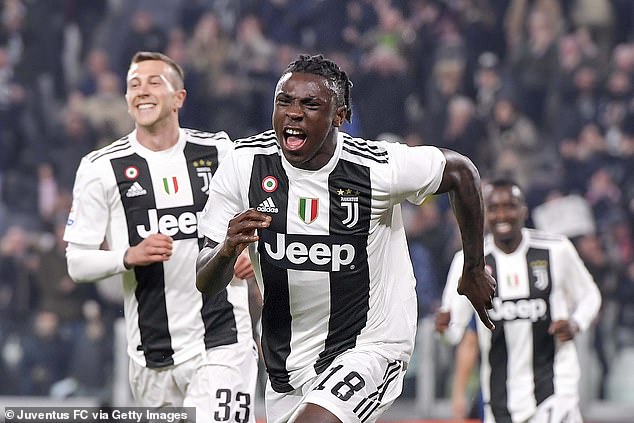 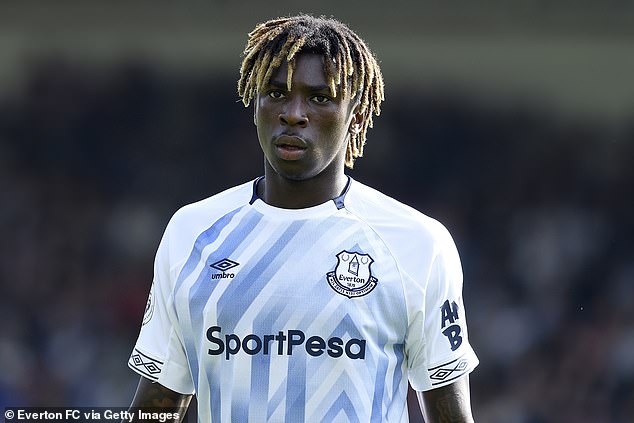 However, the 21-year-old’s time at Everton has seen him score just two Premier League goals

Aaron Ramsey or Douglas Costa could become makeweights in a potential deal, with the pair each valued at €15million (£13m) and Juventus needing to stump up another £21m to meet Everton’s asking price for Kean.

Juve’s struggles have been well documented this term, with Andrea Pirlo’s men failing to close the 10-point gap to pace-setters Inter Milan after an embarrassing 1-0 loss at home to strugglers Benevento as a 10th consecutive Serie A title looks out of the question.

Cristiano Ronaldo has again been forced to carry the goalscoring burden, with his 23 league strikes streets ahead of the rest of his team-mates, with Alvaro Morata (seven) and Federico Chiesa (six) the next highest scorers. 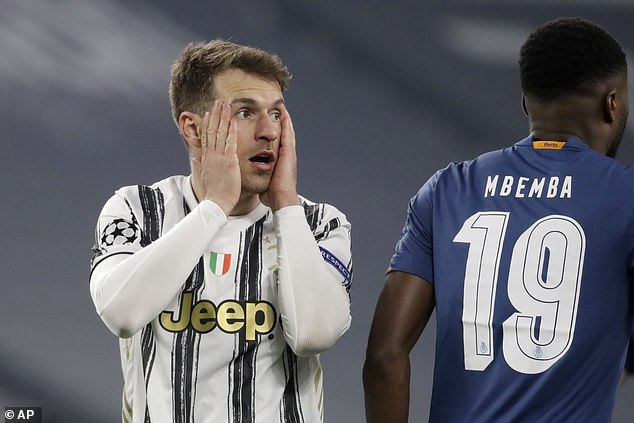 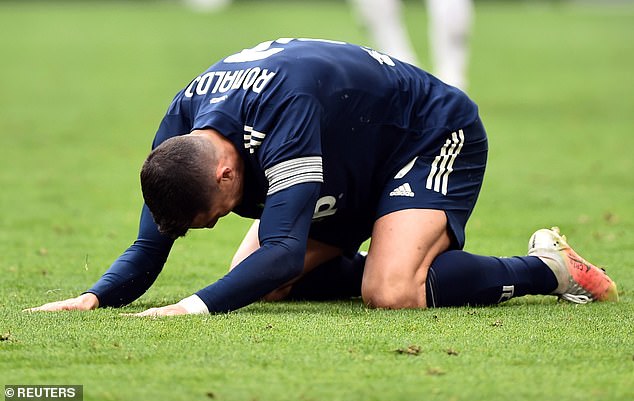 Since his move to PSG, Kean’s confidence in front of goal has returned, with 15 strikes to his name in 29 games for Les Rouge et Bleu, including a goal in the Nou Camp and the winner against Nice to send PSG back to the top of Ligue 1. No doubt Mauricio Pochettino will also be looking to snap Kean up permanently.

Kean has made Roberto Mancini’s Italy squad for the forthcoming 2022 World Cup qualifiers against Northern Ireland, Bulgaria and Lithuania.