Chelsea goalkeeper Kepa Arrizabalaga says he believes he can “turn the situation around” at the club after being dropped by Frank Lampard following a poor start to the season.

Kepa, who joined Chelsea for £71m – a world-record for a goalkeeper – in 2018, has failed to establish himself in his first two campaigns at Stamford Bridge and was dropped by Lampard for back-up stopper Willy Caballero on multiple occasions last season as the club struggled defensively.

“I feel good, strong and confident,” Kepa said after joining up with Spain’s national team. “Maybe not the dream and expected situation.

“We have to experience things like this during our career as footballers. I need to carry on working calmly.

“I am confident to turn the situation around. When I have the opportunity to play I will try to do it the best possible.”

Despite dropping Kepa, Lampard insisted that criticism of the former Athletic Bilbao player was “unfair” and that he still had a future at the club.

Asked about Lampard’s comments, Kepa said: “I think you should ask him as they were his words.

“Each coach is different on his communication with the players. I am not going to comment on those words.

“I feel the confidence of the club and also here in the national team. As I have said, I am playing for two top teams with two magnificent coaches. I am only focused on the next match trying to add if possible. “ 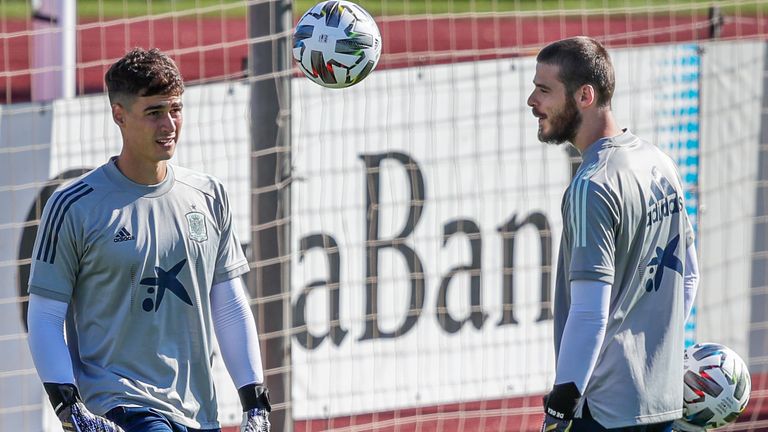 Kepa was also playing back-up for Spain during the last international break, as Manchester United’s David de Gea was selected by Luis Enrique to start Nations League matches against Germany and Ukraine in September.

Spain have a triple-header of Nations League fixtures over the next week, with matches against Portugal, Switzerland and Ukraine, all live on Sky Sports.

“I spoke with Kepa in September and I have done it once again now in October when we saw each other,” Enrique said.

“He has proved maturity as he has adapted to a very difficult situation, but it is not the end of the world.

“It is something that always happens during any footballer’s career as most of us we have had to cope with sporting difficulties. I believe it is the perfect moment for Kepa to prove what he is made of.”