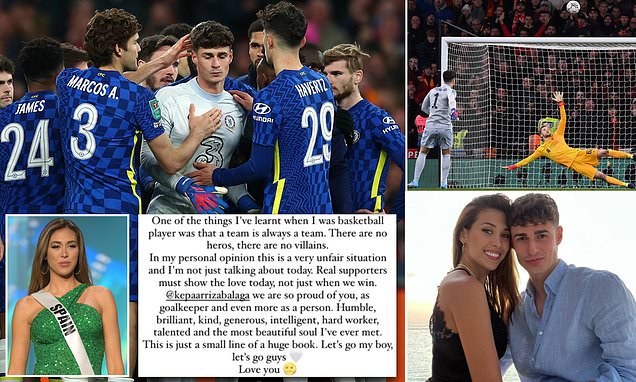 ‘This is a very unfair situation and I’m not just talking about today’: Chelsea goalkeeper Kepa Arrizabalaga’s Miss Universe girlfriend hits out at casting of him as the ‘villain’ of the Carabao Cup final after his shoot-out shocker

The shotstopper came off the bench in the closing stages of extra time at Wembley specifically for the Blues’ penalty shoot-out against Liverpool.

But Kepa did not manage to save a single one of the Reds’ 11 spotkicks – including one from his Liverpool counterpart Caoimhin Kelleher –  before firing his own over the bar to hand Jurgen Klopp’s side their ninth League Cup win. 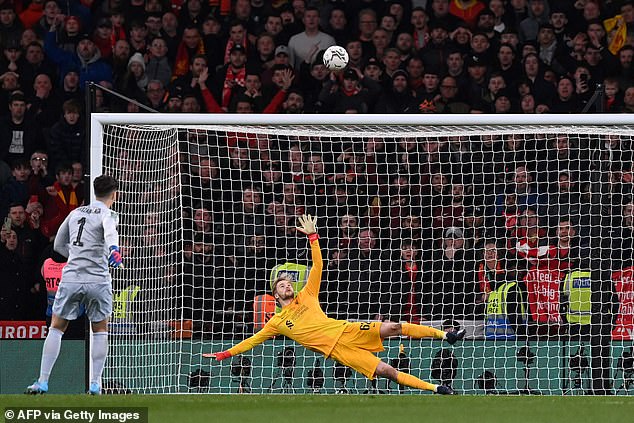 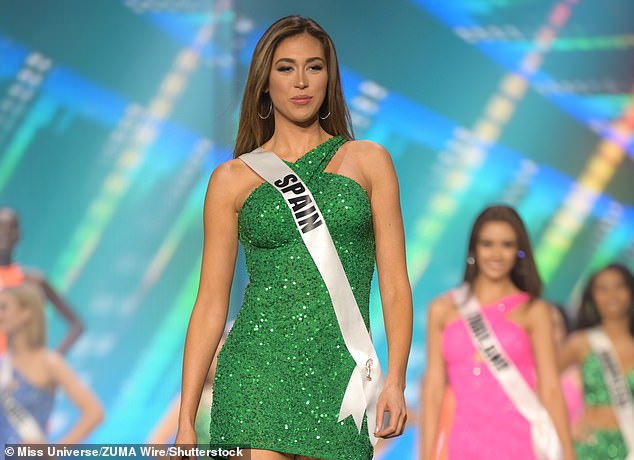 His girlfriend, former Miss Universe Spain Andrea Martinez, has taken to social media to criticise the casting of him as a ‘villain’ and called on Chelsea fans to show the goalkeeper support following his blunder.

Martinez shared a photo of Kepa’s Chelsea team-mates consoling him following the defeat to her Instagram story.

Alongside the photo she wrote: ‘One of the things I’ve learnt when I was a basketball player was that a team is always a team. There are no heroes, there are no villains. 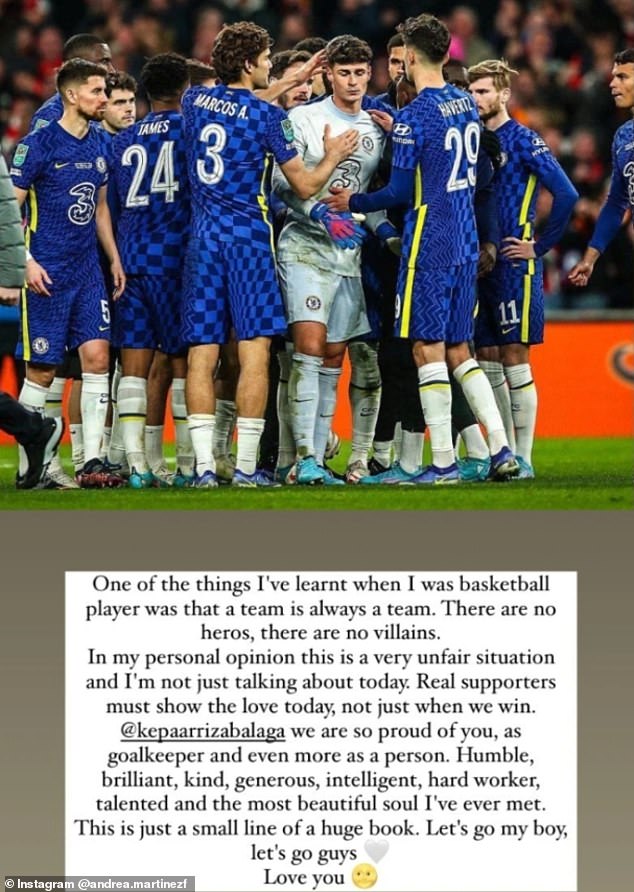 ‘In my personal opinion this is a very unfair situation and I’m not just talking about today.

‘Real supporters must show the love today, not just when we win.

‘@kepaarrizabalaga we are so proud of you, as a goalkeeper and even more as a person.

‘This is just the small line of a huge book. Let’s go my boy, let’s go guys. Love you.’

The 29-year-old has reportedly been dating the Chelsea goalkeeper for some time but only went public with the relationship last month when she posted a photo of the pair looking loved-up to her social media . 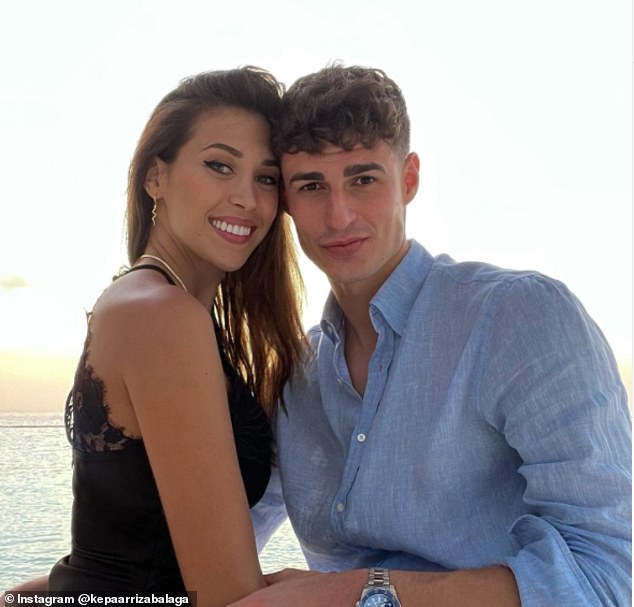 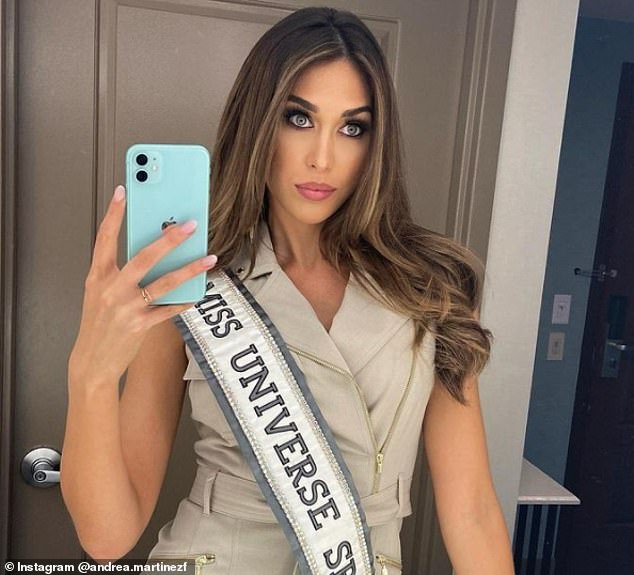 She was said to be at Wembley cheering her boyfriend on from the stands, wearing a Chelsea shirt with his name and number on the back.

Martinez is a former basketball player who represented her country at youth level before winning Miss Universe Spain in 2020.

According to her Instagram profile, she studied Business Administration and Management and now works in marketing.

After the game, Chelsea boss Thomas Tuchel insisted critics should blame him and not his goalkeeper for the defeat.

The German made the tactical decision to replace Edouard Mendy with Kepa in goal for the shoot-out – a gamble that did not pay off. 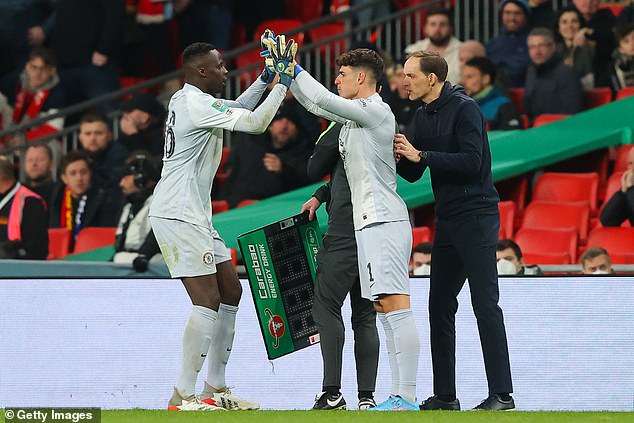 He insisted that the players knew of the plan beforehand and took responsibility for the change.

‘Do you think we do this and don’t talk to the players? The players know the plan and we have done it before,’ said Tuchel.

‘If you want to blame somebody, blame me; this is not a problem.

‘I take the decisions and I don’t take them to try to be the hero. Today it took 11 penalties to find the winner. And if you want to blame anyone blame me, there’s no problem.’