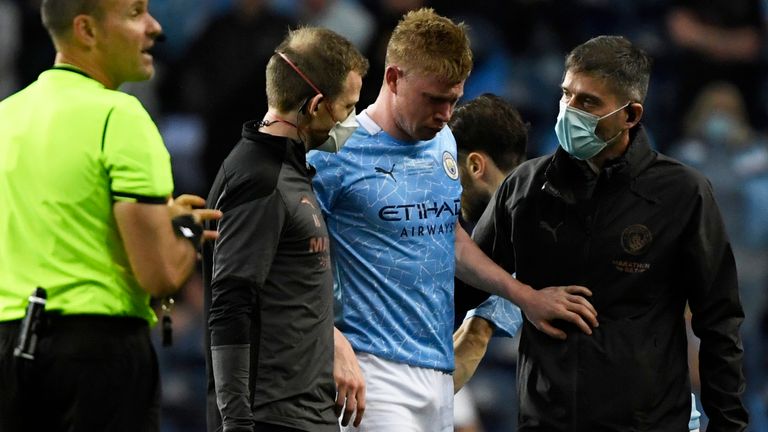 Belgium manager Roberto Martinez says Kevin De Bruyne does not require surgery after fracturing his nose and eye socket and is optimistic the midfielder will join their squad next week ahead of Euro 2020.

Despite the encouraging prognosis, Martinez is unsure whether De Bruyne, 29, will return to fitness in time for Belgium’s opening group-stage game against Russia on June 12. 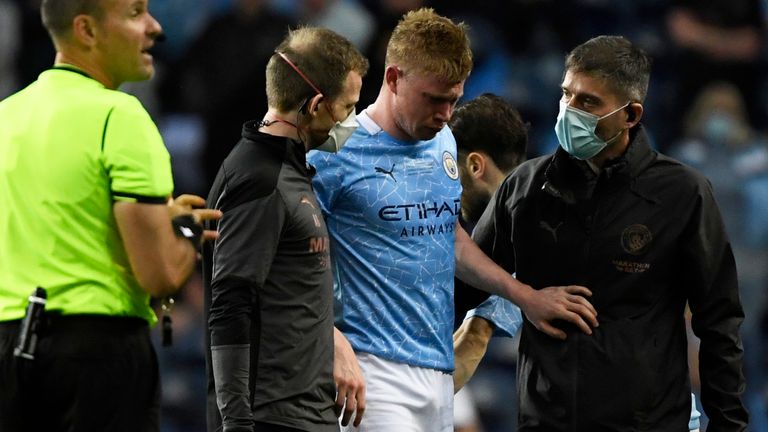 “It is going to be a period that we need to monitor and we need to take a lot of extra tests to see where his condition is. We are going to be very cautious,” said Martinez from Belgium’s training camp.

“When I spoke with Kevin he looks quite positive and feels well. We have been fortunate within all the sad news when we saw the incident that even though Kevin has a double fracture, he doesn’t need surgery.

“Needing surgery would make it very difficult for Kevin to be a part of the European Championships.

“I think I am feeling the opposite now because of the way that he has reacted, and the way that the treatment is, we are feeling confident that we will get a clear picture over the next seven days. That is the way we are going to take it.

“We wish Kevin a speedy recovery for his own health point of view but I feel positive that he will be able to join us in the near future.”

Belgium face Denmark on June 17, before they play Finland in their final match of Group B on June 21.