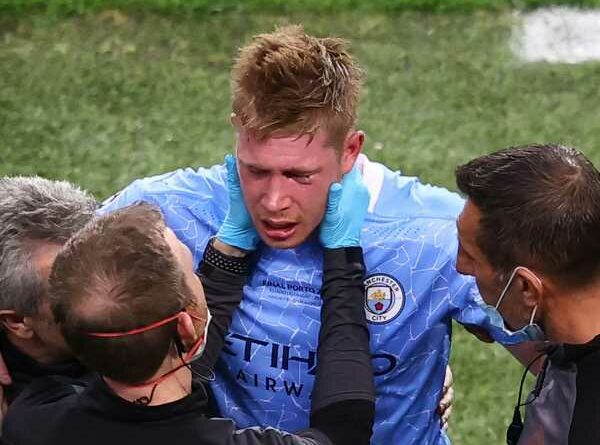 Kevin De Bruyne has confirmed that he suffered an acute nose bone fracture and left orbital fracture during Manchester City’s defeat to Chelsea in the Champions League final.

The 29-year-old was forced off after an hour in Porto, with Pep Guardiola’s side falling 1-0 to the Blues at the Estadio do Dragao.

De Bruyne could be seen leaving the pitch in tears following the clash with Antonio Rudiger.

A black eye was quickly visible and the player needed treatment for a number of minutes, contributing to seven additional minutes at the end of regulation time. De Bruyne was taken to hospital for further treatment after the match but has now left the medical facility.

Clarifying the extent of the injury ahead of Euro 2020 next month, De Bruyne wrote on social media: “Hi guys just got back from the hospital. My diagnosis is Acute nose bone fracture and left orbital fracture.

“I feel okay now. Still disappointed about yesterday obviously but we will be back.”

Roberto Martinez, the Belgian Red Devils manager, admitted his concern for his star player while working as a pundit for CBS Sports on the showpiece match, claiming the German defender should have received a red card for the challenge.

“When you see it at the beginning, you are thinking, ‘Oh, it’s a clash of heads’,” said Martinez. “Rudiger is holding his head and Kevin is in a really bad state.

“Kevin is not a player that he goes down for no reason. You can see the pain and it’s a swollen eye. 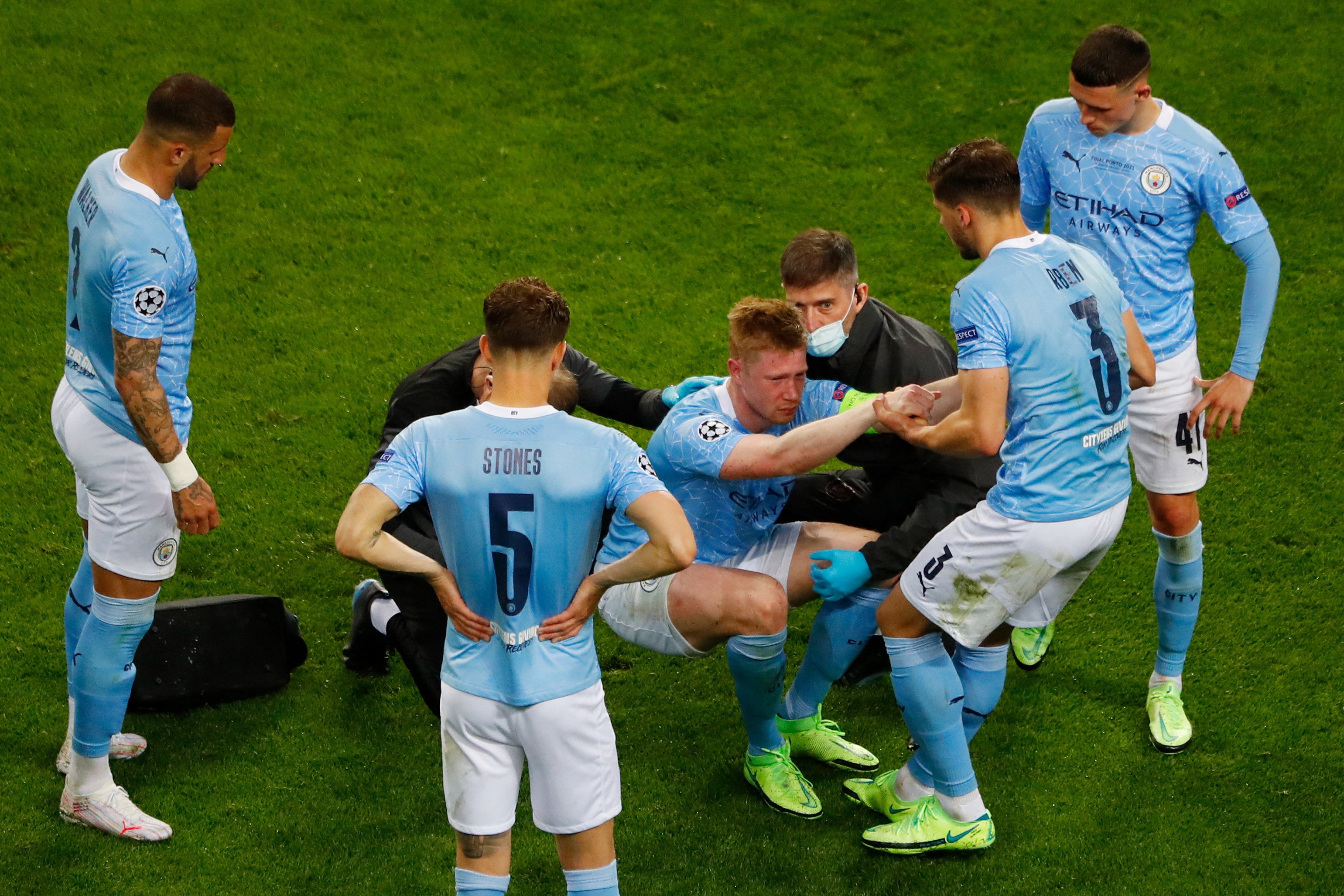 Kevin De Bruyne is helped onto his feet after his injury

“For me, Rudiger is very, very fortunate. When you look at the replay there is no clash of heads. He’s properly leaving the shoulder against Kevin. And he seems concussed and we will see the state of that.

“But that leaves a sour taste because Rudiger’s holding his head, it’s almost that he wants to show that he’s hiding something. For me, it was excessive force and it was reckless. And it should have been a red card.” 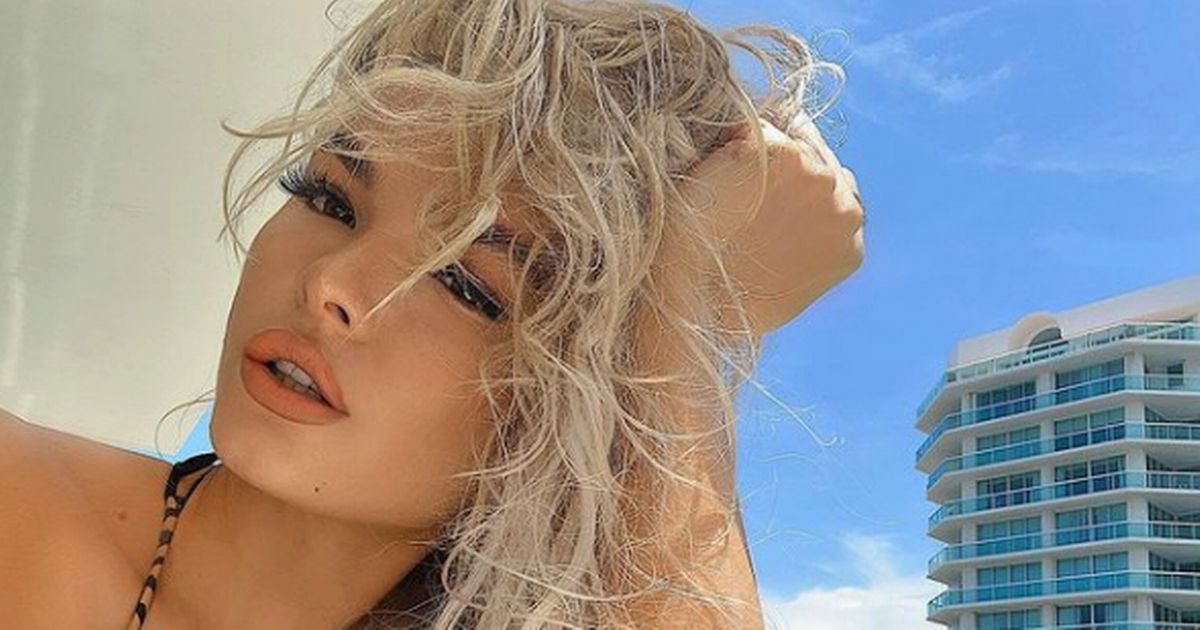