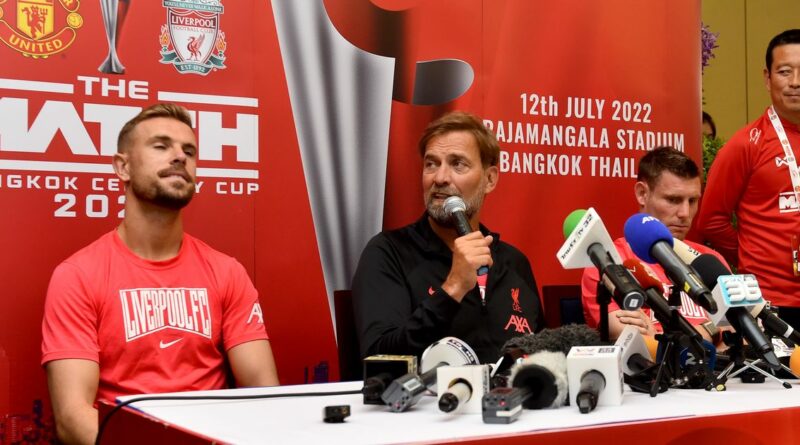 Liverpool boss Jurgen Klopp couldn't resist taking a cheeky swipe at Manchester United after the Reds touched down in Thailand for their pre-season tour.

Klopp's squad arrived in Bangkok on Saturday to continue their preparations for the upcoming Premier League campaign. The Reds were mobbed by around 1000 ecstatic supporters at Suvarnabhumi airport – just one day after their bitter rivals were greeted by far fewer fans.

And the cheeky German couldn't help himself from poking fun at United after Liverpool's warm welcome. The Reds chief quipped: "First question I have, did it look like this yesterday when Manchester United were here?"

The two sides are set to meet in a pre-season friendly clash on Tuesday at the sold out 52,000-seat Rajamangala National Stadium. The match will see Klopp come face-to-face with United's new boss, Erik ten Hag, for the first time since the Dutchman was handed the top job at Old Trafford.

And Klopp believes that United could have a slight advantage over his side as they've been training slightly longer than Liverpool, who were back to action later than other teams as they competed in the Champions League final back in May.

Klopp added: "Manchester United – a new manager, trained a little bit longer than us so might be in a better situation. But we see it as an important test because it's against United and we don't play friendlies. Obviously both teams don't play friendlies against each other, so we will see what we can do."

Who do you think will come out on top in Tuesday's match between Liverpool and Man Utd? Let us know in the comments section below.

Tuesday's match will be the first chance for some Liverpool fans to get a glimpse of their new summer signings, with Fabio Carvalho, Darwin Nunez and Calvin Ramsey all included in the Reds' travelling party.

Liverpool will be without the services of Sadio Mane for the first time after the Senegalese star wrapped up his summer switch to Bayern Munich last month – but they will not be the only side missing one of last season's star men in Thailand.

United are set to complete their entire pre-season tour without Cristiano Ronaldo, who is currently back home in Portugal for 'family reasons'. The veteran striker made it clear that he would like to quit the club if a suitable offer for his services arrives this summer just last week. 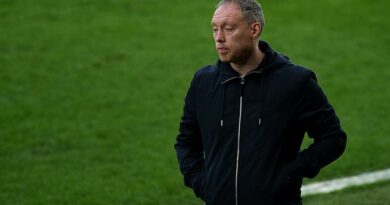