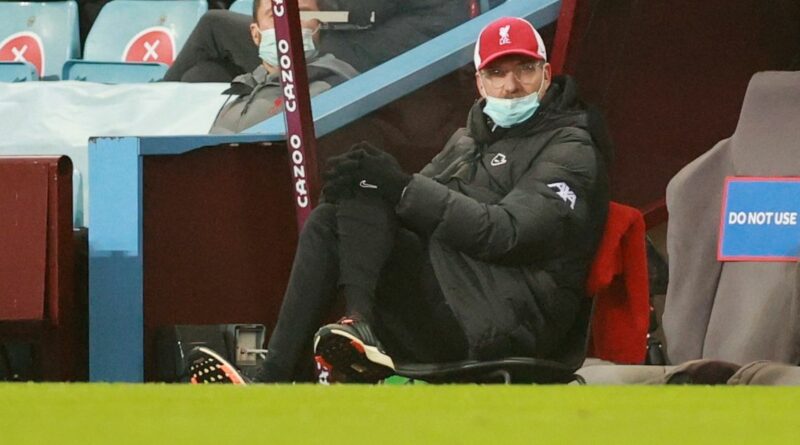 Jurgen Klopp admits Liverpool showed they have "lots of players with no rhythm" during a mixed performance against Aston Villa.

The Reds emerged with a 4-1 victory in the FA Cup third-round tie, but they were way off the pace in the first half and entered the interval 1-1.

While Liverpool fielded a strong XI at Villa Park, their hosts were forced to name a team full of Under-23 and Under-18 players due to a coronavirus outbreak at the club's training ground.

The visitors' far greater experience showed as they quickly built up a lead in the second half, but Klopp was concerned by the overall performance.

Quizzed on how he will use the next nine days to prepare for the vital Premier League clash with Manchester United, the Liverpool boss told BT Sport : "Exactly and that's what we will do.

"Very important. We have a lot players with no rhythm. So we will do a lot of 11 vs 11 situations [in training] because that's a very important thing for football players that we couldn't give them too often.

"Now we have the time and will use it for that yes."

Klopp also paid tribute to Villa's spirited youngsters, who had an average age of just 18 years and 294 days compared to Liverpool's average of well over 26 years.

"Yeah bit more of a challenge than it should have been but first and foremost we have to say that the kids did really well – that's good," said Klopp.

"We scored a nice goal from that moment on didn't pass with the right speed. We had football problems.

"We saw in the second half that the football problems were football. It's good. We needed a little bit longer but then it was completely clear. Completely comfortable and like it should have been."

Pressed on what he meant by "football problems", Klopp added: "Problems in passing and moving against a deep defensive side.

"Too many on the wrong side of the ball for the passes – not enough receivers. We had situations, crosses, chances and shot the ball directly at the goalie – we changed that..

"It was a bit a rusty start but better in the second half."

Was a 4-1 victory for Liverpool a fair reflection of the match? Have your say in the comments.

West Ham vs Arsenal on Monday Night Football: Are the Gunners in a relegation scrap?

Chelsea star was left shocked by Frank Lampard's lack of tactical nous
We and our partners use cookies on this site to improve our service, perform analytics, personalize advertising, measure advertising performance, and remember website preferences.Ok