Jurgen Klopp has admitted for the first time he may be forced to look for an answer to his injury nightmare in the January transfer window.

The Liverpool manager is facing up to a defensive crisis with three of his first choice back line sidelined – and two of them in Virgil van Dijk and Joe Gomez most likely for the rest of the season.

Klopp is also without Mohamed Salah for the top-of-the-table clash with Leicester after his positive Covid-19 test, meaning he cannot rejoin the Reds squad in training until Monday at the earliest.

And the German coach hinted he will have to dip into the market when the window opens.

“We will see. I don't know what we can do in January,” he said when asked if he will try to land a centre-half.

“That we look for solutions in the transfer market – that is clear. But in the moment we have the situation we have.”

That situation has been exacerbated by the absence of Trent Alexander-Arnold, with Klopp revealing he has not yet returned to training following a calf injury.

Salah’s absence has made things even worse, with the manager hinting that he has made clear his displeasure to the Egyptian star after the winger attended his brother’s wedding before joining up with his country on international duty.

“As long as he's positive he cannot be back with the team,” he added. “He's now positive for a while so he will get tested again.

"If that test shows up negative then we will follow the procedure and see when Mo is available for us again.

“There is absolutely nothing to say in the public about the things I talk to my players about. What I can tell you I was in the summer in Germany, a friend moved his birthday party only because of me.

Who should Liverpool sign in the January transfer window? Have your say here.

“Fifty people attended there and I decided at the last minute not to go – and that was only a birthday party and it was allowed in Germany. It was outside but I didn't go.

“That is only one situation. In other situations there are more social pressure on you and a brother's wedding is a very special moment.

"Sometimes it doesn't work out, and something happens and now we are in the situation we are in.

“All the rest is between Mo and me – I said what I said, we spoke in the way we spoke about it. We have done that already. We are fine.”

There was some good news from Klopp, as he revealed that Fabinho, Thiago and Alex Oxlade-Chamberlain are all back on the training ground, and added: "They are in a good way – all closer, but we will see who is close enough for the weekend."

Fabinho is most likely to play, with the manager confirming: “Fabinho was part of normal team training, and what we make of that I don't know yet because I don't know how he reacts.” 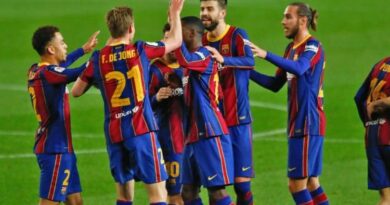 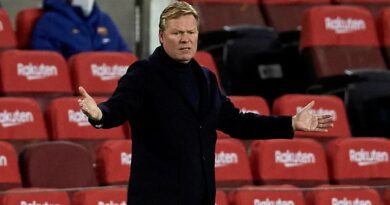