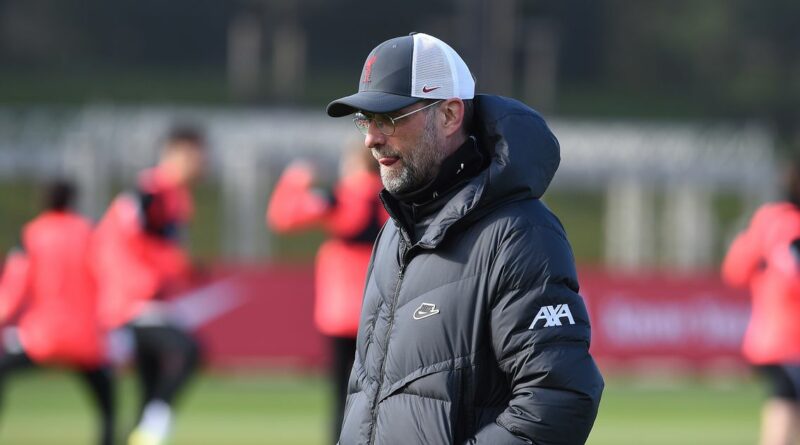 Jurgen Klopp has thrown down the gauntlet to Liverpool's midfielders on the fringes of their starting line-up to win him over in pre-season.

The Kop boss believes the club's training break in Austria is the perfect place for players to show him they're ready to push their way into the first XI.

And the likes of Alex Oxlade-Chamberlain, Naby Keita, Curtis Jones, James Milner and Harvey Elliott have a chance to steal a march on their midfield rivals.

Jordan Henderson, Thiago and Fabinho are now on holiday after their exploits at Euro 2020 and the Copa America so won't join up with their Reds team-mates for another three weeks.

Klopp said: “There’s a chance to make the right steps in the right direction.

“They were close to the first team but didn’t play often enough. So, the door is open.

“A lot of midfielders not here, so come on, take the chance and play the best football you are able to do and then we immediately get options – it’s always like having new signings.”

Liverpool have been linked with midfield signings this summer after the departure of Gini Wijnladum, who left when his contract expired.

What will Liverpool's first-choice midfield be for the 2021/22 season? Let us know in the comments section. But, for now, there seems little appetite for the club to dip into the market for a midfielder with the £36m capture of defender Ibrahima Konate their only business so far.

While Klopp insists none of those who struggled for game time last season have come knocking on his door looking to leave.

Klopp said: “I’m really not in a rush about that. If somebody wants to leave, he can come to me and can tell me and then I think about it.

“Nobody came so far, so obviously no rush from the players’ side as well.

"The market anyway is a really calm one in the moment, I think.

"There was [Jadon] Sancho and maybe somebody else, OK, Konate we did that early, but it’s a really calm window.

“Let’s see what happens and all of these things, but in the moment, everybody has the chance to impress me and I hope they do.”

Liverpool are looking ahead to a new campaign as they look to regain the Premier League title.

And they will hopefully have a full Anfield backing them this term.

After getting a taste of a crowd with 10,000 at their final game of last season against Crystal Palace and seeing packed stadia at Euro 2020, Klopp is relishing supporters returning in large numbers.

He said: “Honestly, my last impression was one of the best I ever got in my life.

“Yes, I can’t wait to have this. That was the best thing I saw around the Euros. We can talk about the football at the Euros, about a lot of things, but seeing the people in the stadium, it was really great.”