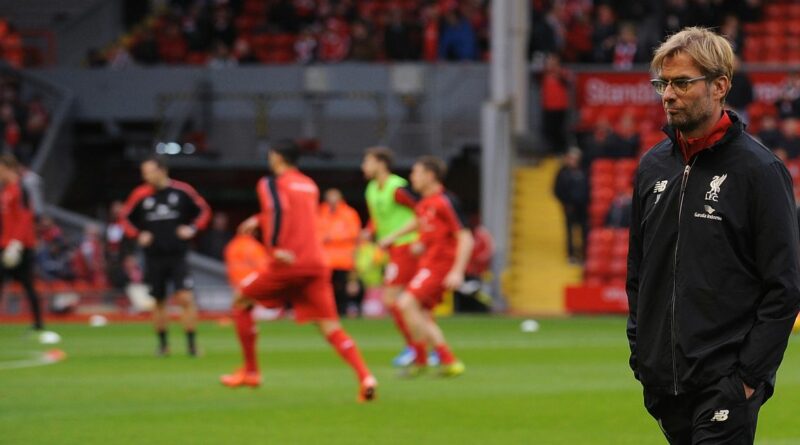 Liverpool face Southampton tonight looking for a win which will keep their hopes of a second Premier League title in three seasons alive.

How it has changed for them under Klopp since he arrived in 2015 to replace the sacked Brendan Rodgers. The Reds had come close to the title before that under Rodgers but they failed to keep up pace with Manchester City.

Klopp has completely transformed the squad to turn them into silverware collectors rather than also rans struggle to get into the Champions League. Daily Star Online looks back at Klopp’s first home league game against Southampton when he took over to see just how much their team has changed and where they are now in their careers.

Mignolet was the Reds number one when Klopp arrived at Anfield but, was soon sidelined for the calamitous Lorus Karius before Alisson Becker's arrival in 2019 finally resolved Liverpool's relentless catalogue of goalkeeping gaffes.

Mignolet spent the new few years in the wilderness for Liverpool after penning a new five-year deal just months after Klopp's arrival. After being starved of action for so long, the Belgian finally departed Merseyside for Belgium in 2019, linking up with Club Brugge in a £6m deal. He remains there, as they chase the Belgian title this season.

Clyne was widely considered one of the best full-backs in England when Klopp rocked up at Anfield back in 2015.

He had just arrived at Liverpool from Crystal Palace with high hopes, but a string of injury issues prevented him from ever really meeting those lofty ambitions. Clyne did enjoy a spell of being Klopp's main man at right-back when fit.

But the emergence of Trent Alexander-Arnold, coupled with more injury woe, led to Clyne quietly drifting out of favour under the German. Clyne made just seven appearances for the Reds in two seasons and had a spell on loan at Bournemouth before he returned to Palace last summer.

Skrtel was one of Anfield's favourite sons when Klopp took charge, but the pair only had a short spell together before Skrtel departed for pastures new in Turkey.

The Slovakian defender made the jump to Fenerbahce at the end of Klopp's first season, establishing himself as a key figure before switching to Serie A side Atalanta – a move which bizarrely only last three weeks before his contract was terminated. Skrtel returned to Turkey briefly with Istanbul Basaksehir before returning to his native Slovakia in 2021 to see out his career with Spartak Trnava.

The 36-year-old is still remembered fondly after just shy of a decade of service at Anfield, amassing over 300 appearances for the Reds.

Sakho arrived at Liverpool a year before Klopp having started every game for France in the 2014 World Cup.

But the defender lasted just one year under the German before he was frozen out for poor conduct, with Klopp revealing the Frenchman had fallen short of the rules set for the team – including showing up late for the team flight and subsequent team meals – on a pre-season tour.

Sakho was farmed out on loan to Crystal Palace in January 2017 before the move was made permanent later that summer for £24m, a deal which remarkably represented a profit on the £18m Liverpool had paid for his services back in 2013. Sakho remained in the Premier League with Palace for four years after penning a permanent deal before linking up with French side Montpellier on a free transfer in 2021.

Moreno was more often than not a scapegoat for Liverpool fans during his five-year stay on Merseyside.

Ironically, the full-back would have been a better fit with Klopp's current side rather than his previous one when you consider the emphasis that's placed on Andy Robertson and Alexander-Arnold bombing forward. Unfortunately, Moreno's defensive shortcomings were ruthlessly exposed on a regular basis, leaving Klopp with little alternative but to seek a replacement.

After being slammed in the 3-3 draw with Sevilla in the Champions League, Moreno lost his spot in the team to Robertson and never regained it. Moreno departed Anfield on a free transfer in the summer of 2019, linking up with Villarreal where he's continued to struggle for regular football – although he did pick up a Europa League winners medal after netting a penalty in the shootout win over Manchester United.

Milner is just one of two survivors from Klopp's first home starting XI who remain at Anfield to this day.

The versatile veteran has now racked up almost 300 appearances in all competitions since linking up with the Reds back in 2015. Klopp has hailed Milner for his versatility which has seen him play both full-back roles as well as central midfield in recent seasons. The veteran came on in Saturday's FA Cup win against Chelsea to help give the Reds some control in midfield. He's expected to start against Southampton.

Brazilian midfielder Lucas departed Anfield in 2017 as a cult hero following a decade of unwavering service.

Lucas racked up just shy of 350 appearances in all competitions and was a dependable performer for the season-and-a-half that he played under Klopp. Since departing Liverpool, Lucas has found a new home in Italy with Serie A side Lazio. He was voted as the club's player of the season in his first year in Rome and continues to be a vital player for the Italian club.

Can evolved into one of the Premier League's most accomplished midfielders during Klopp's watch before deciding to depart Anfield in the summer of 2018 – despite his boss pleading with him to remain in England.

The German midfielder revealed all after switching to Juventus, saying: “He was disappointed [Klopp]. He wanted me to stay in Liverpool but accepted my decision. He also knew that it was not a decision against him or against Liverpool, but for a new challenge at Juventus."

Unfortunately for Can, his Turin transfer failed to work out and was shipped out on loan, ironically, to Klopp's old club, Borussia Dortmund back in 2019. The move was made permanent the following year, with Klopp's former side now enjoying the man he was so desperate to keep.

Lallana is one player who established himself as a vital cog in Klopp's side during his first couple of years in the Premier League.

The England international's technical ability and adaptability allowed him to fill a number of roles as Klopp found his feet in the Anfield dugout. Injuries held Lallana back from claiming a more prominent role under the German, but he did manage to lift both the Champions League and Premier League trophies during his six-year spell at Liverpool.

The 33-year-old Southampton academy graduate is currently with Premier League rivals Brighton after returning back to the South Coast in the summer of 2020, but has struggled with fitness.

Despite Liverpool's best attempts to persuade him to stay on Merseyside, Coutinho was lured to Barcelona for big bucks in January 2018.

The Catalan giants forked over a whopping £143m for the Brazilian – a figure that was too good for the Anfield hierarchy to refuse. But Coutinho struggled in Spain and spent time with Bayern Munich before returning to the Premier League to play under former team-mate Steven Gerrard at Aston Villa. The move was recently made permanent for just £17m – a whopping loss for Barcelona.

Alongside Milner, Origi is one of just a handful of players who remain from Klopp's early days at Anfield.

The Belgian striker, just like his manager, has ensured that his name will go down in Reds history with some massive goals – including his strike in the Champions League final triumph over Tottenham. He also scored big goals in the semi-final that year to complete a remarkable comeback against Barcelona to reach the Madrid decider.

Origi scored a big goal against Everton recently after coming off the bench to change the game. His contract with the Reds is up this summer and it doesn't look like he will sign a new deal. 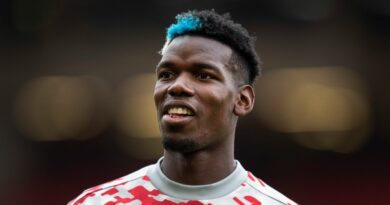