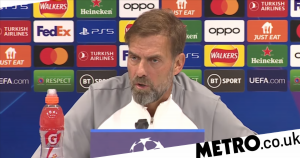 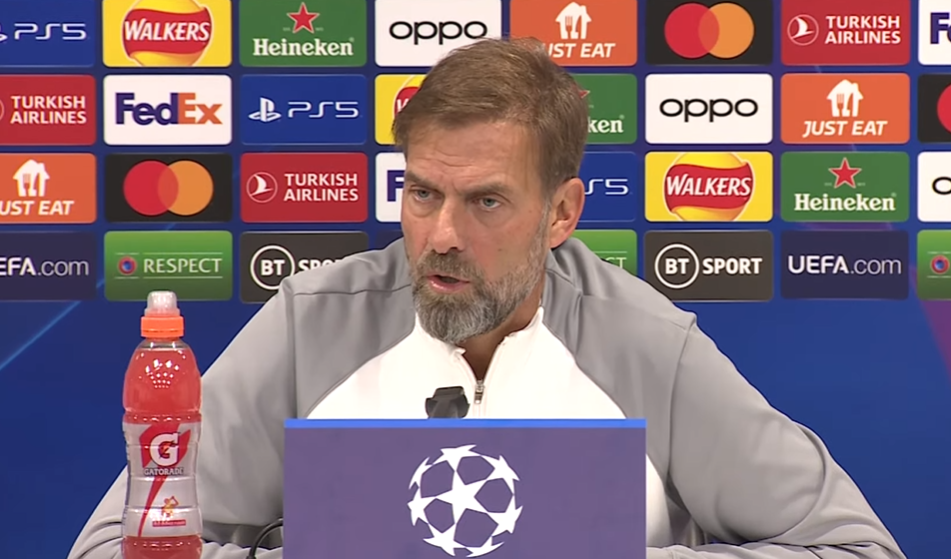 Jurgen Klopp insists it is far too early to judge whether the current Liverpool side have come to the end of their cycle and has vowed to give everything to turn their fortunes around.

The Merseysiders lost back-to-back matches against teams in the relegation zone for the first time in over a decade after defeats to Nottingham Forest and Leeds United, and they are now closer to the bottom three than the top four.

With a number of ageing players in their team, it has been suggested that Liverpool’s dominance over recent seasons is coming to an end and a new cycle – with new players – needs to begin.

Asked if he is concerned that the current Liverpool side have reached the end of their cycle and are now simply in decline, Klopp responded: ‘I think the judgement for this will be later on in the season. Maybe at the end of the season people will say, “OK well obviously now that’s it for this group of players” whatever, or for this manager, whatever the question will be asked then.

‘But in the moment it’s not 100 per cent fair to judge the team – and that means the squad, obviously – because we never had them available, we miss now especially up front top-quality which is not helpful. That doesn’t mean the others aren’t top quality, they have that, but with the amount of games we have you usually would make changes but we can’t do that.

‘Similar situation in midfield for a long time, plenty of players who are out or were out, came back, and these kind of things. So we’ve had this [injury problem] pretty much everywhere.

‘Even if it’s unfair [to say Liverpool are in decline] it’s fine because that’s normal, that’s our life. You are absolutely right to ask these kind of questions but we have to answer that probably later on. But we are all there to be judged, it’s completely fine. Manager, players, that’s how life is in professional football.

‘But in this moment I do not think about that at all because we cannot change it anyway, so we have to go through this. And if you want to get out of something, very often first of all you have to go through it and that’s what we are doing obviously – yes with some highlights, but with some lows as well, we see that.

‘We saw it now only recently [against Leeds]. You can judge single moments and say “How can we do that?” The second goal, oh my god, I still woke up at night because of the goal. But there is a reason why it happened.

‘Is it the right reason? No. But you can see in this situation the boys wanted to win the game, that’s actually the message from this situation. Instead of defending the draw in this moment, you can see we don’t want to have a throw-in for Leeds because then they can play time down.

‘We don’t close the centre because we expect to win the ball, which means we are already in a better position when we win the ball, and in the end from outnumbering Leeds in three different situations we end up with a one-v-two in the box.

‘In this game as well we had really good moments where the Leeds goalie had an exceptional game. You have to work on that as well and use that, that’s the challenge in the moment: avoiding the mistakes, obviously, and keeping the good things in and then you get there step by step.

‘It was never going to be a quick fix and now that has been proven. But we will not stop fighting. I haven’t read anything, but now everything will be judged about me now as well – which is absolutely fine. When people look at me they will say he looks tired or whatever, that’s normal as well. But I’m not [tired], I’m not, I cannot give that excuse.

‘My job is not only being here when the sun is shining and somebody gives us a trophy, my job is as well to be there when we have to go through a really rough period and I will do that with all I have, 100%.’

He added: ‘It’s a rough moment, no doubt about that, and nobody is flying here like “life is great” but there is only one chance to face it: go for it. And that’s what we will do.’ 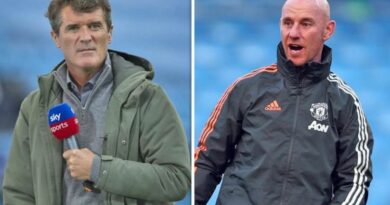 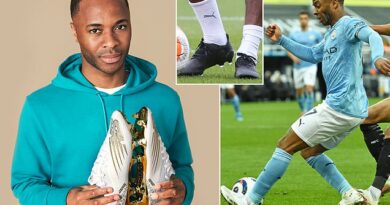