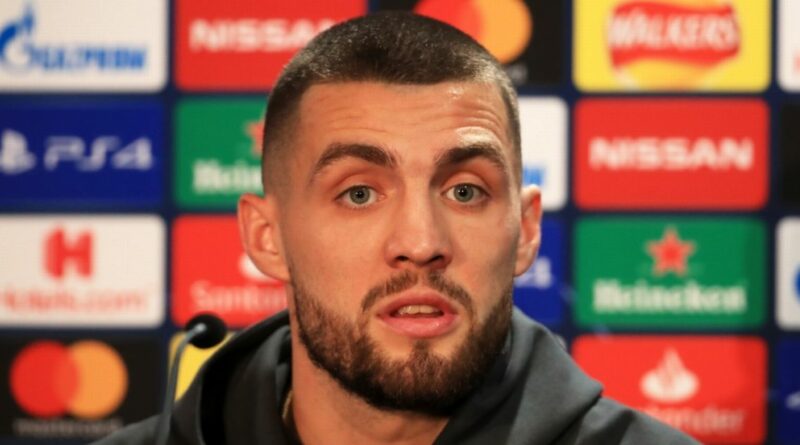 Chelsea midfieder Mateo Kovacic has hit back at Pepe’s claims that the Blues celebrated drawing FC Porto in the Champions League.

Thomas Tuchel’s team face the Portuguese giants on Wednesday in the first leg of their quarter final clash.

Pepe made headlines in the build-up to the game in Sevilla, suggesting that certain players within the Chelsea squad were looking past his side.

"It was public that Chelsea players celebrated the draw,” the Portugal legend said.

But Kovacic, who played with Pepe at Real Madrid has labelled that accusation as strange and claimed that they are fully aware of how difficult the tie will be.

He said: "No, [and that's] strange to hear that from Pepe because I played with him for three years. So I don’t know what he means or if he actually said it. But of course not.

“Me, I didn’t celebrate because when I played before with Real Madrid I know that in these stages there are no lucky opponents or bad opponents. This is a tough draw.

"Porto is an amazing team, which we saw against Juventus and they knocked out them so it is a big opponent out.

“They showed a great character, a great team spirit and we need to show that as well tomorrow. And we need to try our best to go through them, but it will not be easy."

Kovacic also refuted responded to Pepe’s dig about the value of Tuchel’s squad, claiming that it will make no difference when the two sides are out on the pitch.

Asked if having a more expensive squad will help Chelsea, the midfielder added: "No that will not give you advantage [on the pitch]. For sure not. The advantage we need to have is on the pitch because Porto is a tough, tough opponent. We saw against Juventus.

“They can play against any team, but we are as well a good team and we have prepared ourselves very well for that game and I am sure we will show that tomorrow.

"It depend on the pitch, it is nothing to do with budget. It is all about the pitch."

Fulham are staring at relegation with a record goals against total