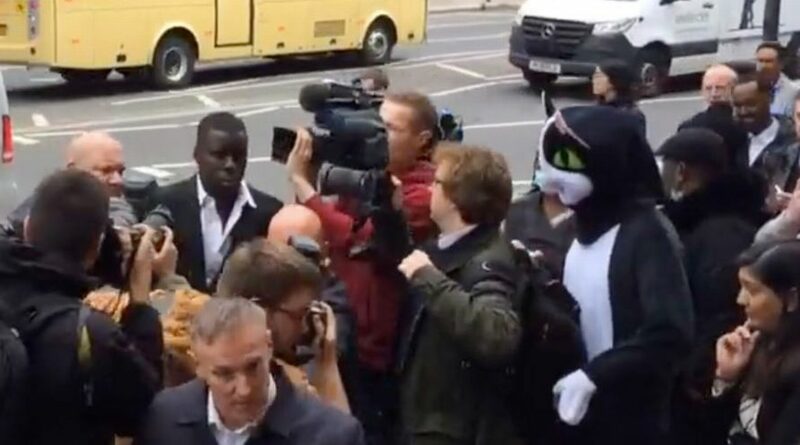 Meow! West Ham star Kurt Zouma looked like a cat caught in the headlights as he tried to dodge our giant 6ft 7in moggie outside court this morning.

Zouma, who last week pleaded guilty to two counts under the Animal Welfare Act, got collared by our larger-than-life tabby on his way to sentencing at Thames Magistrates Court.

The £125,000-per-week defender tried his best to ignore the furious feline. But his nine lives ran out as our puss among suits, sporting a tail only slightly longer than Zouma’s charge sheet, got his point across before the disgraced claw-breaker went in to discover his fate.

Our intrepid moggie got in amongst the litter of press gathered outside Thames Magistrates Court and even found time to pose for a picture in front of the court's signage. Unsurprisingly, the 27-year-old sourpuss defender didn't want to know.

Zouma found himself in the doghouse earlier this year after shocking footage of him slapping and kicking his cats went viral after being shared on Snapchat by younger brother Yoan, 24, who admitted one offence during the hearing last week.

Hammers boss David Moyes stuck by Zouma in the immediate aftermath of the incident, selecting him for their 1-0 win over Watford one day after the video emerged. He has played 18 times since the clip surfaced in February, dampening suggestions Moyes might dip into his transfer kitty to replace the French international in the summer.

Zouma was forced to apologise for the incident, fined £250,000 by the Premier League club, and had his animals taken away by the RSPCA as the fallout from the shocking footage went cat-o-spheric.

During a court appearance last week, he admitted two counts of causing unnecessary suffering to a protected animal on February 6.

In the video, Zouma could be seen booting his Bengal cat across the kitchen, before throwing a pair of shoes at it and slapping its head.

The Daggers confirmed on Tuesday morning that Yoan, 24, had been offered a new contract ahead of the 2022-23 season. He signed for the Essex club in December but has so far only made eight appearances for the side. 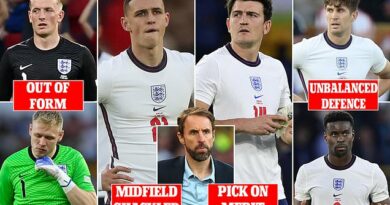