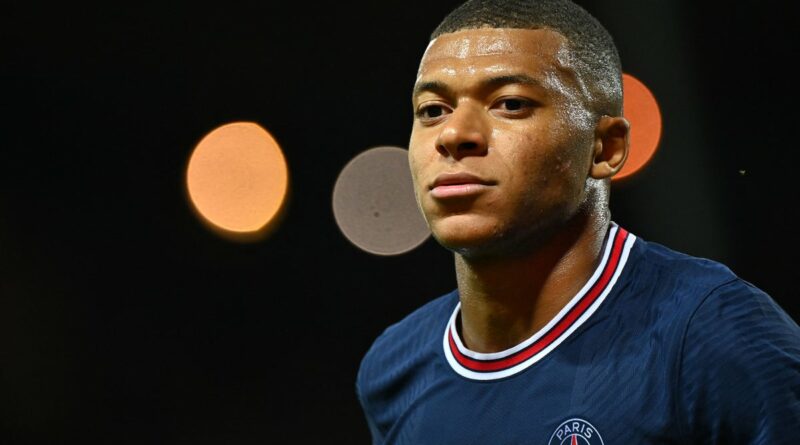 Mbappe, born in Paris, was the true jewel in PSG’s crown

Real Madrid are increasingly confident of prising Kylian Mpabbe from Paris Saint-Germain in a deal worth around an initial £145m, which leaves other clubs vulnerable to the Ligue 1 side’s attempts to bring in a headline replacement.

The impending loss of a player predicted to become the best in the world has overshadowed PSG’s blockbuster recruitment of the current holder of that status, Lionel Messi.

For all the fuss around the pendulum swing in Manchester over Cristiano Ronaldo, it is the movement of the 22-year-old Mbappe that has the capacity to cause chaos in the closing days of the window.

For PSG, this is about more than just the ceding of a primary asset. Mbappe, born in Paris, was the true jewel in the club’s crown and the star they most wanted to design their long-term ambitions around.

When he was signed from Monaco in 2017 ahead of Real Madrid and Manchester City, the president, Nasser Al-Khelaifi, billed the transfer as a victory for not just PSG but the country as well: “It was essential for French football that we keep and help develop such a great talent in our championship.

“Among players of his age, he is without doubt the most promising in the world due to his immense technical, physical and mental qualities.”

Mbappe’s refusal to ink fresh terms with PSG and his insistence on joining Real now – or on a pre-contract in January as a free agent – has severely dampened a window in which the club felt it was the centre of the football world.

It has also massively annoyed their hierarchy, who feel the forward is betraying a project he was meant to be the face of for an inferior state of play in Madrid.

Real have cleverly played on Mbappe’s long-held love for the club and the fact that he would be the undisputed poster boy of the Bernabeu – like his idol Cristiano was – and in a way that is not possible in France due to Messi’s presence.

PSG’s designs will be to replace him and put a positive spin back on their business this summer. This has unsettled several clubs in England and beyond.

Super agent Mino Raiola has been approached about the possibility of forcing Erling Haaland out of Borussia Dortmund, while Paul Pogba has been coveted for an age to fulfil the blueprint of building a super team that is still powered by Parisian talent.

Dortmund were robust in knocking back Chelsea’s approaches for their prolific marksman, informing the London side two months ago that it would take €100m (£86m) euros over his €70m (£60m) release clause – effective from July 2022 – to get him.

It is understood that any late bid at this late stage would need to eclipse that figure. Though Dortmund are not minded to lose Haaland, 21, their business model suggests such staggering money can’t be turned down, especially after the financial impact of the global pandemic.

This largely applies to most PSG attempts if Mbappe exits, especially if their target agitates for a switch.

Pogba was part of the plan for next summer, but it would not be a surprise if there was a crack at bringing that forward given the acclaim he enjoys in France, although United would back themselves to bat away any such action.

Everton’s Richarlison is also a player PSG have considered for a long time and is viewed as easy to get despite Rafael Benitez insisting a sale is not on the cards.

Mauricio Pochettino tried to sign Sadio Mane for Tottenham before the Senegal international chose Liverpool, while Mohamed Salah is seen as a phenomenon that commands significant commercial pull.

PSG are well aware that trying to lure either out of Anfield at this juncture of the window would be impossible.

Ultimately, however, there are plenty of clubs uncomfortably waiting on the Mbappe saga to near an end to see what effect it could have on them.

Conversely, agents are waiting to pick up the phone and negotiate mega money for clients linked to Parc des Princes.

It is only just over two weeks since PSG signed the best player in the world and yet Messi is already old news. Everyone is strapped in to discover who the new shiny thing will be if Mbappe is granted his wish to wave goodbye.