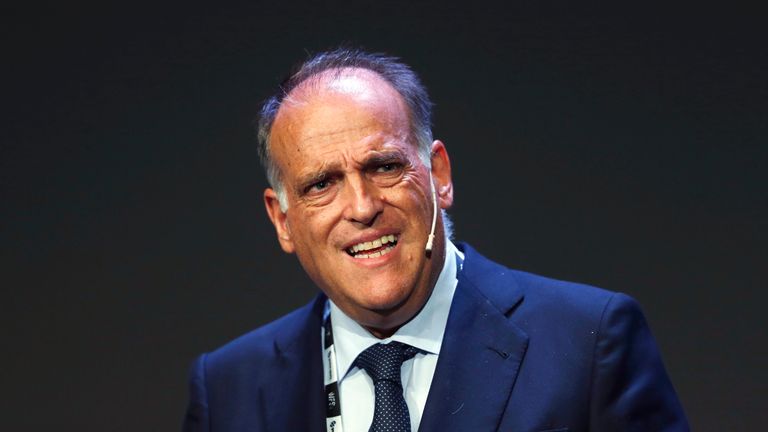 Leagues and clubs are preparing to push back on UEFA’s Champions League reforms in the wake of the European Super League’s collapse.

Controversial changes to the continent’s premier club competition from 2024 – including increasing group stage matches from six to 10 and awarding two qualification places based on historic performance – were approved by UEFA last month but were overshadowed by the launch of the Super League.

The changes were viewed as compromise measures which would favour the continent’s biggest clubs and ward off the threat of a Super League – something they clearly failed to achieve.

Following on from the Super League’s swift collapse, Premier League chief executive Richard Masters has now called for a “rebalancing” in how European football is governed, towards the leagues, the wider group of clubs and supporters, rather than a system which is dominated by the small group of elite teams.

Javier Tebas, La Liga’s president and the host of Thursday’s Club Advisory Platform (CAP) of the European Leagues umbrella group, believes the breakaway competition’s demise has changed the nature of the discussions.

“I think with this collapse, and the shock, I am sure that everyone – UEFA and the leagues – is now more open to defending our own ecosystem,” he said.

“I’m totally convinced there will be agreements within UEFA because of the dangers of this Super League ideology that still exists.”

Tebas described the historic coefficient places as a “shortcut” to success, and said jumping from six matches to 10 under a new ‘Swiss model’ format was very risky.

“What is really striking for us and what really worries the leagues is that if they go to 10 matches, this cannibalises the value of the broadcasting rights nationally for each of the different leagues,” he said.

“The best thing would be eight matches. For me it would be better [to be] six, but we could agree to eight. If we try eight matches and we see that it doesn’t cannibalise the national markets, then maybe we could go up [to 10 matches].”

Anthony Blackburne, European Leagues’ business development and knowledge centre manager, said the UEFA formats were not yet set in stone and that negotiations would continue until the end of the year.

“UEFA has mentioned that potential adjustment to the format that was approved on April 19 could still be made if necessary,” he said.

“Obviously there is a lot to be debated and discussed over the coming months.”

Crystal Palace chairman Steve Parish, who also spoke at the CAP, said there was still a great deal of competitive imbalance in European football which needed to be addressed by UEFA and its president Aleksander Ceferin, who sent a pre-recorded video address to the meeting calling for unity and stressing the importance of the “smallest stones” in football’s pyramid.

“It’s constitutional change at UEFA [that is required],” Parish said.

“We really need to use this gift that we’ve really been given of this terrible idea of a Super League to effect change. 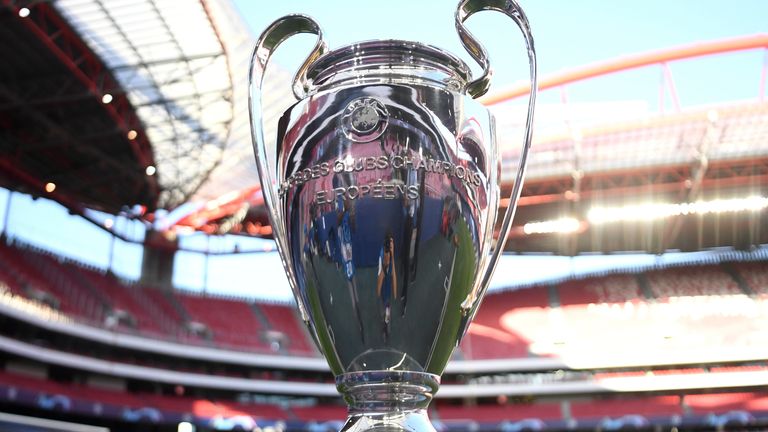 “We must realise that although we’ve won one battle [the Super League] I really don’t believe that yet we have won the war.

“Mr Ceferin said some nice words but we need to see a fundamental change in governance, and a representation of the whole of the game and not a select group of clubs that he happens to be very close to.”

Parish, who disagreed with the idea of clubs “leapfrogging” into the Champions League based on past performance, also seized on a suggestion by Serie A chief executive Luigi Di Siervo calling for the introduction of salary controls in top-level European football.

“I certainly agree with Luigi around salary caps, because I think we all want the same thing – we want to keep the dream alive,” he said. Jonas Baer-Hoffmann, the general secretary of world players’ union FIFPRO, did not agree that a salary cap would bring about more even competition.

“I think there’s very flawed thinking around salary caps being the solution to this problem,” he said.

“There are of course all kinds of legal problems [with a cap], but the real point is what would be the impact on competitiveness?

“If you skipped the idea of a hard cap, which is legally quite impossible, you’re talking about a percentage cap. But normally speaking, the larger, more dominant clubs already have a lower share of wages to revenue than the ones who are trying to compete with them.

“So it would actually harm competitiveness. And I would like to ask, if it was the solution to competitiveness, why would a club like Juventus advocate for it favourably? Certainly not to get their competitors in a better position to win titles.”