Frank Lampard has admitted his Chelsea side will have an advantage heading into Sunday's Premier League clash against Jose Mourinho's Tottenham.

Chelsea boss Lampard will face his former mentor Mourinho and his table-topping charges in a London derby at Stamford Bridge on Sunday.

It promises to be one of the biggest fixtures of the season so far, with Chelsea in third spot, just two points behind leaders Spurs and second-placed Liverpool.

But Lampard knows his side will have two days extra rest over Tottenham because of both team's respective European commitments.

Chelsea travel to face Rennes on Tuesday knowing a win will secure a place in the Champions League knockout stages, with Lampard's side having won all three of their Group E games so far.

Tottenham are in a similar position of strength in the Europa League having won two of their three matches – but must wait until Thursday for their Group J clash at home to Ludogorets Razgrad.

That gives them just two days' rest before a trip to face their fierce rivals – and Lampard knows Mourinho won't be happy.

Lampard was asked if he felt sympathy with his former Chelsea boss as he gave a press conference ahead of the Rennes game.

"I’m not sure, with the Europa League contenders, in terms of what team José can pick."

Tottenham beat Manchester City 2-0 on Saturday to go top of the Premier League – and Lampard expects Mourinho to rotate his squad for Thursday's game with the trip across the capital looming large.

But he admits motivation shouldn't be a problem for Sunday's showdown even if players are tired after a busy return to domestic and continental action.

"He’s got a very strong squad, he can make rotations, so that remains to be seen," said the Chelsea manager. "I think they're in a strong position in their group.

"And then have three days of recovery for Sunday. And Sunday, for both teams, if you’re not going to get up fresh and ready to attack a London derby, then you shouldn’t be in this game, and that goes for both teams.

"So it remains to be seen. José will probably make some rotations for their Europa League game." 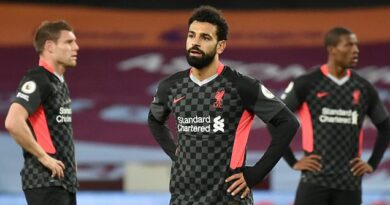