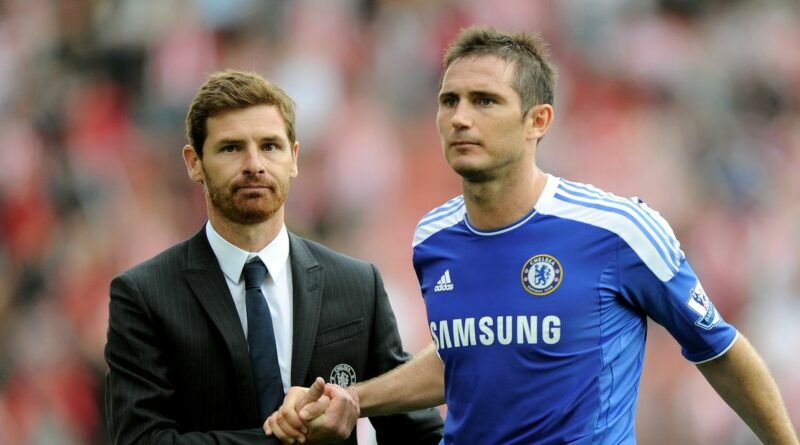 Gary Neville has suggested Frank Lampard may have received a taste of his own medicine after being sacked by Chelsea.

The former Blues legend was handed his P45 last week just 18 months into his managerial tenure at Stamford Bridge following a disappointing run of results.

While pressure had been mounting on Lampard, his axing still came as a shock given his hero status at the club.

But Neville believes his old England colleague can be the "least surprised" by Roman Abramovich's decision, particularly in light of his role in getting rid of one of his former bosses.

Speaking on The Gary Neville Podcast , the Sky Sports pundit said: "I think because of the rumours that came out of Stamford Bridge and the media before, it wasn’t really a shock.

"I thought initially he would get more time, just to let them settle in but you can’t be surprised by Chelsea.

“I go back to in Napoli eight or nine years ago, when [Andre] Villas-Boas had picked a team in the afternoon of a Champions League game. And he left out Frank Lampard, Michael Essien and another big player at that time.

“And I remember Chelsea players at that time ringing up members of the media and trying to get him out. And Frank was part of that group.

"And it has been really a brutal football club for managers for many many years, and Frank has suffered that brutality last week, so he should be the least of all surprised because he has been at the club when Villas-Boas was sacked, [Luis] Scolari, and all the rest of them have come and gone."

Lampard struggled to get the best out of his Chelsea team despite the club spending more than £200million on new signings in the summer.

The likes of Timo Werner and Kai Havertz failed to produce their best form under Lampard's guidance, eventually causing Abramovich to go in a new direction.

Thomas Tuchel has since made a decent start to life in the spotlight at Chelsea as Lampard's successor, earning four points from his opening two matches, including two clean sheets.

But ex-Tottenham boss Harry Redknapp claims his nephew Lampard did not want the majority of the players brought in by Chelsea in the off-season.

“Chelsea spent fortunes on new players and as manager you’re under pressure — not only to play them — but for them also to be an instant success," Redknapp wrote in his column for The Sun.

How will Chelsea get on this season with Tuchel in charge? Have your say below.

“When they don’t, like the two Germans Timo Werner and Kai Havertz, then the buck stops with the boss.

“But I’m sure Frank isn’t the one behind all the signings Chelsea have made.

“I’d say the only one he was mad keen on getting was Ben Chilwell. That’s how crazy the game has become.”