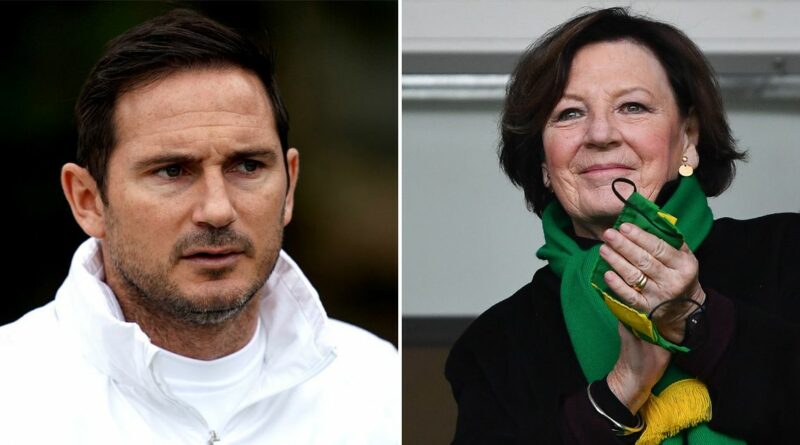 Frank Lampard reportedly entered talks with Norwich over their vacant managerial position earlier this week – and his potential appointment would mark a unique moment in football history.

The Canaries are on the hunt for a new manager following the dismissal of Daniel Farke, who was sacked just a few hours after claiming their first Premier League win of the season away at Brentford on Saturday night.

Reports suggest Lampard, who has been out of work since being sacked as Chelsea head coach in January, is holding discussions with Carrow Road chiefs after being pinpointed as one of their three leading candidates.

And should he land the job, the Blues legend would become one of the first managers in history to have a larger net worth than his owner.

According to Celebrity Net Worth, Lampard is still valued at a healthy £66million five years after calling time on his glittering playing career.

Do you think Frank Lampard would be a good appointment for Norwich? Let us know in the comments section below.

That dwarfs the figure of Norwich majority shareholder and famous cook Delia Smith, who is worth £27million.

Lampard is worth more than twice as much as Smith, which would certainly provide an unusual dynamic between manager and owner.

During his final years at Chelsea as a player, Lampard was understood to be on a salary of £8million per year. Then, after collecting around £9million for his final two stints with Manchester City and New York City FC, the former England international pocketed close to £6million for his 18-month spell as Chelsea head coach.

As for Smith, she first ventured into television cookery in the 1970s and announced her retirement in 2003 before returning five years later for an eponymous six-part series on the BBC. The much-loved cook appeared in several other programmes until she retired from television for good in 2013, while she also published a host of best-selling books.

After bowing out from TV, Smith revealed she would instead be concentrating on offering her recipes online.

The 80-year-old is always present to watch her beloved Norwich at Carrow Road, where Lampard could be on the touchline in the near future.