“How do we normalise someone’s sexual preference, so people don’t feel like they have to live behind a curtain their whole life?”

That’s the question US soccer superstar Landon Donovan, head coach of USL Championship side San Diego Loyal, poses in an exclusive interview with Sky Sports News after a member of his squad was subjected to homophobic abuse on the field of play in September.

Collin Martin, the only out gay player in US professional men’s soccer, and his team-mates walked off the pitch in protest after Phoenix Rising player Junior Flemmings used a homophobic slur.

Flemmings denies any wrongdoing but has since received a six-match ban and was fined for the incident.

In the footage that emerged, Donovan was clearly incensed on the touchline as he spoke with the referee and Phoenix manager, Rich Schantz, about how to proceed after the conclusion of the first half.

A week before, Loyal’s player Elijah Martin was racially abused by LA Galaxy second-team player Omar Ontiveros, who was subsequently handed a six-match ban and fined. Loyal decided to forfeit the match – which had ended in a 1-1 draw.

“We didn’t do anything during the game, unfortunately,” Donovan told Sky Sports News. “And then after the game we dealt with it. But then the subsequent week was a really difficult week for our group.

“So my first reaction was kind of like a father, I reacted so emotionally because I was so sick of seeing our players go through this.”

The former LA Galaxy and Everton player returned to the dressing room to find a “bizarre” atmosphere at half-time as he and his players came to terms with what had happened. 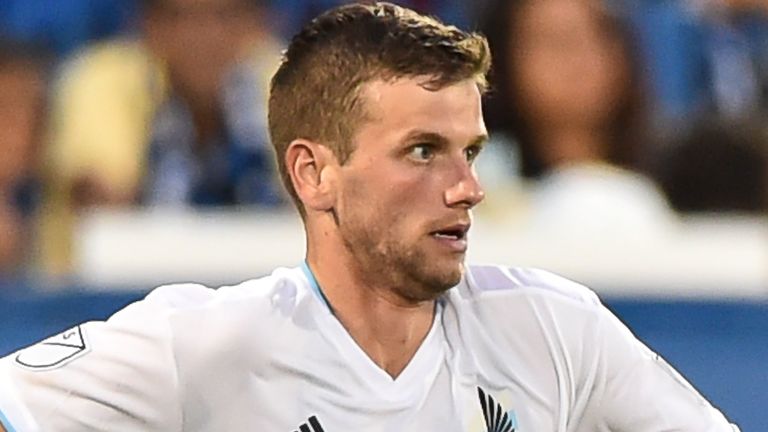 “We had to keep reminding him that he didn’t do anything wrong, he did the right thing by saying something. We are very adamant now that if you see or hear something you need to speak up and you need to act.

“That’s what he did and that’s why, in my mind, he is a hero for what he did.

“We spoke over and over, in the days following and it was hard but I think he realises that it was a really powerful message to send.”

The situation is still far from resolved, though. Donovan is adamant that Flemmings must own up to what he has done and apologise to Martin – “it doesn’t have to be public, nobody has to know” – so they can “start the healing process”.

“He needs to come to terms with that so that we can all heal. It’s a hard thing to do to apologise and to admit wrong, but it is an important step.

“We are very open and willing to help, not in a condescending way, help educate people why that is so important.”

Martin is one of the few out gay footballers currently playing at a professional level and Donovan is concerned that incidents such as this will discourage more players feeling able to to do the same.

He wants harsher penalties, including points deductions, to be brought in by governing bodies and leagues to ensure football clubs are unable to ignore discriminatory behaviour internally.

“Hopefully if we get this behaviour out of the game, it will be more and more comfortable for people to be themselves and not have to worry about being discriminated against,” Donovan said.

“I played with a gay player, Robbie Rogers, who played at Leeds, and it’s really difficult for someone like that to make a powerful message and come out. But that should be normalised.”