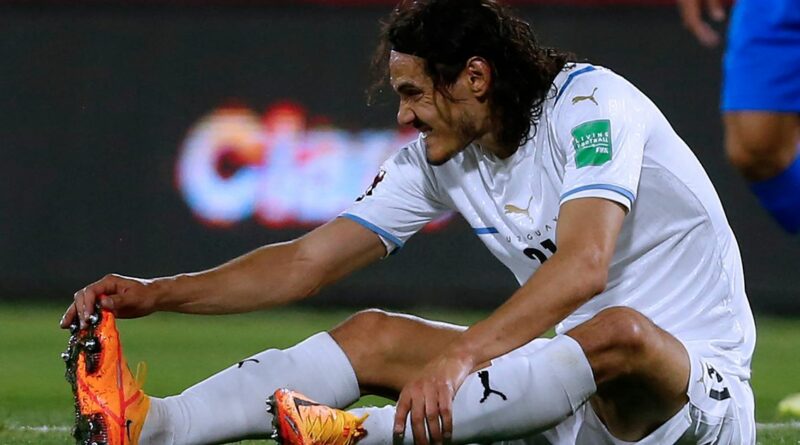 Football fans have brutally mocked Manchester United for "one of the worst decisions" the club has made after Edinson Cavani picked up another injury whilst on international duty.

Last summer the Uruguayan forward, 35, was handed a one-year extension to extend his stay at Old Trafford but has barely featured due to injuries and the return of Cristiano Ronaldo. Desperate to feature in La Celeste's World Cup qualifiers, Cavani rushed back from a groin strain in order to represent his country but now looks destined for another spell on the side-lines.

El Matador managed less than half an hour of Uruguay's eventual 2-0 win against Chile before being replaced by former Liverpool and Barcelona ace Luis Suarez. United now face an agonising wait to discover the nature of the injury and how long Cavani can expect to be out.

Already enduring a frustrating season in Manchester, the veteran striker has made just 17 appearances this season, managing just two goals. Now it seems Cavani's latest injury is the final straw for some United fans who have slammed the decision to extend his stay at Old Trafford.

"One of the worst decisions we made when we renewed to him, injury after injury, he hasn't even completed 3-4 consecutive games this season, just horrible." tweeted one disgruntled supporter.

"Vacation player. This guy has been injured all this while and the time he's fit to play for us. He decides to go get injured again," jibed another.

HAVE YOUR SAY! Will Edinson Cavani play for Manchester United again? Let us know in the comments section.

"What a f***ing surprise that is lmao. First Pogba now Cavani both players that are leaving this summer. Very strange that," commented a third.

Missing five of United's last seven matches with a groin strain, Cavani did make two fleeting appearances from the bench before heading to South America. The six-time Ligue 1 champion braced the Theatre of Dreams for the final 10 minutes of Man Utd's 3-2 win over Tottenham in the Premier League before a 15-minute cameo showing in the Champions League exit to Atletico Madrid.

Though the brief appearance against Atleti could prove to be Cavani's final game for the Red Devils. The Uruguayan is out of contract at the end of the current campaign and this summer United are not anticipated to offer him extended terms.

Any substantial injury would rule him out for the remainder of the season – and there is the prospect of regaining fitness ahead of the World Cup in November. Now in the twilight years of his career, the Qatari tournament promises to almost certainly be Cavani's last showing 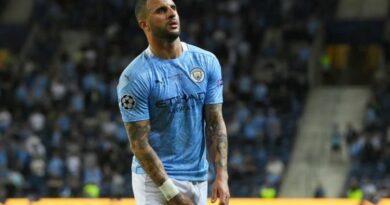