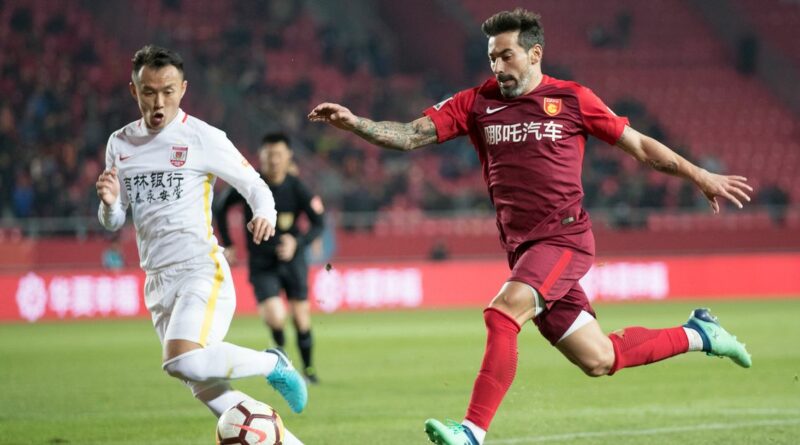 Ezequiel Lavezzi was once one of Europe's most coveted wingers, and he excited PSG and Napoli audiences during the early 2010s.

With his contract in the French Capital expiring, Lavezzi was generating interest from across Europe, and further.

However, when the time came to make a decision, the Argentine winger turned down moves to Manchester United and Chelsea to earn millions in the Far East instead.

Hebei China Fortune was the then 30-year-old's destination, and he signed on the dotted line to pocket a handy £400,000-per-week.

"I could have signed for Inter [Milan], Chelsea or Manchester United," Lavezzi told the local media when he was unveiled by Hebei China Fortune.

"But I made the decision to go to China. It's an important choice for my career, I'm sure I'll face many challenges here.

"I like the project to develop this club. It was that which convinced me to come to Hebei, as well as the financial aspect.

"I'm also fascinated by Chinese culture, so to come and play here is definitely an interesting challenge."

What do you think of Lavezzi admitting the financial aspect played a role in the move? Let us know in the comments section

However, Lavezzi failed to hit his European highs in the Chinese Super League, and he struggled with injuries.

The 36-year-old's time in China is best known for an incident that left the winger, and the club, having to apologise for racism.

Lavezzi was snapped at a club photoshoot pulling the corner of his eyes back, Hebei China Fortune apologised, but also said they were meant to be 'light-hearted' and 'wacky'.

"I deeply apologise if this photo has offended the Chinese public and fans. I will be more careful in the future," Lavezzi said.

The 36-year-old saw his playing days out in China, and after three years at Hebei he hung up his boots in 2019.

"They were amazing years," Lavezzi wrote on social media when he confirmed his retirement.

"Years marked by learning, unique moments and lots of that will stay in my heart. I will always be grateful to those who have stayed by my side this journey."